Steinmayer named Lesley’s seventh president, seeing its path to be a ‘driving force of change’ 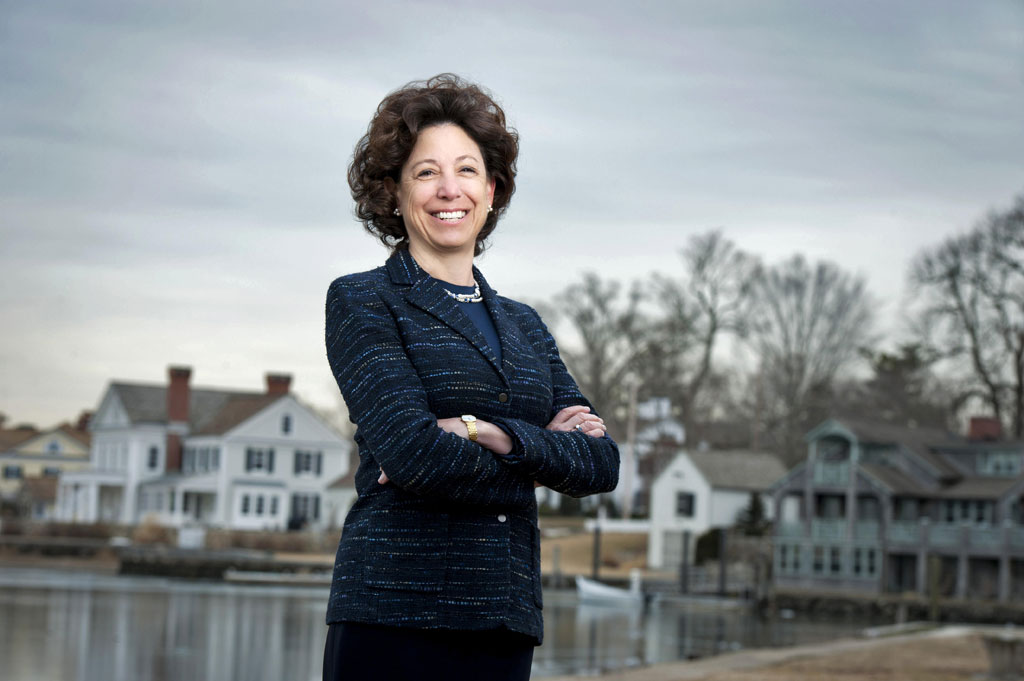 Steinmayer named Lesley’s seventh president, seeing its path to be a ‘driving force of change’

Hansen had been interim president since Sept. 1; previous president Jeff A. Weiss resigned in June due to personal health reasons after serving for a little less than two years.

Steinmayer – whose son graduated Lesley’s Threshold Program – has been on the Lesley board of trustees for a decade, suggesting she’ll arrive with extensive knowledge of the school. “I clearly see Lesley’s path to being a driving force of change,” she said Tuesday.

In a letter to her students and staff at Mitchell, Steinmayer said there was “really only one opportunity that could draw me away” – Lesley, where her son’s connection with the school became a major factor in the job change. “This new role will allow me to be closer to him. So this was in many respects a personal decision,” she said.

Mitchell is a private, nonprofit liberal arts college founded in 1938, estimated to have around 800 full-time students.

She arrives at Lesley at a time of expansion, including the $25 million acquisition of 4.4 acres near Harvard Square to grow its Brattle Campus and the completion of a $7 million animation facility within the $47 million arts center opened in Porter Square several years earlier.

“Not only has Lesley completed incredibly important work to unite all four of its schools in Cambridge and acquire the real estate that will allow for the planned increases in programs, services and support for students,” but is also preparing to offer bachelor’s and master’s degrees in social work, more graduate-level programs, partnerships for off-site bachelor’s degree-completion programs and additional offerings for “post-traditional learners,” Hansen said.

Lesley has an endowment of $190 million and educates 6,400 students a year in fields that include education, the arts and psychology.

Steinmayer, with a bachelor’s degree from Bryn Mawr College and a doctorate from the University of Chicago, has extensive private sector experience, including as chief executive of Centerplate, a sports and convention center hospitality company, and before that as senior vice president of external affairs and general counsel for Trans World Airlines. But Lesley officials also looked to her time at Mitchell, where they say she “led a transformational period in which the college built a strong financial foundation, clarified its distinct mission and developed a campus master plan that illuminates the history of the campus and addresses the future.”

They also credit her with emphasizing workplace skills at Mitchell and having “fostered strong community partnerships” – a theme when taking into account the hiring of Amy Green Deines last week to be dean of Lesley’s College of Art and Design; Deines was credited with helping create the Detroit Center for Design and Technology as a place where faculty and students can collaborate with its community.

“This is an exciting and critical time in Lesley University’s evolution, and Janet’s experience managing complex organizations and her proven success at Mitchell College are the perfect fit for this point in Lesley’s history and our ongoing strategic initiatives,” said Hans Strauch, chair of the university’s board of trustees, in a press release. “Janet’s extensive knowledge of and devotion to Lesley, and her shared enthusiasm for our legacy of social-justice-oriented professional education, community partnerships and lifelong learning give us great confidence in her ability to lead this institution for years to come.”

The university says it has planned an event for faculty, staff, students and trustees to welcome Steinmayer on May 1.