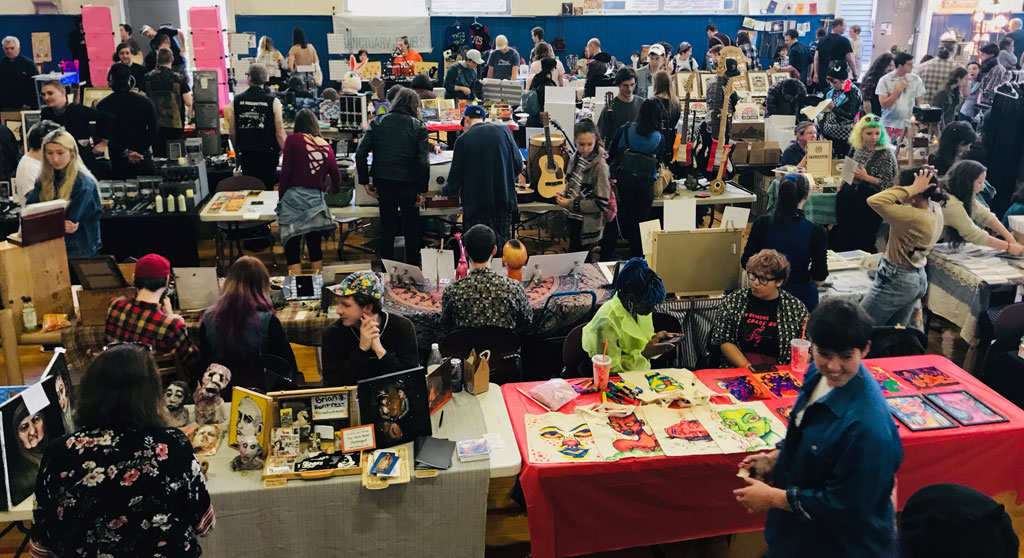 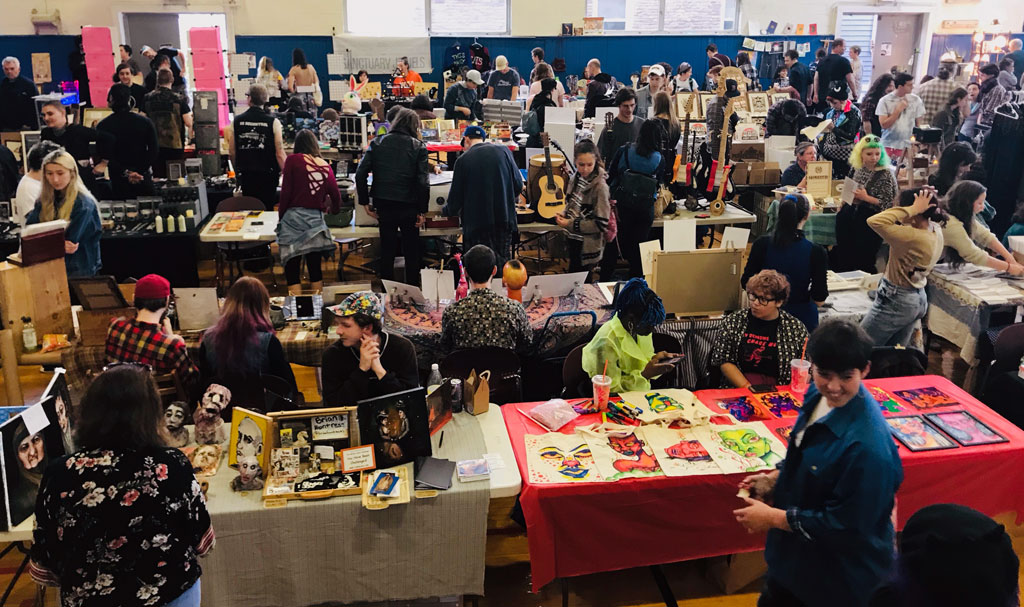 The October flea run by the Brain Arts nonprofit packs some 100 vendors into the Cambridge Community Center in Riverside. (Photo: Marc Levy)

The bimonthly Black Market Flea is getting a rethinking starting with its December show, including a renaming to the Brain Market and a partnership that locks in its use of the Cambridge Community Center in Riverside, organizers said.

Underlining its relationship with Cambridge, a grant request was filed Tuesday with Cambridge Arts to fund an upcoming Brain Market and let any Cambridge vendor table for free at it, said Emma Leavitt, organizer of the event.

The renaming relates more directly to Brain Arts, the nonprofit that runs the flea, Boston Compass publication and online Boston Hassle and Hassle Fest music celebration, and moves the organization out of the way of a Black Market shop that sprang up in Boston’s Dudley Square since the flea’s founding, according to Leavitt, creative director at Brain Arts, and Sam Potrykus, its director. 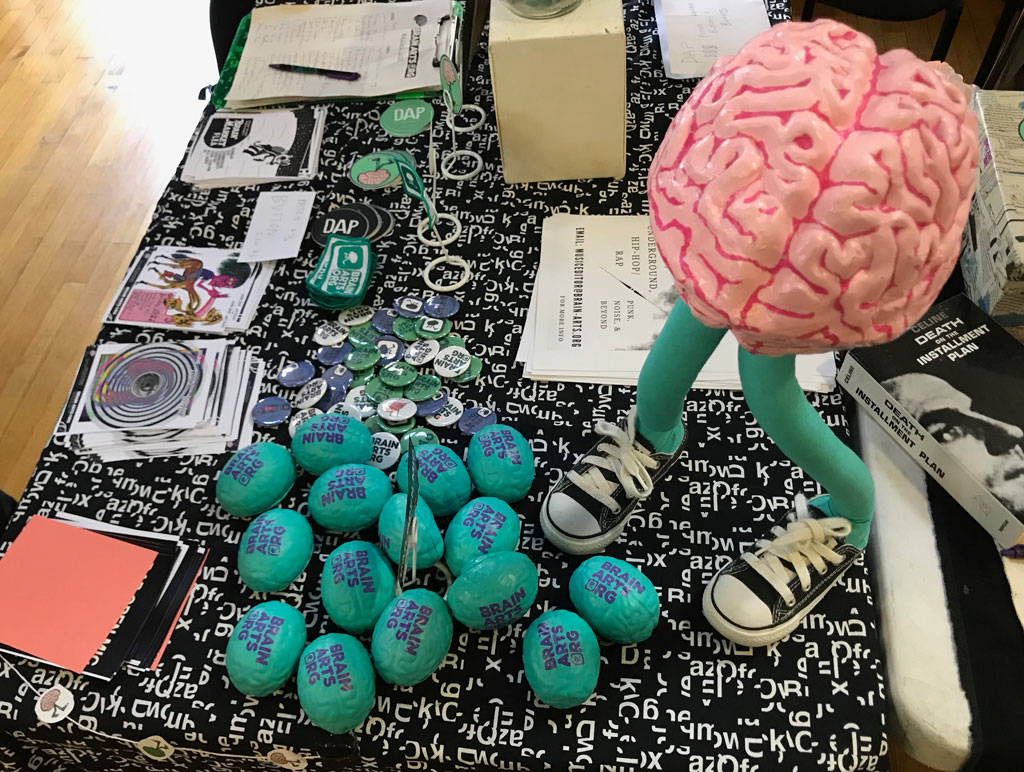 “We’re re-branding the whole market. It’s an opportunity to be more intentional with it, and one of those intentions is to highlight and focus on Cambridge vendors specifically,” Potrykus said. In addition, Brain Arts should be increasingly able to pay the volunteers who help run the event – a work-intensive affair packing some 100 vendors around 60 tables to sell everything from vintage vinyl, art and custom clothing to one-hitters and sex toys alongside tarot card readers, caricature artists and hair stylists.

The flea is popular with vendors – typically some 200 apply for a slot and half need to be turned away, Leavitt said. That’s been the case for most of the roughly 30 fleas; the October event this past weekend marked its five-year anniversary.

The flea is also popular with shoppers, drawing hundreds over a six-hour day despite being something of a trek to the center at 5 Callender St., which is where the event began before an extended time at the Central Square Elks Lodge at 55 Bishop Allen Drive. But attendance has actually picked up since the return to the community center, despite a roughly half-mile walk from Massachusetts Avenue and its mass transit stops.

“We’re deliberately choosing the Cambridge Community Center because it’s an incredible place, a long-running, supportive institution that really cares about community,” Potrykus said. “Much like we do a house show or use some sort of alternative venue that may be harder to find – it’s because it supports our intentions and our mission of accessibility, and it has that community-building factor.”