‘The Assistant’: Movie producer has a system, and it’s entirely too simple to become part of it 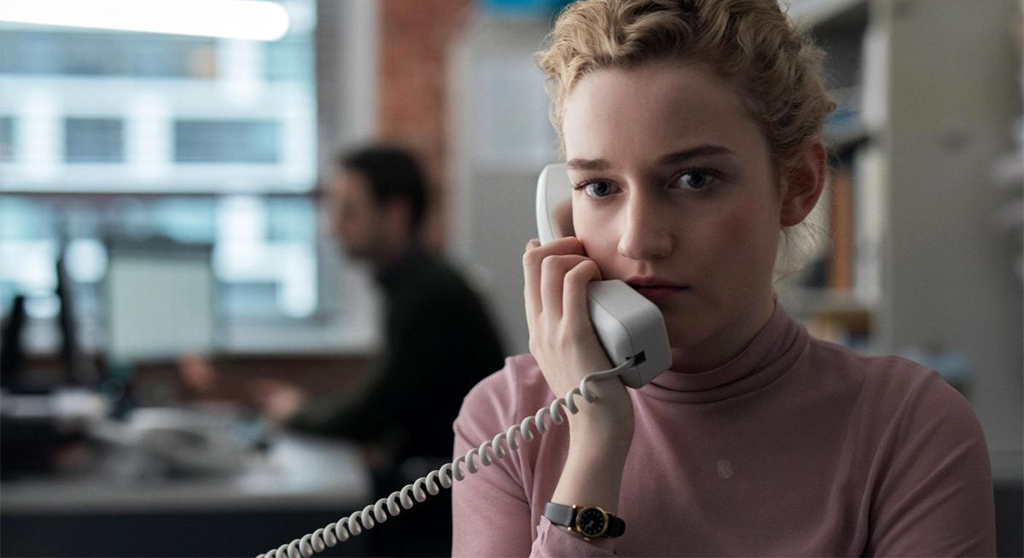 ‘The Assistant’: Movie producer has a system, and it’s entirely too simple to become part of it

Kitty Green’s bold, stage-like office drama couldn’t be more timely. It’s about a low-level assistant to an unnamed, never really seen New York film producer who’s demanding, vitriolic and, worse, casts a long shadow of perpetual dread – in short, the unseen force of fear is Harvey Weinstein. Through karmic justice and a deep sense of ironic circumstance, the once ballyhooed champion of indie cinema is in the middle of a milestone sexual abuse trial just as “The Assistant,” hot out of Sundance, hits theaters.

Much of the action takes place in a generically dull office where Jane (Julia Garner, so good in “Ozark”) lands as the new hire in a pool of three who staff the mogul’s gateway to heaven and hell. The film, aptly low-fi, possesses the same absurd nihilistic texture that made Neil LaBute’s blistering 1997 tale of office-sanctioned misogyny, “In the Company of Men,” so riveting. The only way we experience Jane’s boss is through muffled barbs from the earpiece of her phone, murmurs and inaudible loud shouts from behind the door and a few emails that come to Jane after she’s shared too much information about his whereabouts (which is usually a hotel room with an aspiring actress) to his suspecting wife. The response to such angry emails is always along the lines of “I’m sorry … I won’t let you down again,” with phrasing provided by two male counterparts who vary in their support of Jane but regularly dump menial duties down the ladder and onto her desk.

There’s not a lot of movement in “The Assistant.” Comely young women waltz in and out, the wife continues to make loaded inquiries and we hardly leave the confines of that outer office. Garner, who’s stock is clearly on the rise, tucks Jane’s appalled humiliation just under the surface as her assistant comes to a slow understanding of having to balance career aspirations with male-dominated office culture. Push comes to shove when Jane sets up a young waitress from Boise (Makenzie Leigh) in a posh hotel room – and later at the empty desk across the way to be the next “new” assistant. No longer able to rationalize away the odious events, Jane grabs an impromptu meeting with the head of HR (Matthew Macfadyen, from “Succession”). It’s a telling encounter that Green, as screenwriter with knives out, carves with masterful gamesmanship.

In the end, “The Assistant” isn’t didactic; nor does it wave the #MeToo flag. It doesn’t have to. Green, whose short CV holds mostly documentaries such as “Casting JonBenet” (2017) – about the slain 6-year-old beauty princess – embraces a cinéma vérité style. In long shots, we observe as if a fly on the wall. In one scene as Jane washes dishes in the corporate kitchenette, two women in heavy conversation about a project ignore her as she listens attentively while trying to appear disinterested; when done with their chatter, the women dump their dishes on Jane without acknowledging her. As with “Bombshell” last year, the power dynamics in “The Assistant” are chilling. In the former we know how that went for Roger Ailes; we’ll find out about that movie guy soon enough.