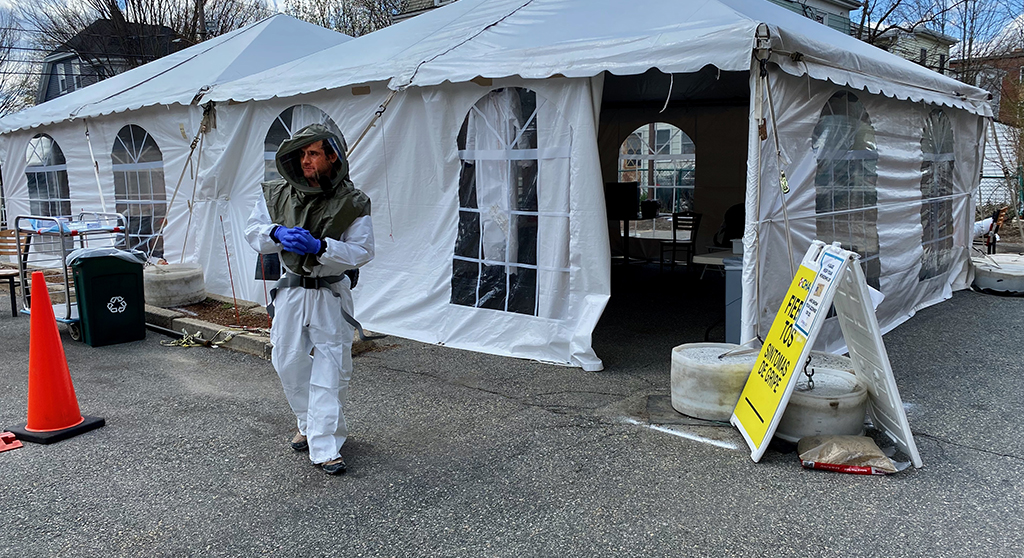 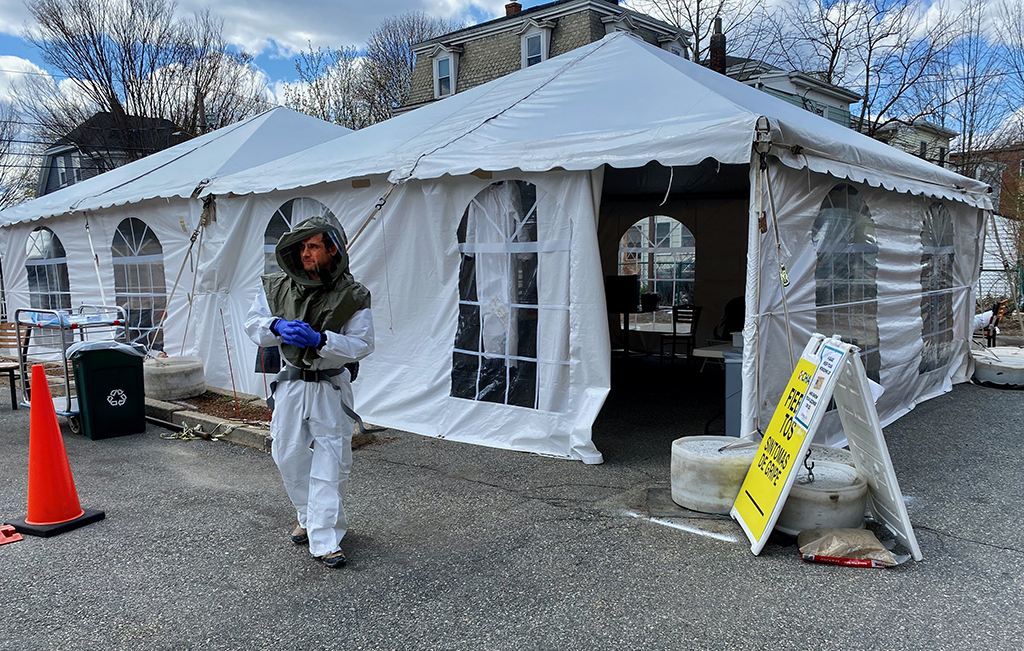 Cambridge Health Alliance has tried every avenue it could find to test more patients for Covid-19. The Alliance, which serves mostly low-income people in Cambridge, Somerville, and northern suburbs, was one of the first in the area to offer mobile testing, in a parking lot at Somerville Hospital. It tested patients inside its own clinics. It even developed its own laboratory test for the virus so it could speed up results.

Still, the health care system, like many others, is struggling to increase the number of patients it tests. CHA could test far more people than the 120 a day it now does, by City Manager Louis A. DePasquale’s estimate – if only it had more swabs to collect samples from patients’ nose and throat, saline fluid to transport the samples, and chemicals to analyze the samples.

It’s another supply chain breakdown similar to the shortages of protective equipment for medical workers and first responders. “These swabs and [saline fluid] have been in short supply, and it has been difficult to get a constant supply of swabs in our laboratory since the beginning of the pandemic,” Alliance chief of pathology Rebecca Osgood said.

The Alliance now has enough swabs and saline “to support our current level of testing,” and may be getting more this week, she said. That “may help us increase our number of tests,” she said.

As for reagents – the chemicals needed to analyze the samples – “many manufacturers have had nationwide shortages of these reagents that are critical for analyzing specimens,” Osgood said.

Osgood did not detail what the Alliance has done to get more testing supplies. News reports describe ingenious forays by government leaders in other states, such as Maryland Gov. Larry Hogan obtaining 500,000 test kits from a South Korea company after Hogan’s wife, a Korean immigrant, appealed for the kits to the Korean ambassador to the United States.

Gov. Charlie Baker negotiated a deal with a Chinese company for N95 masks for health care workers, and his administration has procured and distributed almost 4.1 million pieces of personal protective equipment to health care facilities and first responders across the state. Yet the Baker administration has not done the same with test kits. A spokesman for the state health department could not say Monday whether the state is considering such a move.

Massachusetts did supply test kits to the Broad Institute of Harvard and Massachusetts Institute of Technology, the genomics research center that is testing residents and workers at nursing homes with cases statewide. As of Monday, a total of 9,492 samples had been collected by the National Guard through mobile testing and another 14,842 test kits were sent to nursing homes that asked to take samples themselves.

The research center also has tested about 1,050 workers and residents at Cambridge’s seven long-term care facilities in a pilot surveillance project that looked at everyone whether or not they had symptoms. Test kits for that program also came from the state, Broad spokeswoman Karen Zusi said.

State Secretary of Health and Human Services Mary Lou Sudders said this month that Massachusetts was working with Thermo Fisher Scientific of Waltham to obtain test kits. A company representative did not respond to an email Monday.

Osgood at the Alliance said CHA’s laboratory has handled about 3,723 tests since “the pandemic began,” which coincides with the date the mobile testing site opened: March 18. That works out to an average 120 tests a day, the same figure given by DePasquale.

Osgood also said on Saturday the Alliance has analyzed 102 samples using its own in-house test since it began the program April 13. “This test is for our most critically ill patients and there are limited supplies from the manufacturer,” she said. Performing those tests in-house ensures a quick result.

To speed up results for less seriously ill patients, the Alliance sends test samples collected from its patients to three laboratories: the state lab; that of Beth Israel Deaconess Medical Center, an Alliance affiliate; and LabCorp, a major commercial laboratory. “The CHA community has needed all of the laboratories to help get the results to our patients in a timely fashion,” Osgood said.

LabCorp has the largest capacity and could accept more samples from the Alliance if it becomes able to expand testing, she said.

The state figures show big disparities in the number of tests conducted by different laboratories. National commercial lab Quest Laboratories was the leader as of Saturday, with more than 63,000 tests performed. The Broad Institute was second, with 20,391. Among hospitals doing their own in-house testing, Partners Healthcare, the huge health care system that includes Massachusetts General and Brigham and Women’s Hospital, had done 11,042. Beth Israel Deaconess Medical Center, CHA’s clinical affiliate, performed 10,982 tests as of Saturday.

The state report showed CHA with 40 tests, all positive. It was not clear why the state figure differed from Osgood’s report of 102 in-house tests.