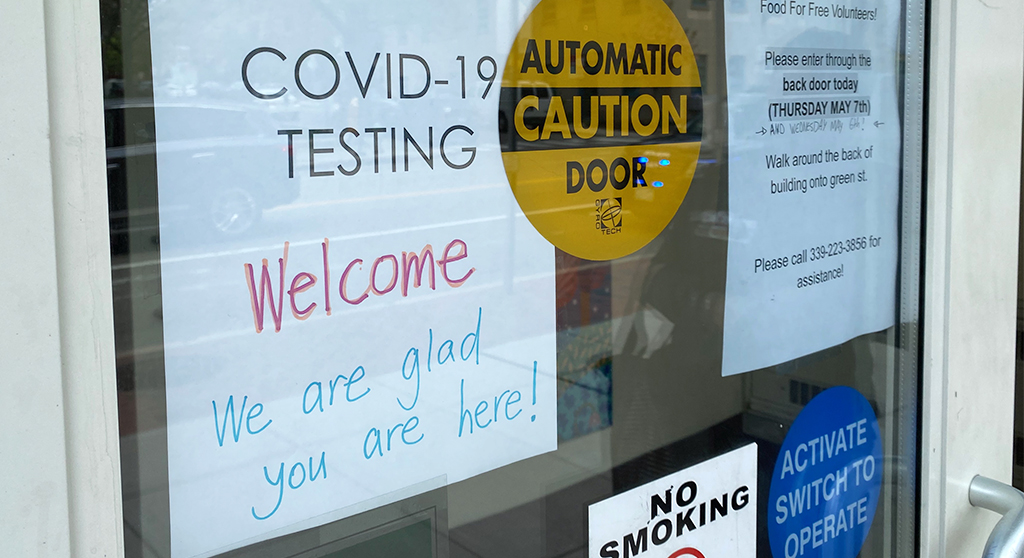 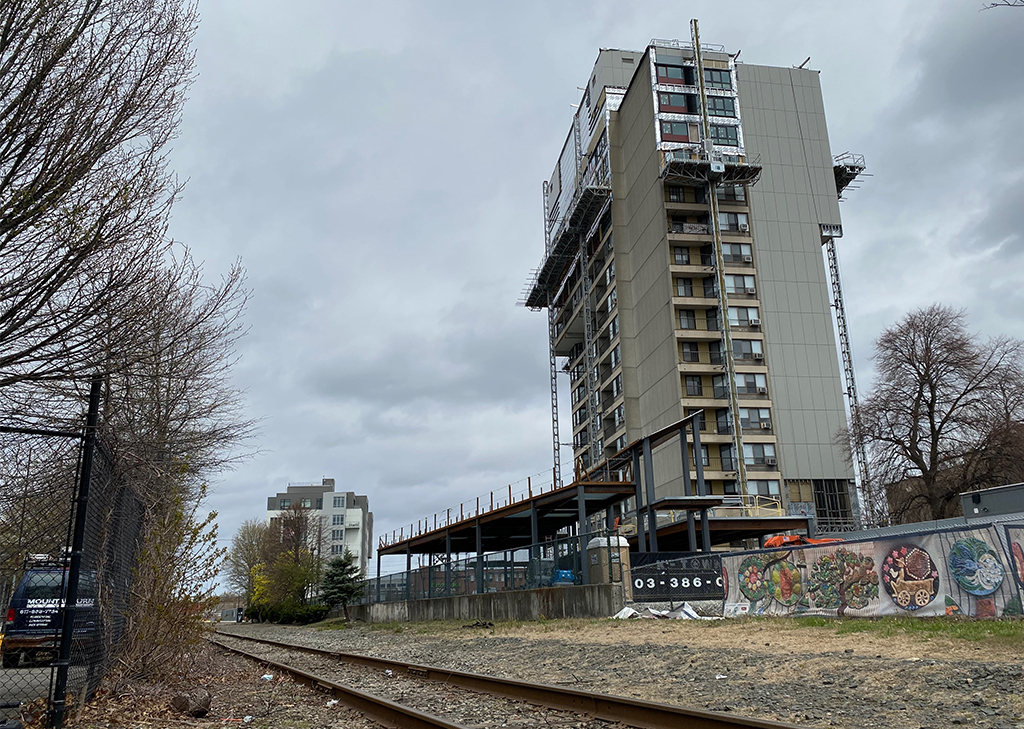 Covid-19 tests are coming to tenants at the city’s public housing developments, such as Millers River in East Cambridge. (Photo: Marc Levy)

Cambridge will offer Covid-19 tests to tenants at the city’s public housing developments for the elderly and also locate a testing site in The Port neighborhood, which already has the highest infection rate in the city. Both programs are an effort to focus on older, low-income, black and Hispanic residents, populations considered especially vulnerable to the coronavirus.

The city announced Tuesday that testing in senior public housing will begin at the end of this week; in The Port, next week. The Massachusetts Institute of Technology is helping to pay for the necessary test kits, City Manager Louis A. DePasquale said. The Broad Institute of Harvard and MIT will perform the testing and employees of Pro EMS, the ambulance company, will help collect samples from residents.

On Wednesday, Cambridge Housing Authority executive director Michael Johnston said residents would need to make an appointment for a test, but other details of the public housing testing had not yet been worked out. CHA operates about 1,100 units of senior and disabled housing in a dozen buildings, serving some of the poorest residents in the city.

Johnston told agency commissioners that there were 28 known cases of the virus among tenants, 16 in senior developments and 12 in family sites. Of the total, nine people are still sick, he said, and seven residents have died of the virus. Johnston has lobbied the city for testing because CHA has no way of knowing how many tenants have Covid-19 or have died of it; the agency learns of a case only if a tenant reports it.

The seven deaths that CHA knows of represent 41 percent of the 17 coronavirus fatalities outside nursing homes and assisted living centers as of Wednesday.

The agency placed a security guard in one development with older tenants Friday after an earlier “spike” in cases, Johnston said. The extra security at Millers River in East Cambridge is an effort to make sure residents complied with limits on visitors, he said. Johnson said he acted after five residents reported positive tests within a week and two employees also became infected. One resident died, he said. About 190 people are now living at Millers River; many of its 262 apartments are vacant because it is under construction, although work is suspended.

As for testing in The Port neighborhood, city councillor E. Denise Simmons led a campaign to locate a site in the area after the city and Cambridge Health Alliance announced that all residents could get free tests at a mobile site in East Cambridge, at the CHA clinic on Gore Street. Simmons said there was a need for testing in areas where black people live; figures show the infection rate among black residents of Cambridge is about three times the rate among whites.

DePasquale dismissed the request originally, saying he knew “there is a little inconvenience” traveling to East Cambridge, but he did say he would “work with” Simmons. A week later, on Monday, he told councillors there would be testing in The Port; on Tuesday, the city announced it officially.

On Monday, DePasquale also said the city is “looking into expanding [testing] into the northern part of the city.” North Cambridge, where there is a public housing development and two large subsidized housing buildings, has the fifth-highest rate of coronavirus infections of the 13 Cambridge neighborhoods, according to the city’s Wednesday report of Covid-19 infections.

Cambridge also previously arranged testing for nursing home and assisted living residents, and for homeless people. The testing in long-term care facilities was a groundbreaking program to test every resident and worker regardless of symptoms.

The first round of testing a month ago revealed that 169 residents and 34 workers were infected, an astonishing result since the Cambridge Public Health Department had previously known of only 24 cases among residents. Six residents had died, the department said after the first round.

Chief Public Health Officer Jacob told city councillors Monday that one-fifth of residents tested positive in that first round, increasing to one-third in the second round a week after. The proportion testing positive declined to 12 percent in the third round, which ended last week. For workers, the percentage of positive tests declined: Starting at 13 percent, it went to 10 percent, then sank to 5 percent, he said.

The health department has not disclosed how many people were tested in the third round. Many residents of nursing homes and assisted living centers have died since the first round; deaths of people in long-term care stood at 56 on Wednesday, more than three-quarters of the city’s total of 73. All three Cambridge nursing homes, Cambridge Rehabilitation and Nursing Center, Sancta Maria Nursing Facility and Neville Center, have had outbreaks of more than 30 cases, and the Cadbury Commons assisted living center also had more than 30 cases, according to the state health department.

The city has not named any facilities or given any details of outbreaks. On Monday, one person speaking during the City Council’s public comment session asked why and sought more information about the situation at Cambridge Rehabilitation and Nursing Center. Councillors and city officials do not respond to public comment.

Residents and workers also were tested for antibodies to the virus if they agreed; those results have not been reported. Jacob told councillors that the antibody tests are “important for long-term surveillance and broader strategies”; he didn’t elaborate.