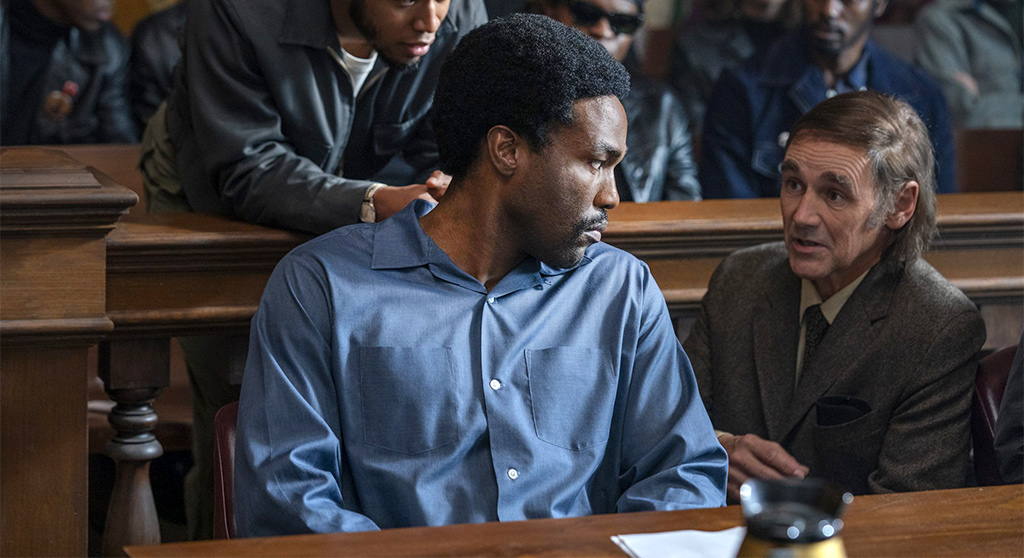 Aaron Sorkin knows his way around a courtroom, as evidenced by his play “A Few Good Men” and its 1992 cinematic adaptation starring Jack Nicholson and Tom Cruise. The tightly controlled dialogue between the two A-listers bristled with personality and ideology, and that’s even more true in “The Trial of the Chicago 7,” a dramatization of the trial of a diverse lot of famed counterculture leaders – student movement activists Tom Hayden and Rennie Davis, Black Panther Bobbie Seale and hippies Abbie Hoffman and Jerry Rubin among them – charged under Nixon AG John Mitchell for inciting riots at the 1968 Democratic Convention in Chicago. At the epicenter of the riots and trial are issues of inequality, racism and police brutality; what’s old is new again, and timely in its arrival (now at the Landmark Theatre Kendall Square, and coming to Netflix in mid-October).

Sorkin, nominated for an Academy Award for “Moneyball” (2011) and “Molly’s Game” (2017), winner for his script on the biting take on Facebook’s ignominious Harvard origins (“The Social Network,” 2010) and the creative force behind “The West Wing,” takes on double duty here as director as he did on “Molly’s Game,” in which Jessica Chastain was a high-stakes poker host. He’s blessed with an impressive cast here, with Eddie Redmayne as the all-American Hayden, Sacha Baron Cohen (“Borat,” 2006) as the punchily comedic Hoffman, Mark Rylance (“Bridge of Spies,” 2015) as defense attorney William Kunstler and Yahya Abdul-Mateen II (“Watchmen”), commanding and powerful as Seale, who was implicated in a murder in New Haven, Connecticut, around the same time. On the other side of the courtroom, Joseph Gordon-Levitt gives a deeply nuanced performance as conflicted chief prosecutor Richard Schultz, and Frank Langella is the specter of everything wrong with our justice system as control-minded Judge Hoffman. He and Baron Cohen’s crack-firing prankster own the screen while in frame – one makes you smile and raise your fist in the air, while the other makes you fume.

How the trial all works out is a matter of record. The contemporary relevance is haunting – leading to the bigger question of why we haven’t learned from the past. The film, with most of the drama unfolding in court (the riots is in flashbacks), is a lean, mean sizzler, taut at every turn. Given this spare, strange year, there’s a lot of Oscar timber here all around: Gordon-Levitt for one, the film and Sorkin on both ends, and three, if not four, supporting nods.