Nigerian-made ‘Eyimofe’ and a Covid anthology lead a week’s movies, and ‘Who You Think I Am’ 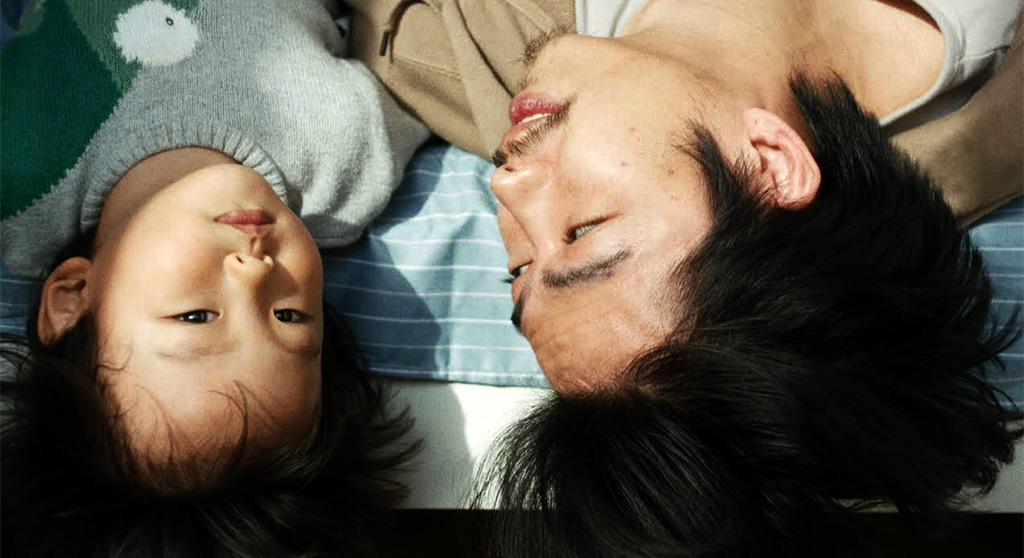 Nigerian-made ‘Eyimofe’ and a Covid anthology lead a week’s movies, and ‘Who You Think I Am’

The Brattle Theatre rolls on this week with its “Tales of the Muppet Diaspora” program, with “The Muppets Take Manhattan” (1984) on Sunday and “Follow That Bird” (1985) on Monday. On Wednesday the Brattle screens the best of the “Star Wars” triple trilogy – and one of its darker chapters – “The Empire Strikes Back” (1980), while Thursday brings one of the weaker entries, “The Return of the Jedi” (1983), in which the furball Ewoks prove as goofy and distracting as the overly loquacious and obnoxious Jar Jar Binks did in “The Phantom Menace” (1999). Come Friday, in conjunction with the Roxbury International Film Festival, the Brattle runs the area premiere of the Nigerian tale “Eyimofe” (“This Is My Desire”) about two strangers making a human connection: Mofe (Jude Akuwudike), an electrician dealing with the fallout of a family tragedy, and Rosa (Temiloluwa Ami-Williams), a hairdresser supporting her pregnant teenage sister. For tickets and information, visit the Brattle’s website.

Cineastes and bargain-hunters alike should know that tickets are only $7 on Tuesdays at Landmark Kendall Square Cinema, 355 Binney St., Kendall Square – prices the country hasn’t seen on average since around 2008, and that Greater Boston probably hasn’t seen for much longer.

Covid lockdown films are now a thing. So far we’ve had Anne Hathaway and Chiwetel Ejiofor in “Locked Down” and James McAvoy and Sharon Horgan in “Together” (let’s not forget “Borat Subsequent Moviefilm”), and now this moving anthology from seven directors around the world, whose pandemic vignettes shine through in varying tones. All artfully done, they resonate partly because we’ve all been there. The most wholly affecting is the opener “Life,” by Iranian filmmaker Jafar Panahi, under government house arrest in Tehran, where his camera quietly observes the doings of a pet iguana and a pair of nesting pigeons on a ledge. Then there’s the visit from his 90-year-old mom, who comes to the door in full-on PPE regalia, sanitizing everything in sight before sitting down for a meal. Another nonfictional account comes from Laura Poitras, Oscar winner for the Edward Snowden documentary “Citzenfour” (2014), who through Zoom joins an investigation of an Israeli technology firm specializing in cyberweapons, with some unsettling eye openers about who’s watching and what they can do to you. Also notable is “Dig Up My Darling” from David Lowery (“Ghost Story” and the recent “Green Knight”) in which an unnamed woman (Catherine Machovsky) living out of a car and following instructions from found letters tries to make amends for the past. Many of the other chapters have themes of families in turmoil and transition, especially Anthony Chen’s “The Break Away” – with action filmed in China, yet directed from London over Zoom – and Malik Vitthal’s “Little Measures,” about a father trying to reconnect with his three children scattered in foster homes. From Chile, there’s director Dominga Sotomayor’s “Sín Titulo, 2020” (translation: “No Title, 2020”); the concluding chapter is “Night Colonies” from Thai director Apichatpong Weerasethakul (“Uncle Boonmee Who Can Recall His Past Lives”), something of a “Microcosmos”-esque look at insects. At Landmark Kendall Square Cinema, 355 Binney St., Kendall Square.

An energetic but unnecessarily complex thriller about an alcoholic social worker named Parker (Shea Whigham) who takes on the case of a young girl (Taegen Burns) whose mom, Dahlia, (Olivia Munn) drinks a bit herself and can’t get her kid to school. Parker’s a bit too invested in the case – obsessed, you might say. Things get complicated when Parker loses his job but keeps making visits and Dahlia’s hubby Mike (Zach Avery) gets out of the slammer and executes a murderous drug dealer takedown for a shadowy figure known as Duke (Frank Grillo). The initially quiet psycho-drama jumps deep into the “King of New York” (1990) wannabe realm, but without the killer cast to carry it. Whigham has his moments, but looking so much like Grillo, with the same coif, goatee and stature, it made me wonder for a few go-rounds if Parker was not a double agent of sorts. On Amazon Prime.

Here in director Safy Nebbou’s grim, fateful movie adapted from a novel by Camille Laurens, the ethereal Juliette Binoche (“The Truth,” “The English Patient”) takes on the role of Claire, a complicated 50-something literary professor who plugs a false persona into the Internet to suss out a younger lover (Guillaume Gouix) who’s suddenly gone aloof on her. Her catfish target is her lover’s roommate, Alex (François Civil). What ensues is a complicated love triangle with hidden agendas, deepened by the insertion of Claire’s therapist (Nicole Garcia) into the mix. Nebbou’s nonlinear narrative keeps the viewer off balance with subtly played twist and turns. It’s a film deeply rooted in Claire’s POV, and I can’t imagine another actress as able to carry it off as Binoche, with her long, emotive face, deep soulful eyes and sensual comportment. The film has many raw, explicit scenes to which Binoche applies the same convincing gravitas she did in “Damage” (1992) and “High Life” (2018). Nebbou is wise to keep his focus and camera relentlessly on Claire, as much of the rest of story is so underdeveloped. At Landmark Kendall Square Cinema, 355 Binney St., Kendall Square.

A lo-fi series of vignettes in the mode of “Creepshow” (1982) that’ll tickle the genre bone of those with a yen for the horror-cum-comedy schtick. The four chapters (three about filmmaking), narrated by a devilish bum (Jeff Briggs) include “The Agent,” about an alcoholic screenplay agent who gets trapped inside a script handed to him; “The Entertainer,” in which a dead loved one resides in a coffee table; “The Cameraman,” about a wannabe documentary filmmaker whose reluctant subject turns on him; and “It’s My House,” in which a commodities broker dupes an elderly couple out of their life savings and there’s eerie retribution to pay. It’s all done tongue-in-cheek and gets a big push from Briggs’ merry court jester of doom. On Amazon Prime.

With the 20th anniversary of the 9/11 terrorist attacks looming ominously, Netflix drops this intriguing footnote starring Michael Keaton as Brockton attorney Kenneth Feinberg, the attorney tasked by Congress to head the 9/11 Victim Compensation Fund. Sounds simple, but as the title implies, different lives have different worths; $14 million for a CEO, $300,000 for a janitorial worker. You can only imagine some of the outrage: “My son was boots on the ground as a first responder – he’s not worth as much as a guy pushing a pencil in an office?” Much of the opposition to Feinberg’s algorithm gets voiced in the form of Stanley Tucci’s widower and community organizer, Charles Wolf. The actors imbue their characters with nuanced compassion and humanity in a moving story that captures the grief and outrage of the families of those who perished on that tragic day. Keaton dons a Bahston accent convincingly, as he did as a Boston Globe editor in “Spotlight” (2015). On Netflix.