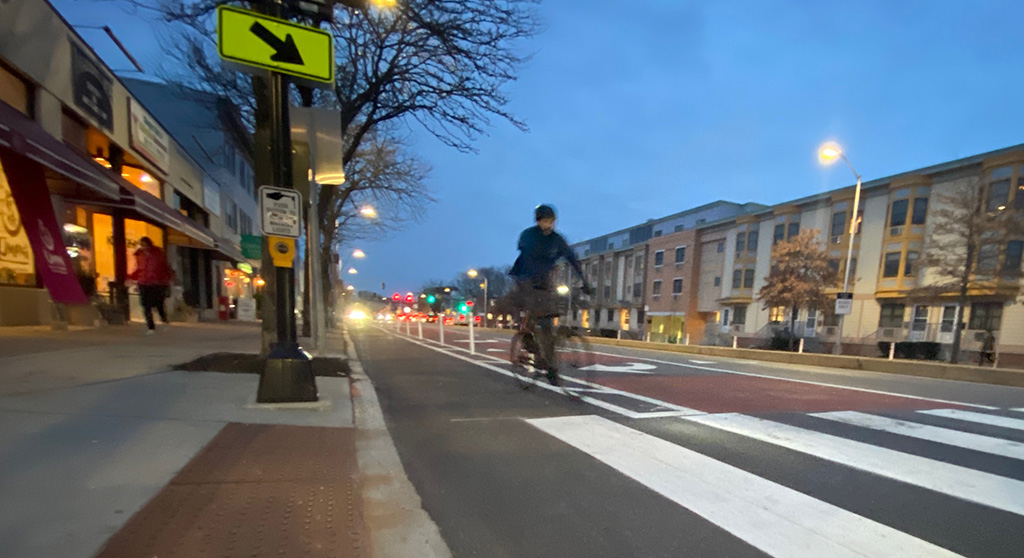 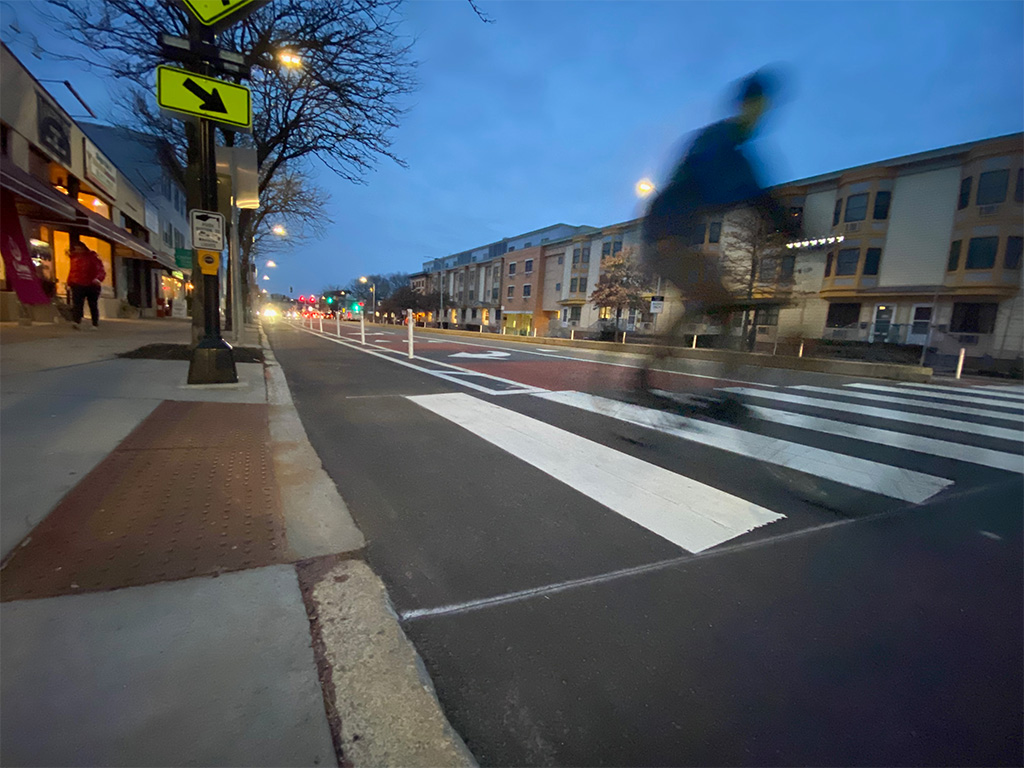 A rider zips along a bike lane on North Massachusetts Avenue on Dec. 29. (Photo: Marc Levy)

City Council, 5:30 p.m. Monday. The heat at this first business meeting of the year will be on items signaled or delayed from last year: There are two policy orders on bike lane installations that threaten to take away parking spaces from businesses and older or impaired people, one to convene meetings to improve the process “in the already impacted areas of the city and all new areas going forward” and the other to appoint a Cycling Safety Ordinance Implementation Advisory Committee of as many as 25 people. There’s also an order proposing a moratorium on office or lab space being added to the Alewife area until 2024 or “such time as new Alewife District zoning is ordained,” a reaction to the Denver company Healthpeak going on a $512 million spending spree there over the past five months. (A deal that surfaced Sunday raises that $512 million by an unknown amount.) A call for “senior hours” or a priority line at Covid-testing sites is on the agenda too.

There are some things about the stuff that makes the city tick, too, including a communication introducing councillors’ committee assignments for the term and City Manager Louis A. DePasquale’s announcement that he leaves the Cambridge Health Alliance board of trustees Monday by subbing in David Kale, the assistant city manager for fiscal affairs and public investments. DePasquale has been on the board since 2003 as an appointee of then city manager Bob Healy; Kale is speculated about as a replacement for DePasquale, whose last day in office is July 5. There’a also a resolution praising Peter Daly, who is retiring as executive director of Homeowners Rehab Inc., a nonprofit developer of affordable housing, after 33 years.

License Commission, 10 a.m. to noon Tuesday. A plan announced in May to bring  Lamplighter Brewing to Cambridge Crossing in North Point is before the commission. The taproom and production space would total 6,230 square feet over two floors, with a total occupancy of 300 that includes patio space. The Indian restaurant Tanjore looks to relocate to 878 Massachusetts Ave. between Central and Harvard squares – the former People’s Republik bar – for its return to Cambridge. It was once at 8 Eliot St., Harvard Square, but relocated to Halal Indian Cuisine in Boston in October 2020. In North Cambridge, the restaurants Season to Taste and Urban Hearth (2263 Massachusetts Ave.) want to level up to serving all kinds of adult beverages, and Season to Taste wants to add outdoor patio dining behind 2447 Massachusetts Ave., where it now has dining in front. Watchable by Zoom video conferencing.

Human Services Commission, 5:30 p.m. to 7 p.m. Thursday. The Birth to 3rd Grade Partnership, a collaboration of the City of Cambridge and its public school district, plans to have executive director Lisa Grant discuss its work on a “mixed-delivery” universal pre-kindergarten system. Watchable by Zoom video conferencing.

This post was updated Jan. 11, 2021, to correct that there was no School Committee meeting scheduled.