Animation leads with ‘Cryptozoo’ and ‘Mitchells’ at Brattle, and ‘Flee’; Kendall has ‘Drive My Car’ 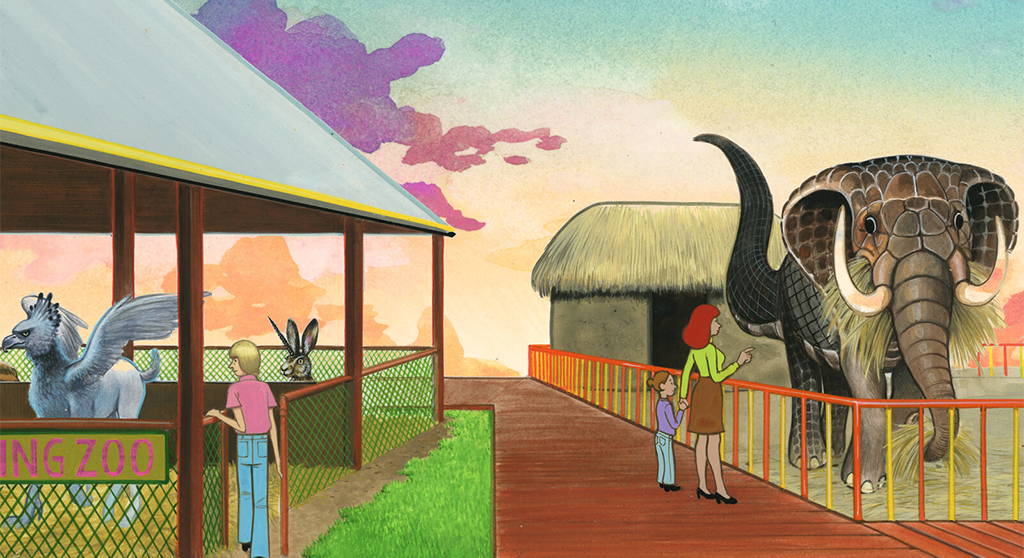 Animation leads with ‘Cryptozoo’ and ‘Mitchells’ at Brattle, and ‘Flee’; Kendall has ‘Drive My Car’

The Brattle Theatre’s “(Some of) The Best of 2021” program continues this week with a pair of animation hits: the more mainstream “The Mitchells vs. the Machines”; and Dash Shaw’s off-center “Cryptozoo” about a dream-eating incarnation, which uses the voice talents of Alex Karpovsky, Grace Zabriskie, Lake Bell, Michael Cera, Peter Stormare and Zoe Kazan. Both play Sunday. Other highlights include Fernanda Valadez’s “Identifying Features” and “John and the Hole,” Pascual Sisto’s coming-of-age psychological thriller shot in Lexington and Lincoln and starring Michael C. Hall (aka “Dexter”) and Jennifer Ehle (“Zero Dark Thirty”) on Monday. Tuesday brings the Ukrainian Best International Film entry for the 2021 Oscars, “Atlantis,” and on Wednesday there’s my favorite for 2021 and a Day top pick, David Lowery’s diverting “The Green Knight,” an adaptation of the medieval poem “Sir Gawain and the Green Knight” with Dev Patel as the beleaguered Gawain. “Night of Kings,” about a theatrical ritual inside an Ivory Coast prison, plays Thursday, and on Friday it’s “Titane,” the edgy, gender-bending film from Julia Ducournau (“Raw”) in which an exotic dancer becomes impregnated by a classic Cadillac (also a Day top pick). On Saturday, it’s the stylish, revisionist western “The Harder They Fall,” kicked up with a punchy hip-hop soundtrack and a killer performance from Regina King; and “Swan Song,” with character actor Udo Kier playing a retired hairdresser now coifing in a retirement home.

Screening at the Harvard Film Archive are two coming-of-age films by Taiwanese filmmaker Mou Tun-fei, “I Didn’t Dare Tell You” (1969), about one student helping another deal with his father’s gambling debt; and “The End of the Track” (1970), in which two friends knock around and enjoy dumplings until one has a heart attack on the track field. (Tom Meek)

Director Ryûsuke Hamaguchi’s greatest strength (among many) as a filmmaker is his ability to imbue the minutiae of everyday life with a sense of wonder and urgency. As one of the most exciting new directors, he’s demonstrated prowess in capturing the details of human emotions; in this latest, based on a Haruki Murakami short, he again exposes the worth that comes from connection with another person, place or piece of art. Between the beautiful and peculiar frames, which in the beguiling work of cinematographer Hidetoshi Shinomiya take either a bird’s-eye view or hover close behind a character’s shoulder, Hamaguchi loves to isolate his characters to expose them. Hamaguchi’s ace in the hole is leading man Hidetoshi Nishijima, who conveys a soulful and contemplative portrait of grief and passion and how the two intersect. The Day’s Top Film of 2021. (Ally Johnson) At Landmark Kendall Square Cinema, 355 Binney St., Kendall Square.

Jonas Poher Rasmussen’s powerful, animated documentary “Flee” tells the story of a man forced to leave his home in Afghanistan as a refugee to Denmark. The film’s greatest strength is how empathetically it opens up the world to viewers. There are dire and deeply unsettling moments in the film as the subject recounts his perilous journey and the years after, when he kept his status a secret. It never seems exploitative, though, and there’s a remarkable level of artistry displayed, especially in the boundary-pushing framework in which the film and director work. (Ally Johnson) At Landmark Kendall Square Cinema, 355 Binney St., Kendall Square.