A Brattle series lets the Halloween spirit linger, along with the 1931 ‘Dracula’ and new ‘Antlers’ 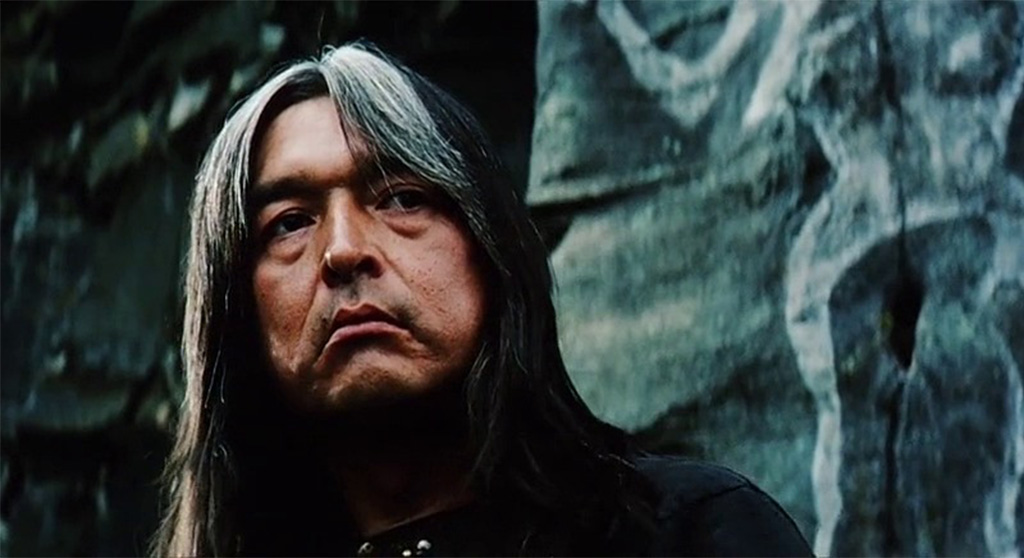 A Brattle series lets the Halloween spirit linger, along with the 1931 ‘Dracula’ and new ‘Antlers’

The Brattle’s “Folk Horror Beyond the Wicker Man” continues this week with “The Witch” (2015), Robert Eggers’ tale of the occult set in the woods of Calvinist-era New England, and Kier-La Janisse’s documentary “Woodlands Dark and Days Bewitched: A History of Folk Horror,” a deep – three-hour – delve into the evolution and legacy of folk horror cinema. (Eggers also appears in Janisse’s film as one of those behind folk horror.) Both screen on Halloween Sunday, along with Stan Winston’s “Pumpkinhead” (1988), based on a poem by Ed Justin and starring Lance Henriksen as the tortured soul who conjures up the demon of the title. Winston, best known for his FX in “Aliens” (1986), “Terminator 2” (1991) and “Jurassic Park” (1993), takes a rare turn in the director’s seat. Others playing as part of the program include a restoration of the 1958 Norwegian classic “Lake of the Dead” and “Clearcut” (1991), an environmental horror film by Ryszard Bugajski that does a far better job of incorporating Native America lore than “Antlers,” now playing in theaters (see review below). Both films play Tuesday. On Wednesday, The Brattle screens the 1968 Japanese medieval ghost story “Kuroneko” and “Eyes of Fire,” a restoration of Avery Crounse’s witch tale set in a pre-Revolutionary America colony. It would make an apt double bill with Eggers’ film. The program wraps up Friday with “A Field in London,” a bravura period piece from Ben Wheatley (“High-Rise,” “Rebecca”) set during the British Civil War, and the 1967 Czech film “Marketa Lazarová,” which focuses on a feud between rival medieval clans. In both cases, as you might expect, the supernatural intercedes.

The DocYard brings Courtney Stephens’ “Terra Femme” to The Brattle on Monday. A crowdsourced compendium of amateur travelogues, “Femme” notches a female gaze into American social structures and societal norms. Stephens will be on hand for a Q&A.

The Brattle begins the run of two area premieres Friday: Amalia Ulman’s “El Planeta” and “The Spine of Night” from Morgan Galen King and Philip Gelatt. In Ulman’s Spanish comedy, the writer-director also stars as a woman forced to return home after the death of her father and reluctantly reconnect with her eccentric mother (played by Ulman’s own mother). Best way to bond with oddball mom? Grifting. That’s right, the pair team up as small-time con artists to get to know each other again. “The Spine of Night” is something of a gonzo sci-fi fantasy animation akin to the ’80s cult classic “Heavy Metal” (1981), in which the forces of good must eliminate the tyranny of dark magic. The eclectic cast includes Larry Fessenden, Lucy Lawless, Patton Oswalt and Richard E. Grant. Note: The Brattle’s Covid policy requires proof of vaccination or a recent negative test result for admittance.

On Halloween Eve you can catch a Somerville Theatre screening of Tod Browning’s 1931 classic “Dracula” starring the eccentric Bela Lugosi (Lugosi played the count on stage, but Lon Chaney, John Wray and Paul Muni were all higher on Browning’s list when casting). The film has virtually no score, but musician Jeff Rapsis will chime in with live accompaniment at strategic points to enhance the mood. Also this week, the theater showcases “Winter Starts Now,” the most recent ski derring-do from the Warren Miller team.

Jeymes Samuel’s stylish Black Western borrows plenty from Leone and Tarantino while cutting its own swath. The setup’s right out of Leone’s “Once Upon a Time in the West” (1968), as a young boy, Nat Love, witnesses his parents gunned down by the gang of a remorseless outlaw (Idris Elba) and spends the rest of his life hunting down those responsible. Nat, played as an adult by Jonathan Majors, also operates his own gang that steals only from gangs after they rob banks. The action’s quite violent and highly stylized (I think Sam Peckinpah might’ve gotten a kick out of this one), but the scenes go on too long and character development is razor thin. Jay-Z produced the project and curated the hip, rap-infused soundtrack (Samuel goes by the musical stage name The Bullitts, so it’s easy to see how he and Jay-Z connected), and the title’s a clear play on the 1972 look inside the music industry “The Harder They Come” starring reggae legend Jimmy Cliff. That Elba (“Beasts of No Nation”) is a commanding presence as Rufus Buck is undeniable, but it’s Regina King (“Watchmen”) as his cold-blooded sergeant-at-arms who rocks the badass mantle. On Netflix starting Wednesday.

This comedy reminiscent of “My Big Fat Greek Wedding” – several players here have ties to that 2002 surprise hit – tackles cultural divides and the human bonds between them as Moshe, a Hasidic rabbi (Jos Laniado) in Crown Heights, needs to come up with a big wad of cash to keep the school he teaches at from closing. So what’s the rabbi to do? Enter a big-prize tango contest, of course. It’s a cheeky setup, as Moshe’s religion forbids him to touch any woman other than his wife, and the tango is a sensual strut that involves a lot of touching.To figure out a workaround, Moshe reaches out to other religious leaders in the Heights, including a Catholic priest, a Muslim imam and a Sikh holy man. Theological bridge-building ensues. Laniado does a solid job of anchoring things as the conflicted, comedic lead and Karina Smirnoff from “Dancing with the Stars” is a plus as the lithe dance partner he cannot make contact with. The film has a warm, amiable energy and a dash of hokey verve, but also comes off as light and one-note. Streaming on demand.

A mediocre horror flick from some pretty capable sorts – it’s directed by Scott Cooper (“Crazy Heart,” “Black Mass”) and produced by Guillermo del Toro (“Pacific Rim,” “The Shape of Water”). In a small Oregon town, Julia (Keri Russell, “The Americans”) tries to come to terms with past traumas and work through issues with her brother, Paul (Jesse Plemons, “I’m Thinking of Ending Things”), the local sheriff. A student of Julia’s (Jeremy T. Thomas) has dark secrets at home, namely that his father’s possessed and likely behind a string of murders in the area. Julia pushes her luck and into horror lore we go, namely that of the wendigo, an antlered, supernatural entity inspired by Native American folklore. “Antlers” has a disturbing creepiness to it that chills effectively for about the first half of the film, and Thomas is fantastic as the palpably conflicted youth with scary monsters in his attic. But the film blows it with the cheesy CGI rendering of the wendigo and slack-jawed lip service paid to Native American traditions. At Apple Cinemas Cambridge, 168 Alewife Brook Parkway, Cambridge Highlands near Alewife and Fresh Pond; and AMC Assembly Row 12, 395 Artisan Way, Assembly Square, Somerville.