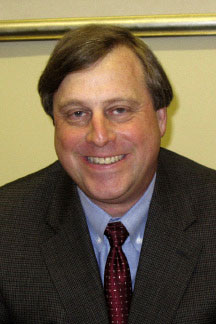 Belmont’s gain is Cambridge’s loss, as budget director and Deputy Finance Director David Kale leaves to become the town’s town administrator. It’s the fifth major resignation or retirement from the city in nearly as many months.

“I’m trying to think about how we can sabotage that to just keep him here longer,” councillor Marjorie Decker said Monday of the job offer from Belmont. She has worked closely with him as chairwoman of the council’s Finance Committee for the past three annual budgets. “He’s been such a tremendous asset, and so incredibly helpful and thoughtful, and really smart. I just know that he will be be a big loss both to the staff that worked with him in the Budget Department to the staff of the City Council and clerk’s office. I will miss him. He’s just so professional, and so available. There’s no question that’s too small, too big, too dumb or that shouldn’t be asked. He’s just so inviting and helpful.”

Kale has been in his Cambridge post since 2003 and has played a major role in organizing city budgets and bond sales and in helping the city maintain its sterling grades with the major bond-rating agencies.

The Belmont Board of Selectmen voted 2-1 to bring Kale on, with the dissenting vote by Ralph Jones being for a candidate described as having more leadership experience. But Jones plans to change his vote to make the welcome unanimous, The Boston Globe reported. A final contract and starting date have not yet been worked out, but the Globe reported that Kale will be paid between between $140,000 and $160,000 annually; The Cambridge Chronicle’s city salary database shows Kale’s been making $137,555 in his current role.

The announcement of Kale leaving for Belmont comes less than a month after Estella Johnson, director of economic development for the city, said she was retiring after 10 years with the city, with May 23 being her last day on the job. City Clerk Margaret Drury retired in February after serving since 1992, although she joined the board of the Cambridge Redevelopment Authority in April; Donald Drisdell, city solicitor since 2003 and assistant city solicitor before that, retired in January; and most prominently, City Manager Robert W. Healy announced in March his resignation for next year after more than 30 years overseeing municipal functions.

The process of replacing Healy gets an official launch at 10 am. Friday when he talks publicly with the council’s Government Operations and Rules Committee “to develop a comprehensive short- and long-term succession plan,” according to a public notice posted by the committee’s chairman, David Maher.