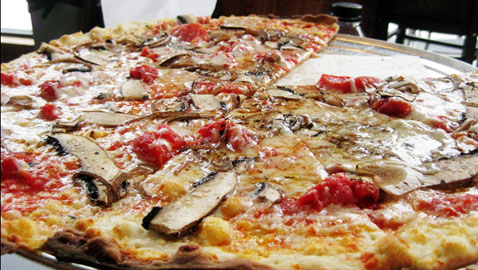 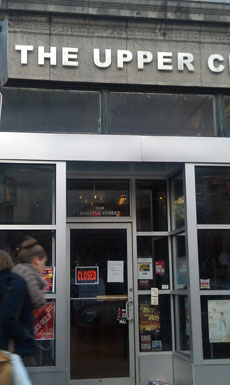 The bankrupt Upper Crust pizza chain needs $120,000 within days or the company will be sold, with or without the 10 stores that closed indefinitely Nov. 16 — including the Harvard Square location at 49 Brattle St. Upper Crust, which still has six open locations, also owes $3.4 million to creditors.

The $120,000 would allow the stores to re-open, allowing 170 workers, including several part-time employees, to get back to work, according to media reports and a workers’ lawyer.

The company had that money, but it went to top executives just like previous pay meant for workers — in a “payback scheme,” said attorney Shannon Liss-Riordan, who is on the creditors committee for Upper Crust’s bankruptcy filing.

There was approximately $150,000 at the time of the bankruptcy filing Oct. 8, and a wire transfer for $250,000 was made into the company just before the filing, Liss-Riordan said.

Mark DeGiacomo was installed as trustee by the bankruptcy court Nov. 8 to determine whether a sale of the company would be necessary and, if so, to work on getting the company sold. Upper Crust owners had represented to the court that there was enough cash on hand to keep the company going, according to court filings, but DeGiacomo looked at the books and found little cash on hand. He revised cash on hand to $14,000 after co-owners Joshua Huggard and Brendan Higgins and Chief Financial Officer Dan Hurley gave themselves a month’s pay Nov. 1. He determined the stores had to be closed immediately.

Meanwhile, Upper Crust has not made employee health insurance payments since August, The Boston Globe reported, and owes employees about $850,000 in back pay and wages, $230,000 to the chain’s former lawyer, Thomas Reilly, and creditors much more.

Upper Crust’s problems began in 2009, when a U.S. Department of Labor investigation resulted in the company being ordered to pay workers $342,000 in back wages. In a July 2010 class-action, several employees said they were forced by company executives to give back the federally mandated payments or lose their jobs.

Liss-Riordan represented 121 workers in the class action in as they sued Upper Crust for violations of wage laws.

“Many of the workers were working 70 hour weeks, making below minimum wage because of the extortion, with no overtime,” Liss-Riordan said, who estimated damages to the former Upper Crust workers at more than $2 million.

The labor lawsuits in 2010 prompted a boycott of the Harvard Square location led by two Harvard Law School groups, the Harvard Immigration Project and the Labor and Employment Action Project, The Harvard Crimson said.

The Upper Crust location in Harvard Square continues to be closed to customers. Upper Crust management could not be reached for comment.