Cambridge celebs: Affleck and Damon and the roles they missed (including ‘Fletch’) 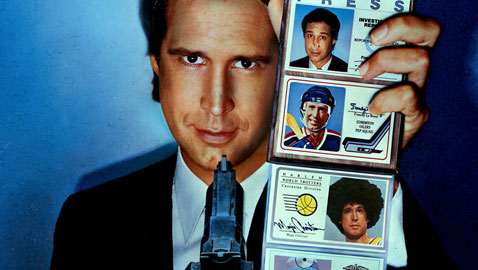 Cambridge celebs: Affleck and Damon and the roles they missed (including ‘Fletch’)

What’s going on with all our celebrities? Not a hell of a lot. In fact, almost nothing. Maybe next year.

Ben Affleck: The media is still chewing over Affleck’s statement that he won’t be running for the U.S. Senate, but since we covered that a week ago, let’s look at the other big news in Affleckdom: his 13th-place finish in DoSomething.org’s “Celebs Gone Good” list for the year, in which the group credits Affleck for his Child Survival Call to Action and founding the Eastern Congo Initiative; and Kevin Smith’s revelation that Affleck almost starred in the reboot of the Chevy Chase “Fletch” movies for Miramax.

Matt Damon: Just-released fracking movie “Promised Land” attracted debate even while it was being filmed, Damon told Film News, with people coming up to the film’s cast and crew on location in Western Pennsylvania to either criticize or promote fracking. Yet the movie isn’t doing so hot, bringing Contactmusic.com to look at what’s causing the indifferent reviews (so far, the film gets a disappointing 49 percent fresh at Rotten Tomatoes.)

Meanwhile, The Hollywood Review digs at the roots of Damon’s cynicism over politics, in which he says “We’re at a point where politicians don’t really get any benefit from engaging with long-term issues. Instead, it’s all about the next election cycle … There’s a consensus among scientists, though, that we face serious long-term issues. They’re saying that unless we engage with those issues, we’re genuinely fucked.”

But probably the best Damon tidbit comes from SheKnows, which asked Damon about his early work – before Hollywood. Not only did he spend a summer selling women’s dance shoes; he and Ben Affleck had to sell tickets to a movie they’d hoped to be in: “Dead Poet’s Society.” He told the site:

In the summer of 1988 Ben and I had both been really close on ‘Dead Poets Society.’ We both had been called back. Neither of us, needless to say, got the job. But we ended up working in the theater in our hometown that played one movie the entire summer, which was ‘Dead Poets Society.’ So we had to sit there and tear tickets and sell popcorn. That was really like salt in a wound for an entire summer.