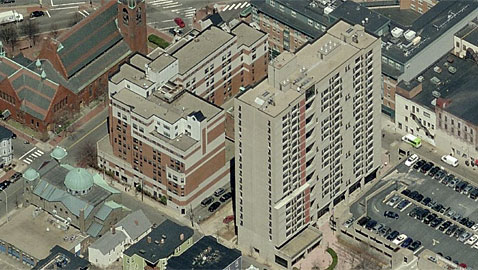 The Cambridge Housing Authority is trying a different strategy to preserve hundreds of deteriorating public housing units, and this one could affect other subsidies for poor people seeking housing.

Early this month the authority sent an informal proposal to federal officials to raise $32 million with a combination of existing federal money, new private investments and some of its own pool of rent subsidies. The money would renovate just one public housing development: the 198-unit Frank J. Manning Apartments on Franklin Street in Central Square. It houses elderly and younger disabled tenants.

The move comes after officials from the U.S. Department of Housing and Urban Development have repeatedly rejected the authority’s preferred plan. That plan, submitted last spring, would have transferred almost all the authority’s public housing units to a private CHA affiliate to tap into a loophole that would bring vastly increased federal aid, plus private investment.

Federal officials moved to close the loophole after they realized scores of housing authorities across the country were lining up to take advantage of it. HUD has twice rejected Cambridge’s application, and that effort is now “suspended,” authority Executive Director Gregory Russ says.

The new plan would cover repairs to Manning, built in 1976 and now one of the two projects that the authority says need the most extensive renovations. The other development is Millers River, a 297-unit building for elderly and younger disabled tenants on Gore Street in East Cambridge.

Officials say they are worried that without repairs, the developments and others will deteriorate to the point where they’re uninhabitable.  The temporary federal stimulus program financed some repairs, but ongoing federal aid has steadily shrunk, spurring efforts to find other sources.

As with the first strategy, Russ said tenants will keep their current rents and protections even as Manning is transferred to a private affiliate for 15 years so the authority can raise money from private investors buying tax credits for low-income housing. It could also borrow money, like any property owner who gets a mortgage. The authority would continue to manage the building.

Unlike the authority’s first plan, this proposal doesn’t depend on the  federal government to contribute any more aid. Instead, the authority will probably have to dip into its own stock of Section 8 rent subsidies, which allow low-income individuals and families to pay no more than 30 percent of their income for rent in the private market. The government pays the remainder.

Russ said no tenant with a Section 8 subsidy would lose it; the authority usually has a small number of unused subsidies at its disposal. But by attaching some of the subsidies to existing units at Manning, the move would reduce the number of rent subsidies available to the public. About 1,300 people are waiting for rent assistance. The waiting list for the coveted certificates has been closed to new applicants for years.

The proposal to HUD assumes that the authority will use 198 Section 8 certificates for the project, one for each Manning apartment. Russ said far fewer may be needed, though. A specific number will be calculated if HUD shows interest in the plan, and the public will get a chance to comment, he said.

Tenant representatives have previously said they want to be consulted before the number of available subsidies would be reduced. Attorney Susan Hegel of Cambridge and Somerville Legal Services, a lawyer for the Alliance of Cambridge Tenants, said she couldn’t immediately comment on the proposal.

Defending the use of the certificates, Russ said an increasing number of poor people can’t afford to rent in Cambridge even with Section 8, because skyrocketing rents here exceed the maximum rent the government will subsidize.

Russ acknowledged that dwindling federal aid presented the authority with a difficult choice. “We can issue as many tenant-based vouchers as possible or we can preserve [public housing] assets,” he said, referring to Section 8 subsidies in using the term “tenant-based vouchers.”

In another potentially controversial element of the plan, the authority would outsource maintenance work at Manning. Officials estimate they could save about $95,000 a year from hiring an outside contractor to do maintenance. Currently the three maintenance workers cost about $250,000 a year, including benefits, according to the figures submitted to HUD.

Russ said the authority would have to negotiate changes with the union representing workers. If the work is outsourced, the employees might get other jobs at the agency.

The authority hasn’t given up completely on its first plan, Russ said. Federal officials might allow the authority to use the loophole – and increased aid – for smaller renovation projects while requiring Cambridge to use its own resources for Manning and Millers River, the most expensive work, Russ said.