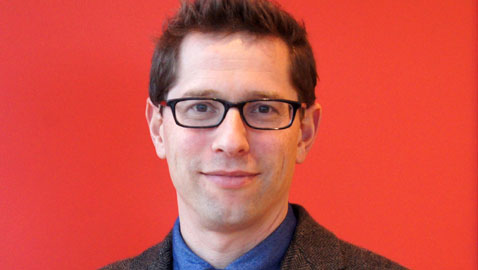 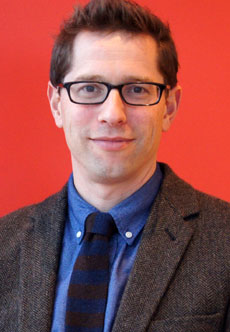 Dr. Ethan Seidman has moved to Kendall Square to be closer to his clientele. (Photo: Kendall Psychological Associates)

Kendall Square finally has something it needs more than another upscale restaurant: a psychologist.

Packed so tightly with high-tech and life sciences companies that it’s known as the most innovative square mile on the planet, the area is also thronged with scientists and engineers under massive pressure to solve problems, save lives or find the next big, life-changing invention, item or app. Many of those people found their way to Dr. Ethan Seidman in the decade he maintained a solo practice between Central and Harvard squares.

“I was noticing more and more of my practice was coming up from MIT and Kendall Square, and I was hearing a lot about what those careers were like,” Seidman said. “Things are stressful. There’s a lot of dynamism, but there’s a lot of career uncertainty, a lot of anxiety, a lot of online addictions, and there was nowhere down there for people to go.”

There was another common factor among those coming for help, Seidman said: “People were kind of stressed out about taking the time off work.”

Moving to the neighborhood

Last summer he decided to move closer to those patients, whether they be students or educators at the Massachusetts Institute of Technology or workers in the innovation industries. He hired clinicians and lined up space at 1 Kendall Square alongside tech office high-rises, restaurants, a pool hall and cinema. Kendall Psychological Associates opened in November.

Once busy as a solo practitioner near Central, now he finds all of his staff to be well occupied in Kendall.

“It just struck me as an opportunity. I could tell from my own practice there was a need not being met,” he said.

Tim Rowe, president of the Kendall Square Association and founder and chief executive of the Cambridge Innovation Center, saw the opening of the clinic as another sign of the square’s evolution – along with those upscale restaurants.

“Its exciting to see Kendall Square become more of a full-fledged neighborhood, with every type of service that individuals need and want,” Rowe said Tuesday. “Next up, all the surveys say we could really use a pharmacy.”

The stresses of Kendall Square

“When people are feeling stressed out and at a loss about solving the issues they’re experiencing, they’re turning to online activities as ways of coping with their problems, and then the online activity becomes the problem itself,” he said.

“It’s very clear to me there are issues particular to the MIT community – issues like people who have been very focused on a particular way of problem-solving and very adapted for doing engineering or very adapted for doing science but not so adapted to solving personal problems. You get people who are trying to solve their personal lives the same way they solve their work problems, and it doesn’t work,” he said. “People come in with relationship problems because their work/life balance is out of whack and so it’s hard for them to make relationships work, or because they have devoted all their lives to work and they realize they’re quite lonely and they’re looking around for social connection and love connection and they don’t know how to do it.”

Another theme Seidman has found:

“You get people who under enormous pressure to produce, under enormous competitive pressure and anxiety … When you’re in a community where so many people are brilliant and so many people are incredibly productive, if you’re one of the people who are just very, very smart it can be hard. You wonder why you’re not a genius,” he said. “In any other community, you’d be doing great. In this particular place, if you haven’t started a company and sold it for $10 million you think that you’re a failure. People struggle with that.”

The clinicians are also finding people taking steps away from that, “when people realize they don’t want what they feel the culture tells them to want. They don’t want the most prestigious or most high-powered role, what they really want is a work/life balance,” he said. “Nothing in the culture supports that, really, so it can be really hard for them.”

“Some people just come in saying they have a problem and they want to fix it, that kind of thing,” Seidman said. “We try to help people wherever they’re at.”