Cambridge celebs: How Ben Affleck’s beard is saving the world 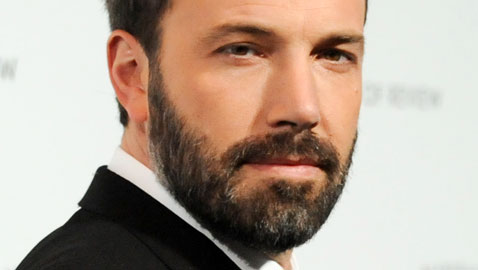 Cambridge celebs: How Ben Affleck’s beard is saving the world

Ben Affleck: Affleck and “Argo” go on winning. On Sunday “Argo” took Best Film at the 66th Annual British Academy of Film and Television Arts Awards, Affleck took Best Director and there was an award for Best Editing as well. (And, hell, a week ago “Argo” won the USC Libraries’ 25th annual Scripter Award for best adapted screenplay.) It’s gotten to the point that the International Business Times is asking “How Many Awards Has Ben Affleck Won For ‘Argo’?” – and answering that it’s about 20.

So even as Affleck is named as a presenter for the Oscars when the awards show is telecast Feb. 24, conjecture goes on about why he wasn’t named as a nominee for Best Director (“Because, if he had been, he’d almost certainly have won,” says Chris Hewitt at Twin Cities) and what this means for the race he should have been in (Steven Spielberg and Ang Lee are the only people left in it, says The Hollywood Reporter’s Steven Galloway, with Michael Haneke, David O. Russell and Benh Zeitlin sure to lose).

Just as important, apparently, is that Affleck has kept his “Argo” beard as part of a trend toward general facial hairiness among men. This, according to the London Evening Standard’s Dan Jones, is a good sign because “it’s no coincidence that during periods of prosperity and creativity this country was ruled over by hirsute males.”

Esquire’s Paul Schrodt scoffs at this, saying “The beard has no moral consequence. It just looks nice, especially on Affleck and Cooper and Clooney. I’m sorry to deliver the news,” while Now Daily’s Amy Brookbanks just begs to differ completely on all three Hollywood men:

Let’s start with Ben. What the actual hell has he done to his face? I’m talking about the beard. He’s instantly knocked 10 years onto his boyish good looks with a full-on face of graying fuzz. Eurgh!

But to prove he’s still super cute, Affleck has revealed that he spies on audiences watching his films so he can see how they respond, and has been finding it “rewarding” that they react as he hoped.

In fact, it’s a three-minute video for Damon’s water.org charity in which the actor calls a press conference to tell reporters (including celebrity ringers such as Kate Micucci and  Stephen Root) that until steps are taken to ease the global water crisis, he won’t be using toilets – or releasing waste at all. The video (above) is, in fact, very funny. And Damon is committed to getting the water.org message out, to the extent he’s guest-starring in follow-up clips with vloggers such as Shay Carl and Wheezy Waiter:

The Los Angeles Times’ Wesley Lowery did two takes on the campaign, its attempts to go viral and a wider look at the new celebrity approach to charities.

Damon’s work on “House of Lies,” in which he plays himself as a rather more jerky Matt Damon, is also drawing attention. The Mother Nature Network’s Michael d’Estries applauds the bit in which the jerk Damon talks about wanting to beat George Clooney at his own bid for celebrity sainthood via raising awareness for the Not On Our Watch organization. (In fact, “the real-life Matt Damon helped start the Darfur charity Not On Our Watch with [“House of Lies” star Don] Cheadle, Clooney, Brad Pitt and several others,” d’Estries notes.)

Mindy Kaling: Kaling came to Boston on Friday with NBC’s “Today” show, and the Boston Herald had some nice behind-the-scenes moments to share, such as a shoe-related wardrobe malfunction and “very classy” time Kaling spent with the fans who gathered to watch.

Kaling also talked with the show’s own blog about what it’s like coming from the area, where “it’s so cold here all the time and people are like terrible drivers. [But] we can cop to that. We have a lot of good qualities … But you have to like, be a toughie here. [It] gives you a good sense of humor.”

Grantland’s Andy Greenwald ponders the state of love among the casts of sitcoms and says he likes where Kaling’s “The Mindy Project” is going, while Stephen Silver at Technology Tell finds himself wondering why recent episodes of Kaling’s show and Lena Dunham’s “Girls” had such weirdly similar and rare scenes of women being unable to cope with the high-tech showers of their hook-ups.

Passion Pit: How did Passion Pit do playing New York’s massive Madison Square Garden? Despite some nervousness, catalogued in a photo essay by Rolling Stone, pretty damn well – the words of Ilana Kaplan at Baeble Music, who says the band started on time Feb. 8, played a balance of tracks from “Manners” and “Gossamer” and got everyone in the crowd dancing.

“Seven months ago they told me I could never tour again. And now we’re here on stage at Madison Square Garden,” Kaplan quoted lead singer Michael Angelakos as telling the crowd. “And I’m going to keep doing it.”

“Even the coldest of hearts had to be touched by what Angelakos said while dedicating his ability to perform to his fans,” Kaplan said:

As Angelakos has been candid about his mental health struggles in the past, his words to his fans did not go unnoticed. Following his short speech, he played “Take A Walk”: a song that shows how a simple walk can cure almost anything. There was definitely a sonic issue during Passion Pit’s set, as Angelakos’ voice faded [out] quite often, but nonetheless, confetti soared and the audience swayed. The band played classics like “To Kingdom Come,” “Little Secrets,” “Moth’s Wings” and ended with a killer encore of “Sleepyhead.”

Emily Payne, of The Quad, an independent online publication for Boston University, gave a similarly stellar review of the band’s Sunday performance, bumped from Feb. 9 by a blizzard. “A suited-up Angelakos, much to the appreciation of the Boston audience, gave a shout out to the group’s origin at Cambridge’s Middle East club six years ago,” Payne wrote.

More kudos across the board for the clever and playful yet underneath melancholy – gee, just like every Passion Pit production – video for the song “Carried Away,” in which Angelakos plays boyfriend to Sophia Bush in an idea brought to life by directors and brothers Ben and Alex Brewer. There’s a touch of magical realism applied to the mundanity of a relationship filled with bickering and apologies as well as fun and love, and never a more clear illustration of how the words you say to your partner can come back to haunt you.