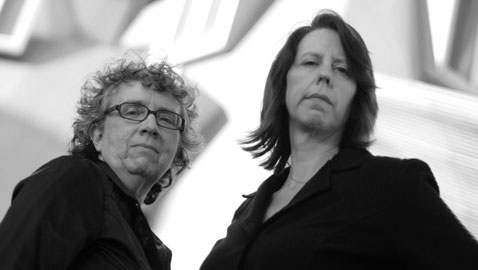 Lilypad has an Easter sampler Saturday, with a mix of bands and styles that offers something for almost everyone.

Locals Ginger Ibex, which describes itself as being at the wordless intersection of rock and classical, uses virtuoso performances by Sharon Crumrine on piano and Betty Widerski on viola to create often urgent, always beautiful sounds that provoke two uncanny reactions: They sound like the soundtrack to a movie you’d love to see; and they sound like more than two people are playing. (Sometimes there is. Mel Fitzhugh has been known to contribute violin and guitar, and Alan Trebat sits in on drums.)

Expect a mix of songs dating back to the 2009 album “Firefly” and the best from the band’s recent “Rusty Goat Sessions,” an album begun and finished in a month as part of the RPM Challenge.

And expect something totally different from Ginger Ibex’ follow-up, the Wakefield band Silhouette Rising, whose repertoire ranges from sweet harmonies to the manic rock of its “Rehab.”

There’s so much variety on offer that it’s almost redundant for Ginger Ibex to be bringing Easter candy to share. But there will be Easter candy.