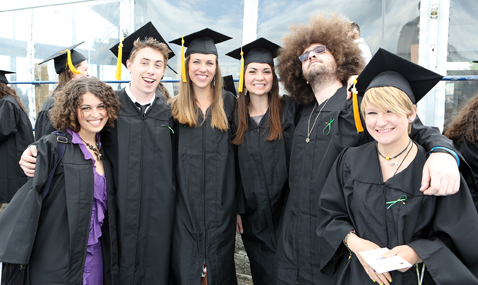 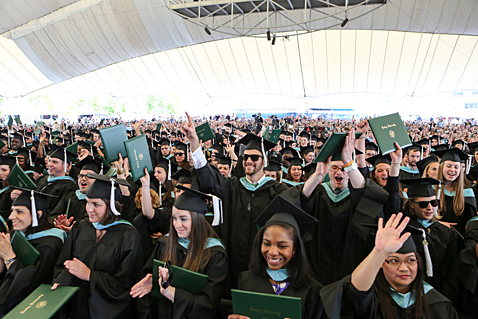 The event was held at the Bank of America Pavilion in Boston, with an impressive array of commencement speakers: for undergrads, Pulitzer Prize-winning historian David McCullough and singer-songwriter Graham Nash, of Crosby, Stills & Nash; for the graduate students, the Rev. Liz Walker, listed as “humanitarian, minister, television journalist and documentary film producer,” and Paul Reville, former (and first) secretary of education for the state and current Harvard Graduate School of Education professor.

All four got honorary degrees at their respective commencement ceremonies – graduate students at 10 a.m. and undergraduates at 2 p.m., said Amanda McGregor, communications manager for the university.

“It was a beautiful day, and the speakers were truly inspiring,” McGregor said.

The number of graduates Saturday was a small step back from last year, when more than 2,300 degrees were conferred: 456 bachelor’s degrees, 1,899 master’s degrees and 33 doctorates.

Six Lesley graduates celebrate Saturday at the Bank of America Pavilion in Boston.