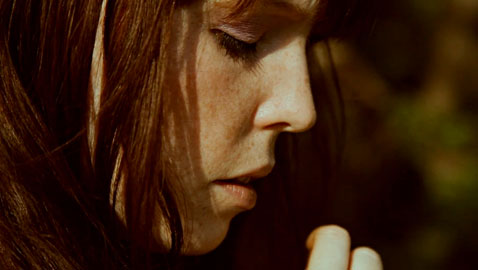 Somerville’s Mary Bichner released a video Thursday for her song “Throw Stones” that continues the blend of high and pop culture seen throughout her time leading the band Box Five. As we’ve come to expect with composer and pop auteur Bichner, the song uses classical instruments – Nick Dinnerstein on cello, Anna Stromer on viola and Chris Baum on violin (with Christopher McClain and Abby Swidler synching to their elegant work in the video) – but tells a distinctly low-falutin’ story.

Geeks who pay attention to the lyrics might probably catch on: “Throw Stones” is the story of the character Galaxia from the anime magical girl series “Sailor Moon.”

Bichner explains the song in a “super nerdy” blog post, saying with tongue in cheek:

Anyone else would be likely to miss the backstory, as the music has an orchestral lushness not terribly reminiscent of anime drama – in fact, Bichner’s phrasing makes you think you’re hearing the arrival of another perfectly crafted pop package out of Sweden or Iceland – the lyrics are otherwise opaque and the video itself, directed by Scott Foley, has the high-contrast, sun-dappled look of a 1970s glamour shoot. No anime cels in sight.

The song is available as a free MP3 download at Bichner’s Bandcamp page.