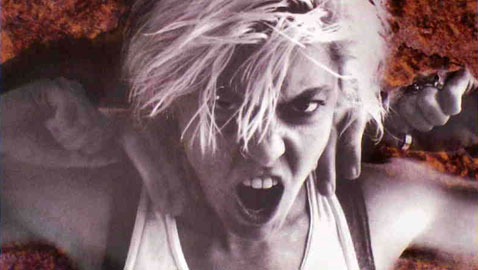 For women in a city with vibrant nightlife, the story of Mia Zapata can be a terrible warning: As the badass lead singer for punk band The Gits in Seattle’s tight-knit 1993 downtown Seattle music scene, Zapata probably felt safe walking alone in the city’s Central District, but was still brutally raped and murdered.

For nine women in the same scene, Zapata’s death was more than a warning. It was an inspiration to form Home Alive, a collective with a simple mission – getting women Home Alive, including through education and self-defense courses.

The group’s 17-year history and legacy gets a look in a screening Wednesday of “Rock, Rage & Self Defense: An Oral History of Seattle’s Home Alive,” a Kickstarted documentary. Directors Leah Michaels and Rozz Therrien will be on hand.

Going from nine women with an idea to a full nonprofit – even inspiring a 1996 two-CD fundraiser album, “Home Alive: The Art Of Self Defense” with songs from Nirvana, Pearl Jam, Jello Biafra and The Gits themselves, among others – the group has recently given up its 501(c)(3) status and reverted to a volunteer format. The entire history likely holds many lessons for activists, organizers and women in general who find themselves out at night in the occasionally threatening streets of Harvard or Central squares.