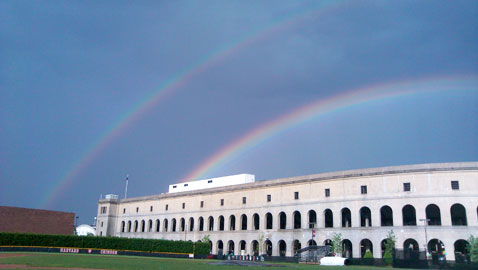 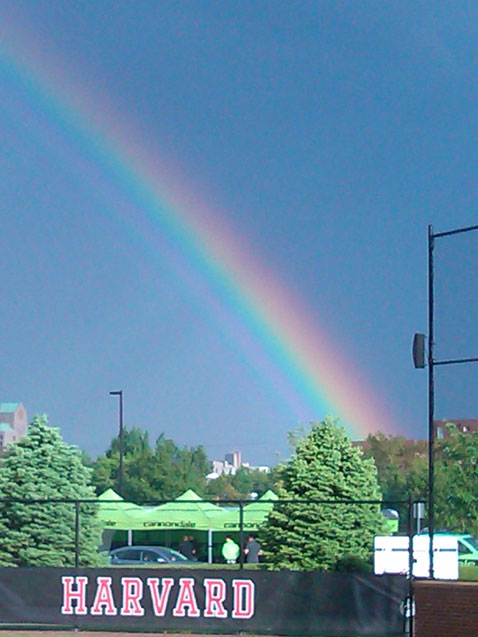 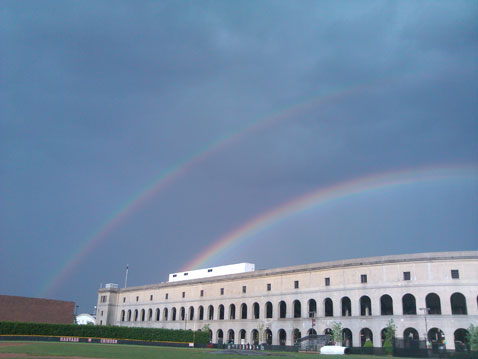 The world may have gotten a little more blasé about double rainbows since Jan. 8, 2010, when Yosemite Mountain visitor Paul Vasquez uploaded a video to YouTube (as Hungrybear9562) in which he gave that monologue as a follow-up gift to the world.

But reader Dan was in the baseball field at Harvard stadium in Allston on Friday when the local double rainbow appeared, and he sent along these images, albeit with no goshes, hecks or cows.