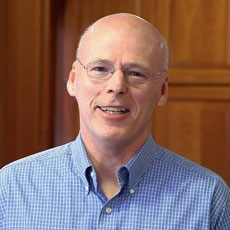 I write in support of Warren Tolman as Democratic candidate for attorney general.

I have known Warren for more than 15 years, since his days as a state representative and state senator from our neighboring community of Watertown. He is a progressive leader who fights passionately on issues important to Cambridge, such as campaign finance reform (authoring state campaign finance and ethics laws and running as a clean-elections candidate) and women’s rights (supporting the original buffer zone law and supporting efforts to protect a woman’s right to make her own health care decisions). He has repeatedly taken on special interests, for example helping pass first-in-the-nation legislation requiring tobacco companies to disclose the ingredients in their harmful products.

In this election, Warren has pledged to use existing state laws to mandate smart-gun technology on all handguns sold in Massachusetts. Like using a fingerprint to unlock your iPhone, this technology prevents children and other unauthorized users from firing a handgun. The technology exists and can be implemented today. Mandating its use would be a vital first step in Warren’s comprehensive plan to help rein in gun violence. Simply, smart guns save lives. Our communities can no longer afford for politicians to be timid on handguns.

On Sept. 9, I will vote for Warren Tolman for attorney general because he is the only candidate who has demonstrated willingness to take on special interests to protect our communities and to fight for progressive issues. I urge my neighbors and the residents of Cambridge to do the same.