‘Life of Crime’: Leonard’s ‘Jackie Brown’ crew back at shenanigans, for lesser haul 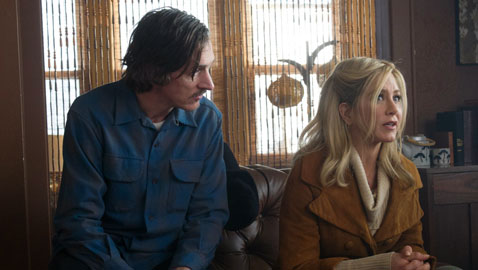 ‘Life of Crime’: Leonard’s ‘Jackie Brown’ crew back at shenanigans, for lesser haul

Elmore Leonard, the beloved master crime and western novelist, transcended seamlessly the divide between pulp and celluloid. His career is littered with great novels that became great movies (“Get Shorty,” “Jackie Brown” and “Out of Sight” to name a few), a smattering of original screenplays (“Joe Kidd”) and even took a few turns as producer. Cormac McCarthy might be his only peer. 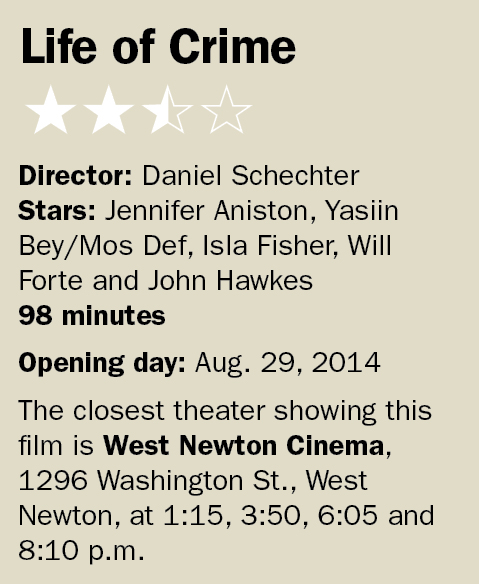 Leonard passed last year. Among his last labors were executive producing this adaptation of his similarly named novel.

The prolific writer’s cinematic gems have always been imbued with quirk and the kind of dark comedy that can be found only within the hardboiled world of crime. The characters are larger than life and full of foibles and flaws, and as a result always quite accessibly human. Leonard clearly loved his darlings, and so do we, which makes “Life of Crime” a treat or a total disaster to see Robert De Niro’s floundering ex-con Louis and Samuel Jackson’s lethal Ordell Robbie played by John Hawkes and Yasiin Bey, current name of Mos Def. Hawkes carries Louis forward, but Def is no sub in for Jackson. Part of that is he lacks Jackson’s thespian firepower, and part is that the script by relative newbie Daniel Schechter (who also directs)  makes Ordell less potent.

“Life of Crime” unfurls as another Ordell and Louis caper in old Detroit as they pair up with a Nazi-lover named Richard (Mark Boone Junior from “Sons of Anarchy”) to kidnap a real estate tycoon’s wife. The problem is that the husband, Frank Dawson (Tim Robbins), is cooling his heels in Miami with a buxom bimbo (Isla Fisher) and doesn’t care if he gets wife Mickey (Jennifer Aniston) back. Shenanigans funny dark and violent ensue, including Ordell and Frank’s object of interest becoming involved (given the way Ordell was willing to share Bridget Fonda’s Melanie with Louis after getting out of jail, he would seem to fairly progressive as far as love and sex go).

The fraying marriage between Frank and Mickey propels the movie. The three hoods don’t bear much chemistry – it’s hard to imagine them ever hanging out, especially in light of Richard’s extremist tendencies and depraved proclivity for perverse pleasures and violence – and also in the mix is Will Forte as a foppish married other with romantic desires for Mickey, but he’s not worthy. Most in the film aren’t, and as a result it becomes Aniston’s film even if Schechter is trying hard to not have it go that way. Aniston gives it her best and you have to like a character who never rolls over even when the going gets tough or even perilous. The one thing Schechter gets right à la “American Hustle” is the ’70s/’80s ambience. It’s sweet and nostalgic and never too heavy.

“Crime” is enjoyable enough, but it’s more an appetizer than a meal that leaves you wanting a second helping of “Jackie Brown” or “Out of Sight.”