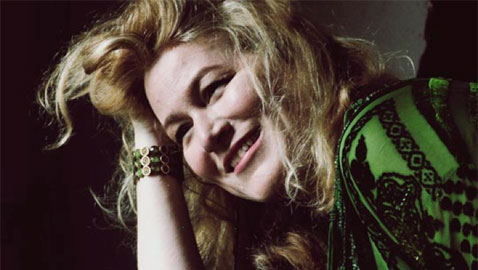 “Haunted Heart,” her fourth album, was released Jan. 21 but it was previewed start to finish almost exactly a year ago for hometown fans at a Nov. 21, 2013, sold-out show at Club Passim in Harvard Square.

After writing mainstream country songs for others – among others in Nashville, her tunes helped launch the careers of Jillian Cardanelli and Erica Nicole, and she can claim to have had her music played on country and Americana radio in more than 30 countries – Cattaneo said she found herself wondering “Is that really me?”

As a result, last year she wrote and recorded what she described as a darker, more brooding batch of songs encompassing traditional genres including country, blues and folk.

“‘Haunted Heart’ is really personal for me,” Cattaneo said. “This is the first album where I wrote every song for myself. And it was amazingly liberating.”

A keystone of the album is probably her song “Lorelei,” inspired by a friend’s betrayal. It turned into a video with a concept by Cattaneo that was filmed, directed and edited by B.J. Mansuetti. “I lived with the pain and resentment of this incident for a good long while and kept hoping my bitterness would pass,” she said. “Finally, I decided to write about it, and the form that seemed most appropriate was a murder ballad. I kept it upbeat and in a major key, so it has a kind of gleeful madness to it.”

The video makes the betrayal even more intimate: It makes the main characters twin sisters, played by Cattaneo.

“One twin steals something from the other twin and drowns her. But because they share a blood bond, the drowned twin’s spirit haunts the river and calls to the live sister to come and join her in the riverbed,” she said. “This event brings a shade of darkness to the soul of the drowned twin.”

Despite frigid winter temperatures, in filming the video Cattaneo plunged into the Mystic River near her house in Medford.

Opening for Cattaneo on Tuesday is Giulia Millanta, a songwriter from Florence, Italy, now based in Austin, Texas. Millanta plays guitar and ukulele and sings in Italian, English, French and Spanish, and boasts of using a “unique style in combination with various genres to craft music that connects cultures.”