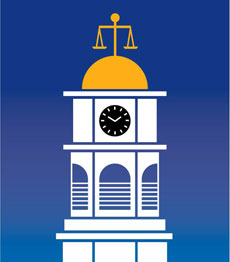 A member of the Neighborhood Association of East Cambridge asked that this letter be made public:

Wednesday, Nov. 26, 2014: In accordance with our mission to keep you informed, there have been some significant actions regarding the development of the former Edward J. Sullivan Courthouse in East Cambridge.

As you probably know, despite widespread resident objection to the development, exemplified by multiple “Not in Favor” votes by both neighborhood groups (the Neighborhood Association of East Cambridge and East Cambridge Planning Team), on Oct. 30 the Planning Board granted developer Leggat McCall Properties their special permits to develop the courthouse into a 20-story, 470,000-square-foot commercial building.

On Nov. 19, two independent parties filed legal appeals of the Planning Board decision with the commonwealth’s land court.

One is a citizens group led by residential abutter Michael Hawley and another is by a commercial abutter, attorney Daniel Hill. Both lawsuits claim that the courthouse was not a lawful non-conforming structure under the zoning laws (because it was built and operated by a governmental entity acting under immunity from local zoning), and therefore is not eligible for a special permit to a private, commercial party.  The suits also argue that the redevelopment will cause additional “significant detrimental impact” to the neighborhood beyond that of the historical courthouse use, and therefore should have been denied the special permits. The detrimental impacts cited include: traffic, parking, noise, light pollution, wind, shadow, privacy and security, and urban design issues. The suits also claim that the developer did not have adequate control of requisite parking for the development, as it was relying primarily on the subsequent long-term lease of 420 spaces in the First Street Municipal Garage from the city.

An article the appeals, including copies of both lawsuits, is here.

Both suits echo concerns the NAEC has expressed over the past nine months. The association and many other Cambridge residents and associations participated responsibly in the permitting process, delivering literally hundreds of public comment letters, petition signatures, public statements at hearings, working groups, committee meetings, etc., to the developer, city and state officials, expressing well-reasoned arguments regarding the questionable legality and significant detrimental impacts of the courthouse redevelopment proposals and why the project needed to be significantly downscaled or denied its permit – to no avail.

The association regrets that the process has led to the necessity of filing lawsuits, but strongly supports the need for determinations on the underlying issues by an independent court of law.

The association also believes these appeals substantiate our expressed concerns regarding the integrity of the planning/permitting process and the need for reforms to restore public trust and produce higher-quality outcomes that better serve the public interest.

It continues to be a long but important journey to get the best result for our city and neighborhood. Please don’t hesitate to send us your ideas, and many thanks for your continued support!

The Neighborhood Association of East Cambridge Board