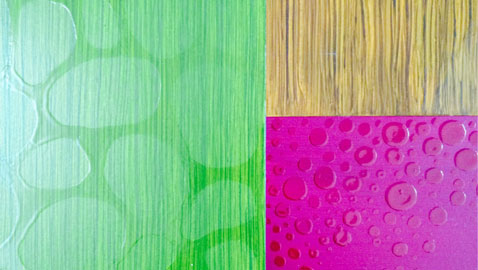 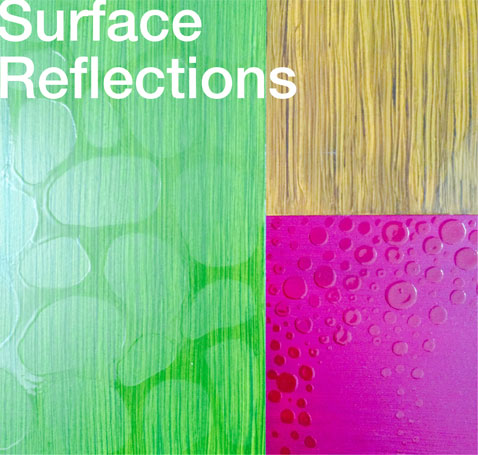 Drinkwater’s in Porter Square is usually engaged in the quiet business of suiting up men of a certain style, mainly in muted earth tones among burnished wood shelving. Its walls, though, are sparking with a different kind of energy through early April, as Janet Malenfant becomes the latest artist highlighted in the store’s occasional turns as a gallery.

Malenfant is painting semi-abstract works these days, primarily acrylics she accurately if understatedly describes as “colorful, playful and imbued with a vibrant energy.” While she draws from nature – wood, coastal waters and minerals found in stones and her gardens – the colors in her “Surface Reflections” show can be shocking.

Malenfant worked for 18 years as an art director and designer for ad agencies and nonprofits in the Boston area, according to her bio, but 14 years ago switched gears and began painting. “Work in this exhibit reflect her continued interest in graphic lines and forms influenced by modern design,” the exhibit materials say.

During Cambridge Open Studios – happening this year May 9-10 – she opens her home studio near Drinkwater’s to show off more of her work, but her resined acrylics are at the clothiers through April 11. The opening reception is from 5:30 to 8:30 p.m. Thursday at Drinkwater’s, 2067 Massachusetts Ave., Porter Square.