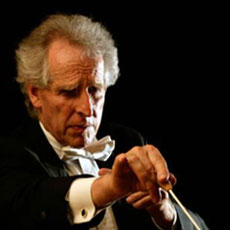 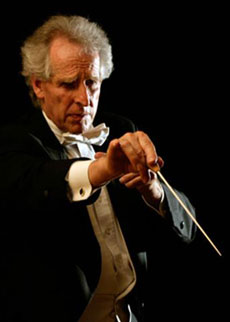 From Social Capital Inc., March 18: Cambridge’s Benjamin Zander, conductor of the Boston Philharmonic Orchestra, will be honored Thursday with a 2015 SCI Idealist Award at the annual Social Capitalist Luncheon hosted at the Sheraton Boston Hotel by Social Capital Inc., which tries to strengthen communities by uniting diverse individuals and groups through civic engagement initiatives.

Zander, a New England Conservatory faculty member, Boston Philharmonic Youth Orchestra conductor and a guest conductor around the world, gave the opening keynote address at the 2002 World Economic Forum in Davos, where he was awarded the Crystal award for “outstanding contributions in the Arts and international relations”; the same year, he was awarded the Caring Citizen of the Humanities Award by the United Nations.

His partner Rosamund Zander and he have collaborated on a best-selling book, “The Art of Possibility,” which has been translated into 17 languages.

He will be honored alongside fellow Idealist nominee Eric Schwarz, co-founder of Citizen Schools and author of “The Opportunity Equation: How Citizen Teachers Are Combating the Achievement Gap in America’s Schools.”

This year’s luncheon with also honor three Community Social Capitalists from throughout Eastern Massachusetts who have made a difference in their cities and towns. There are Social Capital projects in 17 cities and towns in Massachusetts, including youth-led campaigns to promote healthy eating and exercise; community Web portals and e-newsletters to connect people to civic information; multicultural events; neighborhood gatherings; and resident-led community problem solving.

Annually, the luncheon draws more than 350 attendees – community leaders, local business owners and philanthropists from around the state.