‘Do I Sound Gay?’: He shares voice lessons after listening aboard a train to Fire Island 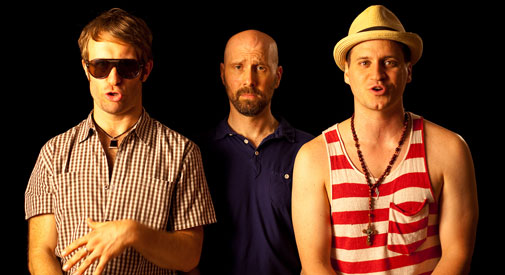 ‘Do I Sound Gay?’: He shares voice lessons after listening aboard a train to Fire Island

“He’s so gay” and “My gaydar is going off” are common phrases applied when sussing out a male who prefers males, but what triggers such a reaction? According to a participant in David Thorpe’s smug yet thought-provoking documentary, “Do I Sound Gay?,” the critical tell is all in the way you walk and talk. The latter, as the title implies, is a major concern of Thorpe’s – so much so that the self-described writer/journalist immerses himself in speech therapy. 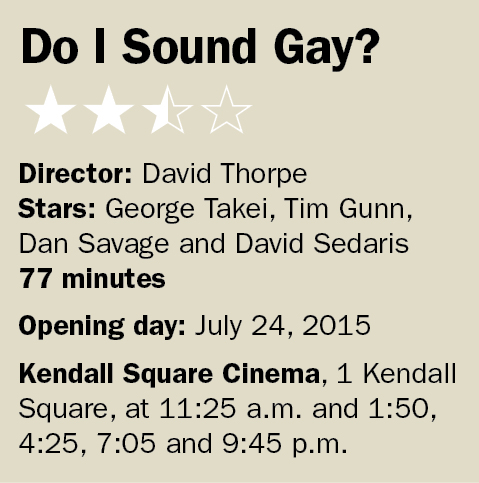 Thorpe’s impetus (and the film) comes after a traumatic breakup and subsequent train ride to Fire Island where, taking in all the high, nasally sounds around him, he comes to the realization that he and all of his fellow gay passengers “sound like a bunch of braying ninnies.” The inherent fear: Who will want to be with me if I sound so ridiculous? It’s affirmed by a bunch of buff young lads lazing on a beach who tell Thorpe if they wanted something high-pitched and effeminate, they’d be straight. The point is further hammered home by clips of locker room porn in which gridiron beefcakes pound away at each other issuing directives with the deep-throated machismo of a hetero hump.

Two of the major threads in the narrative have Thorpe either practicing voice lessons to flatten out his inflection and sound less womanly or, conversely, and in self-deprecatory mode, employing a shrilly singsong intonation in unison with clips of the classic queens of the screen – the educated pansy, as Thorpe calls them, or freaky villains such as Clifton Webb in “Laura.” Thorpe, opening himself up at the start of the film, also does street-side interviews with random folk (mostly gay males) to ask the question of the film’s title. The answer is a resounding “yes,” or along the lines of sounding sophisticated or educated – not bad things –  but too pansy to empower Thorpe to pursue love with confidence.

Thorpe grew up in South Carolina, and being in his early forties is old enough to have been from a generation for which being gay was less than cool and a reason to be picked on; the right to marry another man wasn’t even a pipe dream. In one of the more compelling segments of the film, Thorpe interviews a teenager who was taped getting beaten up in a classroom for being gay as peers stood by and did nothing. The boy, clearly comfortable in the presence of Thorpe, tells the camera proudly (but with a twinge of suppressed pain) that he was in “diva” mode, loud and proud and not going to hide. The boy possesses affected speech similar to Thorpe’s, something that, like the bullying, begs for further digging. But it’s about here that we cut to a New York City pride parade where Thorpe sees gay activist and social critic Dan Savage and wets his pants with adulation.

From there the film ventures into famous-talking-head mode and follows Thorpe on his mundane quest everywhere – the farmers market and even on the can – as he practices his “more normal” enunciations. George Takei, who came out and found his voice when Governator Schwarzenegger and Proposition 8 flipped the right to same-sex marriage in California; Margaret Cho, whose immigrant dad was ashamed of his accent; silky baritoned “Project Runway” host Tim Gunn; and satirist David Sedaris, who has often been mistaken for a ma’am on the phone, lend their famous mugs to Thorpe’s exposé that so often – and frustratingly so – nears deeper matters that require exploration, only to ebb back into solipsistic contemplation.

People from Thorpe’s past tell him his voice went “gay” when he came out in college, and there’s discussion that the effeminate speak could be tied to emulating mom or other womanly role models. But both ideas are quickly overwritten by some ephemeral antic, such as Thorpe putting the mic to his stomach to let his bowels do some talking.

Thorpe is an intoxicatingly amiable presence, and he’s sharp and intelligent, so why try so hard to sound “normal”? That sounds like a bit like a question Thorpe might ask – and he finally, in an indirect and circuitous manner, does come around to it, but the quest for that next great love never quite finds its way onto the stage.