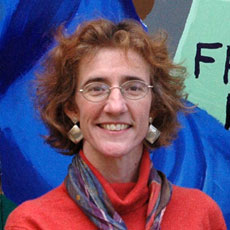 The school district’s hiring of expensive consultants came under fire from School Committee members this week, with members questioning the cost, lack of negotiation and whether there were measured outcomes that would support the practice.

At the four-hour School Committee meeting Tuesday, members began addressing 50 recommendations for action put forth by Superintendent Jeff Young and his staff, although Young was not present at the sole summer meeting. 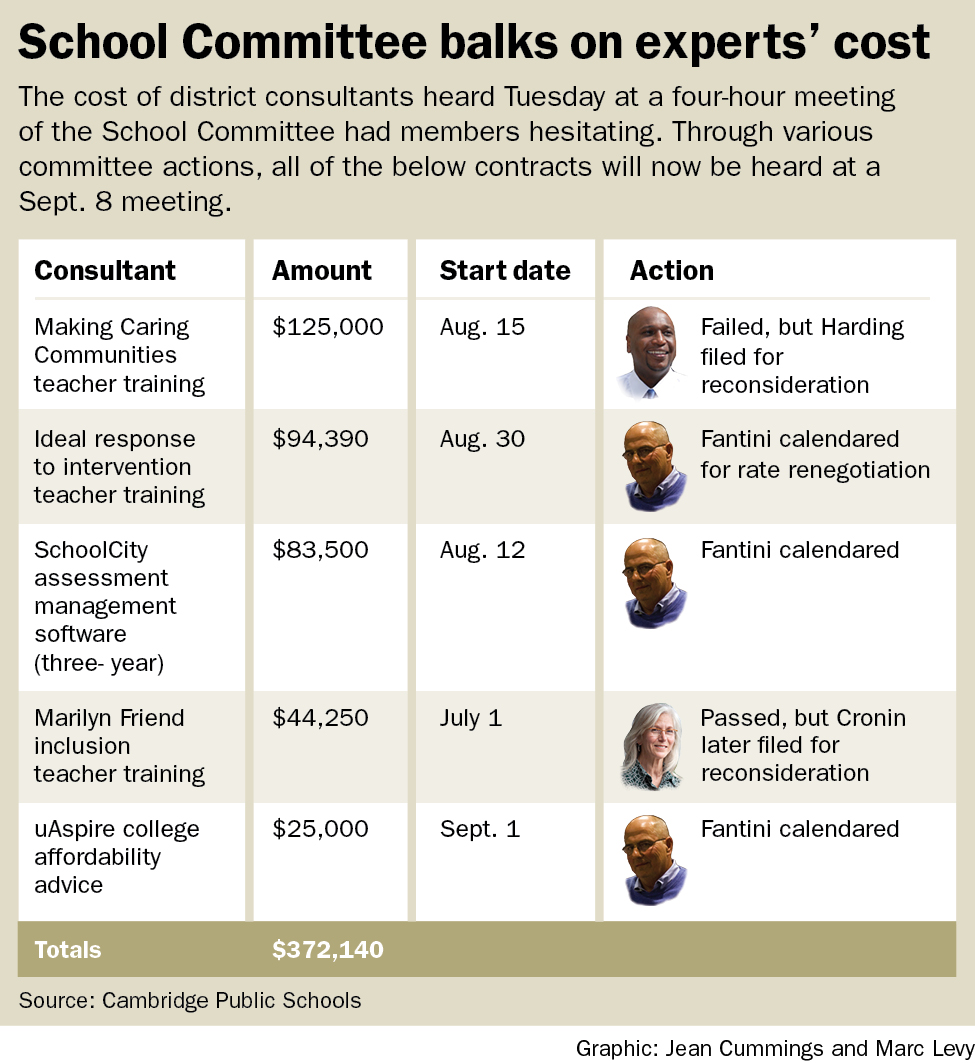 After a presentation and discussion about a surprising new $200,000 consultant’s project to address student behavior problems, more consultant contracts came, with 29 recommendations for contract approval put forth by the administration. Committee member Patty Nolan pulled several for discussion, including: $44,250 to Marilyn Friend for 10.5 days plus travel expenses for supporting special-education services; $31,450 for an unknown number of days of autism-related teacher training; and $94,390 for 28-plus days of training plus travel and materials for “response to intervention” professional development.

“What is the total paid to these consultants in the last years? What are the measurable outcomes?” Nolan asked, continuing a theme she has stressed the past year.

“How long is this going to go on?” she asked. “When do we start doing this ourselves?”

She and others noted with dismay the high daily rates – up to $3,000 and $4,000, with each of the proposals being continuations of previous yearly contracts.

Assistant Superintendent Victoria Greer said the Friend contract focuses on bringing the 22 percent of students who have individual education plans – outlining special learning needs and accommodations – into the full classroom. This is Friend’s third consecutive contract with the city, and she is implementing recommendations she made earlier, Greer said. Friend’s 2014 reports and recommendations on Cambridge’s approach to special-education classroom practices focused on the Haggerty School and the upper schools and Cambridge Rindge and Latin high school.

Her work includes curriculum support, Greer said, but “professional development is also included” to strengthen in-house skills. “I can’t guarantee this will be her last year, but each year we are stepping down until we don’t need her anymore.”

Greer also explained that the autism-related contract is a “very discrete program … targeted at our most significantly impaired students.” She reassured the committee that it had evidence of the program’s effectiveness, and that it met an important need with few alternative resources.

Both contract recommendations were approved unanimously, but the nearly $100,000 contract for supporting the response-to-intervention program got more pushback.

Response to intervention is an approach to identifying and supporting students with behavioral and academic needs. It is used in all Cambridge schools, but this contract with Ideal Consulting Services focuses its work on literacy in three: the Kennedy-Longfellow, Haggerty and Fletcher Maynard schools.

Kennedy-Longfellow principal Christine Gerber joined assistant superintendents Jessica Huizenga and Maryann MacDonald in supporting the work of Ideal and its president, Christopher Parker, saying it “has been some of the most transformative work of my career.” Gerber said her insights into “phonics problems” among younger children led her to encourage all the principals to use the screening and interventions she learned from Parker.

This is Ideal’s third annual contract with Cambridge. The 2013 contract was for $42,000, Huizenga said, and the second year was $94,000. These two years were for “technical services,” including introducing and training on screeners, explained Huizenga, who faced similar questions from the committee last year. The recommendation for $136,000 to pay for the first two years sparked a heated discussion at the July 29, 2014, committee meeting, with members decrying what they saw as the administration’s reliance on high-priced consultants. In the end, Nolan alone voted against the 2014 contract.

The current proposed contract, which works out to just over $3,000 per day, is to continue Ideal’s work “helping school-based teams run grade-level meetings” and other tasks, including working with them on scheduling.

Nolan asked for more evidence on results. Pointing to a list of “outcomes” provided the committee by Huizenga, she said, “none of them are smart goals. This checklist is essentially processes.” Given that Ideal’s major work is focused in three schools, but all schools now use RTI, she said, she wanted to see how the three schools compared with others. “Are we seeing the same improvement in other schools? If we are, then it’s not Ideal [doing it].”

“It’s difficult to find fault with any of this. But these [daily] rates … I can’t imagine pulling this kind of money in,” committee member Mervan Osborne said, referring to his own work in educational consulting. “Maybe it’s the new way we do this – we contract out, we contract out. But Ms. Nolan is right about outcomes.”

At this point vice chairman Fred Fantini jumped in, suggesting that since teacher-training contracts are not subject to lowest-bid rules, “we can support [the contract] but send our negotiators back in to negotiate a better rate.”

“Are we going to do that for all contracts now?” Huizenga asked.

“Having negotiated 100 contracts in Arlington” – where he was deputy treasurer until his 2011 retirement – “from this day forward I expect to get a tough – a fair deal.”

“It is our job,” member Richard Harding added. “If we are bringing consultants in at this high a clip, I don’t understand why people would be so surprised that we would have these questions.”

The recommendation for the Ideal contract was calendared, to be returned for discussion after renegotiation, Fantini said.

This post was corrected Aug. 16, 2015, to show that contract amounts remain in the hundreds of thousands of dollars, but don’t reach up to a million.