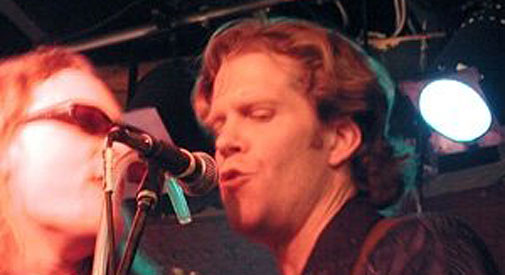 Musician and media startup expert Jim Wooster has been named executive director of Passim by the folk nonprofit’s board of directors, it was announced Monday.

Wooster replaces Dan Hogan, whose retirement after seven years of leadership is effective Monday, and will begin his new role Tuesday.

The new executive director served as financial and administrative manager for several startup companies, including the international news website GlobalPost and its nonprofit spinoff, The GroundTruth Project, and he helped found New England Streaming Media and its Internet radio station, RadioBoston.com, Passim said in a press release.

In addition, Wooster – who has been involved in Passim decision-making as a member of its board for the past two years, most recently serving as clerk – was a founding member of local Americana band the Courage Brothers and has participated in the Berklee Mentor Program since its start. He performs occasionally with local groups including The Loomers and The Blood Mountain Brothers, according to the press release.

“I am honored to have been chosen as the next executive director to lead Passim, an extraordinary and organization that has helped shaped the careers of many musicians,” Wooster said. “Passim is legendary in the music world and through the incredible work of Dan Hogan, the organization has continued to be relevant. I am looking forward to continuing his work and ensuring Passim remains a vital and vibrant part of the music community.”

The Harvard Square mainstay has roots as a nightclub dating back to its opening as a jazz venue in 1958 under the name Club 47 (reborn as Passim in 1969). It now includes the Club Passim folk music club, the Passim School of Music, grant-making Iguana Music Fund – this year 25 artists shared $45,924 in grants – and events-focused arm, Passim Presents, which puts on the annual BCMFest and campfire. festivals, among others. Passim now offers more than 400 shows each year to an audience of more than 30,000 people. It has been a nonprofit since 1994.

A recent change was the coming of a liquor license and launch of The Kitchen at Passim. Bringing on chef Brandon Arms in March to replace the departed Veggie Planet restaurant, Hogan opened the business to all-day activities instead of being focused solely on the evenings. A seven-day Passim breakfast and weekend brunch were goals, with morning music aimed at children, as well as free, live lunchtime music as a platform for up-and-coming artists, likely starting at one day a week.

“Strong leadership is critical to ensure Passim continues to build upon our nonprofit mission of helping to develop artists and creating an intimate listening experience for our patrons,” said Jerry Potts, chairman of the board. “Jim’s leadership and business experience combined with his passion for music makes him an ideal person to guide Passim into the future. I’m confident Passim is in good hands.”