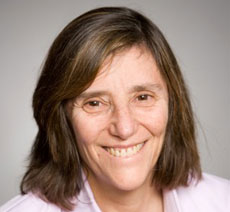 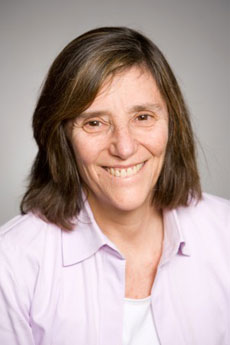 A group that represents primary care doctors affiliated with Cambridge’s two hospitals – Mount Auburn and Cambridge Health Alliance – is running into financial problems that could threaten its ability to support some of its member physicians and expand programs that control costs and help patients, its president says.

It isn’t clear how patients would be affected, but provides a peek into the changing and uncertain landscape health care professionals are navigating.

Mount Auburn Cambridge Independent Practice Association, which serves about 500 doctors at Mount Auburn and the alliance, most of them at Mount Auburn, is seeing a big increase in the number of “high-cost patients” – those whose medical bills exceeded $50,000 in the first three months of this fiscal year, Dr. Barbara Spivak said in testimony filed with the state’s Health Policy Commission. Drug costs have risen sharply for certain patients, especially those who need treatment for cancer or hepatitis C and must take specially prepared medications.

Besides these developments, the association, known as MACIPA, expects to suffer a loss in a Medicare program in which it formerly was a top performer, Spivak said. The group was one of the first to become a Medicare Pioneer Accountable Care Organization three years ago. The increasingly common organizations provide a range of care to patients and can be rewarded or penalized depending on whether they meet financial and quality standards.

Testifying Monday at the Health Policy Commission’s annual hearing on health care cost trends, Spivak said her group “just had to drop out” of the Pioneer ACO program but plans to enroll in another Medicare ACO option called Next Generation. She did not mention the financial challenges described in her written testimony, and group officials didn’t respond to a request for an interview to discuss the testimony.

The group’s problems revolve around “risk contracts” that pay doctors and hospitals based on their ability to control costs and meet quality goals, as opposed to conventional agreements that reimburse clinicians for each service they provide. Private insurers, Medicare and Medicaid are increasingly moving to risk contracts in an effort to reduce the growth of medical costs.

In her written testimony, Spivak said “the cost of patient care is rising faster” than the amount the group is budgeted under its risk contracts. And the organization must also spend more on programs it needs to manage those contracts, she said.

Concerned about the future

These factors are reducing the “surplus” the group earns, Spivak said. (The group is a private nonprofit corporation, according to the state). Some is distributed to its member physicians and some is kept by the group, she said. In both cases the money is intended to support improvements in quality and efficiency.

“We are unable to expand programs to manage care and decrease costs given these financial constraints,” she said in her written testimony.  “We are concerned about our future ability to support our [primary care physicians].”

“Given the higher salaries” at the big Boston hospitals and “the limited financial resources in the future, the viability of our PCPs in private practice is in question,” she said.

Most of the group’s members are in private practice. David Cecere, spokesman at CHA, where some are salaried employees, said the group’s “risk-based financial performance does not affect our commitment to our primary care practices and our ability to provide them with the infrastructure and support necessary for high-quality, cost-effective patient care.”

Despite the financial challenges of risk contracts, Spivak said the group intends to keep “working on alternative payment methods” and remains “committed to Medicare alternative payment methodologies.” At the Monday hearing, Blue Cross Chief Executive and President Andrew Dreyfus said the insurer will introduce a new risk contract next year for a preferred provider organization health plan, and the group will be one of the initial providers to join. PPOs allow members to see doctors outside a network for a higher copayment, and often don’t require members to have a primary care doctor or get a referral, usually relying on higher fees to control costs by dissuading members from going outside the network.

The Blue Cross PPO risk contract will require doctors and hospitals to show they have met cost-cutting goals before they can collect bonuses for improving quality, Dreyfus said. Conventional risk contracts are less demanding, he said.