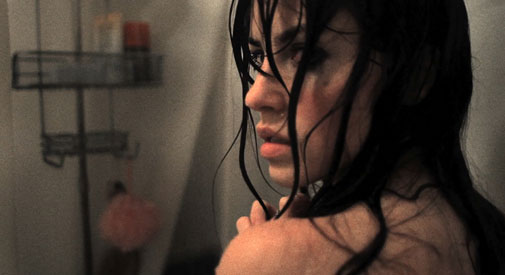 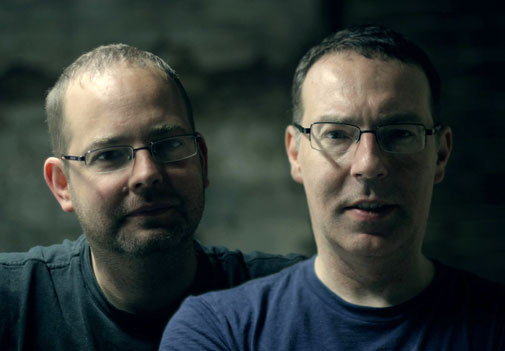 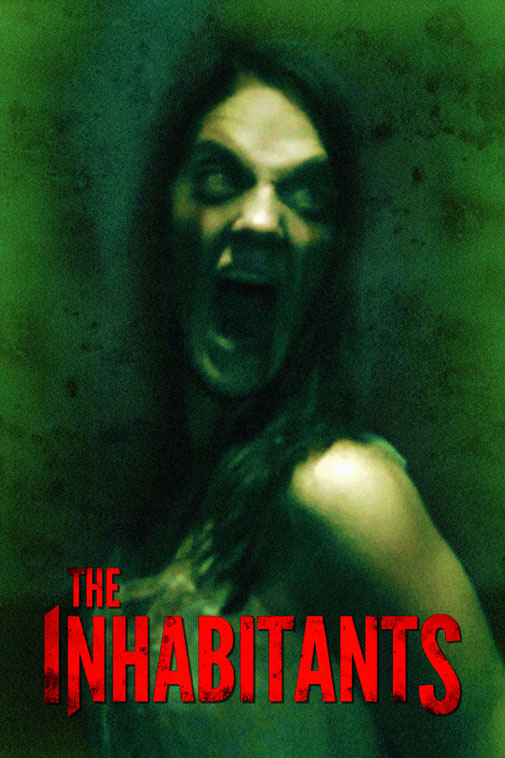 The Rasmussens’ horror thriller ‘The Inhabitants’’ comes out Oct. 13.

You grow up with a yen for the horror masterworks of Wes Craven and John Carpenter and have a burning desire to add to that that list, so what do you do? Hitch your dreams to Boston with the goal of Hollywood? No, we’re not talking Rob Zombie or Eli Roth, who have area roots, but the Rasmussen brothers, Michael and Shawn, who hail from Texas and are releasing their second feature film, “The Inhabitants” via video on demand; a private premiere for cast, crew and friends is tonight at The Somerville Theatre.

The Rasmussens may not have New England roots, but after college some 20 years ago, the pair transplanted to Cambridge and fell in love with the area. “We’re not true New Englanders,” the brothers note, “but we’re trying.” The setting of “The Inhabitants,” the old Noyes-Parris House in Wayland, is one of the oldest homesteads in New England and has ties to the Salem witch trials – and is the home of Glenn Cooper, a producer on the brothers’ first directorial feature, “Dark Feed” (2013). The basic story is of a young couple (Elise Couture and Michael Reed) who take over a rustic inn to run as a bed and breakfast. It’s a chilly paradise at first, but things start to go bump in the night and the couple, à la Jack Nicholson and Shelley Duvall in “The Shining,” get pulled apart and into the macabre by mysterious fingers from the past and beyond. 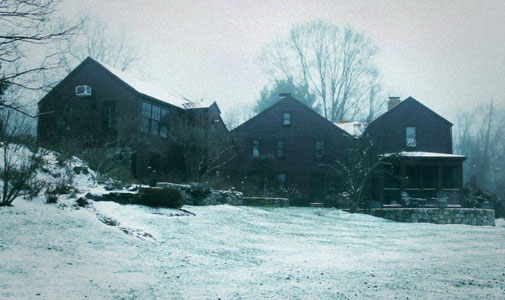 ‘The Inhabitants’ is set at the Noyes-Parris House in Wayland, is one of the oldest homesteads in New England.

The brothers started putting pen to paper as members of the long-standing Harvard Square Scriptwriters group. Their first endeavor, “Long Distance” (2005), a thriller about a woman who accidentally dials up a serial killer, was inspired by an eerie Victorian the brothers lived in across from the Porter Exchange building in Porter Square. The brothers got an agent and moved to Los Angeles, biding their time waiting for the big time by penning “Ward 19,” inspired in part by the disturbing Frederick Wiseman documentary “Titicut Follies” (1967), an eye-opening plumbing of a Bridgewater mental health institution for the criminally insane. John Carpenter (“Halloween,” “The Thing” and “They Live”) would eventually helm the film, more simply called “The Ward” – released in 2010 and starring Amber Heard and Meryl Streep’s daughter, Mamie Gummer.

The brothers got to spend time with their idol. “We spent three days going through the script page by page with John, and learned a lot from him. He’s written many of his own films, so he was a great collaborator and taught us how to write with the director in mind. It was a lot of fun for us because John likes to smoke, and so we couldn’t meet in a traditional office or restaurant because of the smoking bans,” the brothers wrote in an email. “Instead we had to meet at a poolside cabana at a swanky Beverly Hills hotel. It was like we were in old Hollywood.”

Writing with “the director in mind,” led to “Dark Feed” and “The Inhabitants,” with the brothers behind the lens as well as the story. As producers, they have become aware of how hard it is to make these independent ventures, especially on the East Coast. (They moved back.) The budget for “The Inhabitants,” the brothers said, was “less than a shoestring.”

Fans of lo-fi chillers such as Ti West’s “The Innkeepers” (2011) will likely find “The Inhabitants” their kind of gory, supernatural delight. It premieres Oct. 13 on video on demand, and the brothers are already polishing their next – Lovecraftian – script.