As a product of city schools, Elechi Kadete has plans for tenure on School Committee 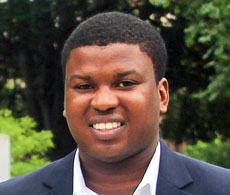 As a product of city schools, Elechi Kadete has plans for tenure on School Committee

Note: All candidates, their campaign and supporters are invited to submit essays and articles such as the below to explain why they are running for office. Each item will be posted in the order received to be best of the editor’s ability. All will be lightly edited for publication. Submitted images may be used if they are of sufficient resolution, size and quality. 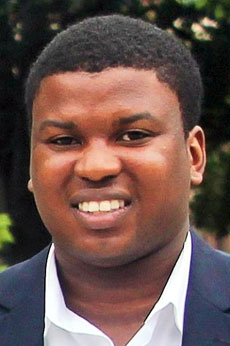 For my elementary education, I attended the then Joseph Maynard School (now Fletcher Maynard Academy) and the then Agassiz School (which became the Baldwin School). The Maynard was considered an underachieving school, while the Agassiz was a higher-achieving school. The students at the Maynard were mostly minority and lower income, while the students at the Agassiz were mostly white and came from higher-income families. Because of this, I got to see and experience the differences firsthand. I attended Cambridge Rindge and Latin high school, and even there the houses had major differences.

According to the state Department of Elementary and Secondary Education, Cambridge spends $27,474 per student, while the state average is $14,021. Obviously, resources and funds are not a problem. The problem is how they are allocated.

With all the money spent on Cambridge students, why aren’t Cambridge Public Schools producing the best in the state? Why don’t all students graduate from the high school? Why aren’t more students going to college? We have the resources, facilities, funds and faculty to do so. We must use them to the benefit of all students, not just a few. Minority students, those from lower-income families and students with special needs should not be left out or put on the bottom of the totem pole.

If all were offered the same playing field, the achievement gap would not be so large. I know that it’s hard for some parents to take an active part in their child’s education. After working two or three jobs they may be too tired to help their child with homework, attend a parent-teacher conference or even attend events at their child’s school. Maybe they can’t afford to take time off work to attend, because they don’t get paid if they don’t work. Meanwhile, a better-off parent is able to do all that, producing a better outcome for the student.

We have good teachers in the public schools, but what can be done to attract and retain the best? Does Cambridge offer the best continuing education opportunities for staff, so they can be the best teachers for our kids?

Cambridge Public Schools is expected to lose more than $11 million to charter schools in the 2016 fiscal year. We will continue to lose money to charter schools if we don’t improve our own, making them more attractive for all. Curricula should be aligned. All schools should support a world language K-8 immersion program. If all Cambridge public schools were of high quality and student got equal attention, parents probably wouldn’t find the need to send their kids to charter schools.

Cambridge is known for hosting world-renowned universities Harvard and the Massachusetts Institute of Technology. Since we should also have the best public schools in the state and the nation, what can be done to encourage Harvard and MIT to be more involved with their city’s public schools? We see these universities encroaching steadily on our neighborhoods, but what are they giving to the people who live there? What are these universities giving to the children who are the next generation?

If, I am elected to the School Committee, I will work diligently to ensure that our schools are the best for all. Thank you for reading. I respectfully ask for your No. 1 vote Nov. 3.