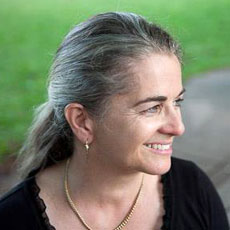 Minka vanBeuzekom won her first term on the City Council two years ago and before that worked as managing director at the Hereditary Disease Foundation, vice president of the NemaPharm startup and as an epidemiologist at the state Department of Public Health and researcher at the MIT Cancer Center and Harvard/McLean Hospital – natural roles for a graduate in molecular biology from Wellesley College and recipient of a master’s in public health from Boston University.

She was active in the community before winning election, including serving as a Cambridge Rodent Task Force member, Cambridge Community Garden coordinator, Home Energy Efficiency Team member and as co-leader of the Area IV Neighborhood Coalition and a board member of  Green Decade Cambridge.

While serving on the council, she was also been a member of the Massachusetts Municipal Association’s policy committee; the state Department of Transportation’s Ethanol Advisory Group, the Mystic River Watershed Association and as a member of the Cambridge Democratic City Committee and vice chairwoman of the Ward 3 Democratic Committee.

Education and families. Beyond providing our school-age students with a challenging 21st century curriculum and excellent staff, busy Cambridge families want our students to be productively engaged in out-of-school time experiences such as sports, art, theater, music and dance so the whole child and all his intelligences are developed.

Energy and the environment. During my first term in office and as chairwoman of the Environment Committee I improved the way the Cambridge uses energy, protects the natural environment and preserves open space. Even before I was elected to the Council, I helped organize a citywide staff and citizen Climate Emergency action group to look at how the city meets its emission reduction goals.

Housing and development. I understand what it takes to improve incrementally upon the city’s role in supporting positive development and housing that works for a vast variety of individuals, and I will work with stakeholders, city staff and other councillors to accelerate the creation of affordable, not just market-rate, units.

After rocky years on a dysfunctional council two terms ago, often seeming off balance and uncertain, vanBeuzekom seems reinvigorated and more focused as a candidate.

She sees a solution for the city’s affordable housing crisis in more direct application of building permit money – having the city be developer by putting all $20 million or so that comes in annually directly into land and construction, rather than banking it and budgeting about $3 million for those purposes, according to her testimony on the campaign trail. Waiting for an economic downturn to buy land won’t work and is unnecessary, because “we do have money,” she says. “I would like that money to be used.”

She’s also interested in direct election of a mayor by the voters, rather than by the City Council, but with four-year terms; a stronger council in general that would exert more power and oversight of the city manager; and in having a ombudsperson who would represent citizen interest before the city.