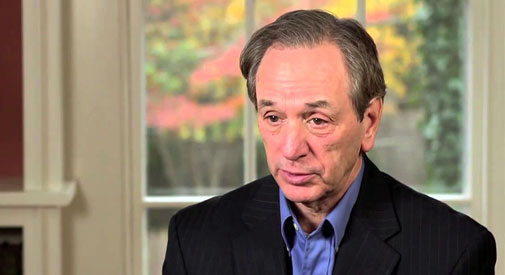 From Ned Holstein of the National Parents Organization, Sept. 22, 2015: A bill before the Massachusetts Legislature urges state courts to act in the best interest of children by ordering shared parenting for children in most cases after parents separate or divorce. The legislation proposes a significant change, because, contrary to popular belief, most divorces currently result in sole physical custody to one parent. State Sen. Patricia Jehlen, a Somerville Democrat in the 2nd Middlesex District that includes wards 9, 10 and 11 in Cambridge as well as Somerville, Medford and part of Winchester – serves on the Judiciary Committee and will be voting on the bill.

That shared parenting is usually in the best interest of children is common sense. After all, 86 percent of Massachusetts voters agreed in a 2004 non-binding ballot question that shared parenting should be the usual outcome if both parents are fit and there has been no domestic abuse. Yet as Massachusetts and about 20 other states consider legislation that would provide children more equal time with both parents after divorce, this simple reform still sparks debate.

Opponents of the bill, which is called the Massachusetts Child-Centered Family Law, argue that legislators should vote down this bill and instead focus on the “best interest of the child” – a legal phrase used frequently in family court proceedings. These opponents support the child custody status quo – in which one parent is awarded primary custody while the other is deemed little more than a visitor – and suggest that shared parenting focuses too much on what’s best for mom and dad instead of what’s most beneficial for the children.

For instance, after reviewing decades of research studies on post-divorce custody, prominent psychologist Dr. Richard Warshak wrote a paper, “Social Science and Parenting Plans for Young Children: A Consensus Report.” The American Psychological Association published the paper, and the conclusions were endorsed by 110 child development experts. The conclusion: “Shared parenting should be the norm for parenting plans for children of all ages, including very young children.”

The evidence has continued to grow. As one example, this spring the Journal of Epidemiology & Community Health published a 150,000-child study that concluded shared parenting after divorce or separation is in the best interest of children’s health because children sleep better and are less stressed overall.

Other benefits of shared parenting are that it decreases the long-lasting hostility that grows out of bitter custody battles. Also, it increases voluntary child support payments.

The status quo may have devastating consequences for children. Federal statistics show that children raised by single parents are significantly more likely to drop out of high school, wind up in prison, abuse alcohol and drugs, develop psychological problems and commit suicide.

For many of these outcomes, single parenting is a stronger risk factor than race or poverty. This occurs despite the hard work and often-heroic efforts of single parents. Clearly, children desperately need not one, but both parents in their lives.

The proposed law maintains judicial discretion in child custody cases, upholds laws that protect families from domestic violence and favors parents who seek to cooperate with the other parent as well as parents who support the child’s relationship with the other parent. Also, it extends additional powers to family courts to punish parents who ignore its parenting time orders, and harsh legal language such as “custody” would be replaced with family-friendly wording such as “parental responsibility.”

The proposal was written by 18 people appointed by former Gov. Deval Patrick to the Massachusetts Working Group on Child-Centered Family Law. About 50 state legislators serve as bipartisan sponsors and co-sponsors of the proposal.

The public’s support for the proposal was overwhelming at the Judiciary Committee’s hearing last summer. Dozens of parents detailed the negative impact the state’s current child custody law has had on their families and pleaded with the committee to back the proposal. I encourage all local residents to contact Jehlen and urge her to move the proposal forward. The Legislature has an opportunity to improve the lives of children radically by passing the bill, and I hope all lawmakers will back this historic legislation.

Ned Holstein is founder and chairman of the board of the Boston-based National Parents Organization. He was appointed by former Gov. Deval Patrick to the Massachusetts Working Group on Child Centered Family Law and was previously appointed by a Massachusetts Chief Justice to a task force charged with reviewing and revising the state’s child support guidelines. A graduate of Harvard College, Holstein also earned a master’s degree in psychology from the Massachusetts Institute of Technology. His medical degree is from Mount Sinai School of Medicine, where he serves on the faculty.