‘The Wonders’: Family in the wilderness faces reality (in the form of reality TV) 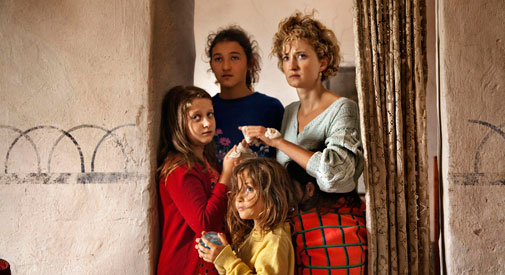 ‘The Wonders’: Family in the wilderness faces reality (in the form of reality TV)

Set in the scenic Tuscan countryside, “The Wonders” shows a family of beekeepers toil away as business slowly withers. Their lives are shaken up by two events, including when they take in a nearly mute, troubled teenage boy as a farmhand and when they’re chosen to be part of a reality show focusing on local workers. Director and writer Alice Rohrwacher focuses on doting but stubborn father Wolfgang (Sam Louwyck) and 12-year-old daughter Gelsomina (Maria Alexandra Lungu) finding themselves in disagreement as Gelsomina comes into her own. 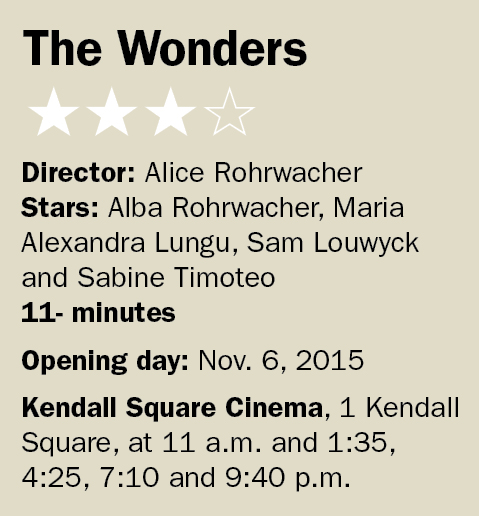 Gelsomina is the unofficial head of the family – the figure three younger sisters rely on and take cues from, and the daughter Wolfgang essentially runs his business with, putting far too much pressure and responsibility on the shoulders of a 12-year-old. Living in near isolation, the family is focused solely on the earth and what it provides, working day in and day out for their beekeeping, so accustomed to the work and what it means to them that they don’t think of other options. Gelsomina has begun to see the dated lifestyle they lead for its increasingly short shelf-life, and is looking to find ways for the family to earn money, which includes her signing them up for the reality show against her father’s wishes. It’s unsurprising when visitors look to her for explanations.

Reminding me of the also wise-beyond-her-years leading lady of Niki Caro’s 2002 “Whale Rider,” Lungu’s breakthrough performance is riveting. She’s a compelling lead with the same strength, and it’s easy to forget just how young she is when we see how capably she handles her own burgeoning concerns, as well as curiosity for Martin, her new teenage boy houseguest, and her father’s temperament. Far from infallible, she has her moments of overwhelming panic, especially in the film’s third act, but Lungu gives the character a hardened exterior.

Rohrwacher does a wonderful job showcasing just how far from civilization the characters are, with wide shots of an ocean as the daughters play in the waves, or shots of their expansive, empty house that looks more like a relic from another time with its looming windows and stone walls. These shots of graceful, natural elements are peppered with moments of surprise surrealism in which Rohrwacher uses stark imagery to give their home an otherworldly feel.We see this in scenes such as a camel being brought to their land, walking in circles as little girls shriek in delight, or when, in an effort to win the reality competition, Gelsomina and Martin perform for fellow contestants and judges and let bees crawl on Gelsomina’s face. The imagery switches easily between haunting, gritty and fantastical.

The film gets instantly more intriguing once there’s a strong sense of conflict between father and daughter, after meandering for the first half. It’s a fine film, with a wonderful lead, but the film would have done better if it had managed to hook us in the opening minutes, rather than 40 minutes in.

The talent is present, though, and the imagers are beautiful, and Rohrwacher has skillfully painted a portrait of a way of life that’s slowly disappearing into the vast countrysides.