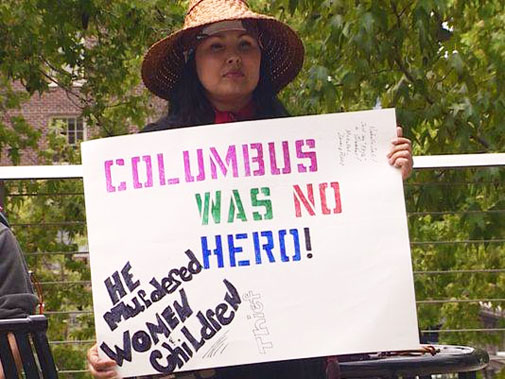 In the rush to the holiday season and recognition a new City Council would be seated within weeks, the city’s legislative year ended with a slew of issues moved to the meeting coming Monday, including questions of consumer protection, a Sister City relationship with Reykjavik, Iceland, power needs for big construction projects such as the Porter Square Hotel and strengthening community representation at meetings of the council’s Ordinance Committee.

All were bumped Dec. 21 by a single business meeting through use of councillors’ “charter right” by then mayor David Maher. Changes to laws on where shared vehicles such as Zipcars can go were delayed indeterminately, councillor Leland Cheung said, because the city didn’t “have enough advertising slots” in local print media to give public notice of discussion. “It seems a bit weird, but it is where we are,” Cheung said.

Least likely to return Monday, though, is the issue that drew the most public comment, and by far the most passion, at the final meeting of the year: replacing Columbus Day with an Indigenous Peoples Day. The proposed change would include “appropriate exercises in the schools and otherwise, to the end that the culture, history and diversity of Native American Peoples be celebrated and perpetuated” in place of marking the “systematic policies of slavery and extermination of native populations” that followed Christopher Columbus’ explorations of 1492.

The issue is more likely to return for a vote Jan. 25, allowing for more input from “just a whole bunch of people who’ve reached out,” said councillor Nadeem Mazen, who wrote the original order about Indigenous Peoples Day with former councillor and vice mayor Dennis Benzan.

Mazen said that in addition to hearing from people preferring the extremes – keeping Columbus Day where it is on the second Monday of October or replacing it entirely with Indigenous Peoples Day – there are some, including Italian-Americans, who would keep a day for that purpose but move it closer to Thanksgiving.

Prominent among those offering input on the eventual order addressing the holiday, Mazen said, are vice mayor Marc McGovern and lawyer Anthony Galluccio, a former councillor and mayor who offered extensive comments Dec. 21 in defense of Columbus Day as a way of honoring the Italian-American immigrant experience.

Galluccio was the only public speaker highlighting the interests of Italian-Americans and other immigrants alongside more than a dozen speakers urging an end to Columbus Day.

“This country glorifies a butcher”

Mahtowin Munro, co-leader of United American Indians of New England and a former Cambridge resident, called the switch “a matter of dignity and basic human rights” that was long overdue, especially considering the long list of other communities that had already made a switch from celebrating Columbus Day.

“We live in a nation that celebrates Columbus, a man personally responsible for the slaughter and enslavement of many thousands of indigenous people. We literally weep when we think of the genocidal cataclysm that began with Columbus and his men,” Munro told councillors. “I want you to consider the harm it does to us and especially to our children that indigenous nations and history are so completely disrespected by the celebration of our genocide.”

“Teachers, religious and community leaders and many other people in Cambridge have been educating about this since at least 1992. We native people have been educating people about this for many decades. The truth about Columbus has been here in plain view for a long time,” she said. “Unfortunately, no amount of education will change the minds of the handful of people who want to cling to the myth of Columbus as hero.”

Moomanum James, another group co-leader, said he had long wondered “why this country glorifies a butcher like Columbus” and reminded that “this building, this city and this country are all on stolen indigenous land.”

Galluccio said he supported having a day to recognize indigenous peoples and was “not here to debate Christopher Columbus … I have no reason to challenge things that have been said about Christopher Columbus.” But he noted that Italian-Americans arriving by boat to America in the early 1900s, including his father, were called animals; smeared as gangsters and scapegoated for crimes, with executed anarchists Sacco and Vanzetti cited as examples; and later held in internment camps during World War II. “These things are important to Italian-Americans, but they’re also important to immigrants that are now coming to the country that face similar prejudice and persecution,” Galluccio said. “When I look at Somalians and Ethiopians and Haitian immigrants in the city today, I’d like them to know that Italians, and Irish and Portuguese immigrants faced similar prejudice and persecution and that we stand together as immigrants.”

He asked that “Italian-Americans not be pitted against indigenous peoples,” and hopes indigenous peoples would “respect that Italian-Americans deserve a day … It’s a very sensitive topic for those of us who share Italian heritage in this country, and I would ask that we take a pause and separate the concerns about Christopher Columbus with the continued support for a day that recognizes the contributions and struggles of Italian-Americans, because it’s important for us to stand together on both topics.”

After the public comment and Benzan’s spoken wishes that schoolchildren be brought into the conversation, the issue was set aside for discussion in the new year. “For reasons outside our control, we don’t have the time to get into it today,” Mazen said.

“In fairness to everyone who spoke on behalf of this, we see something coming together, I think, something positive,” Mazen said in December.