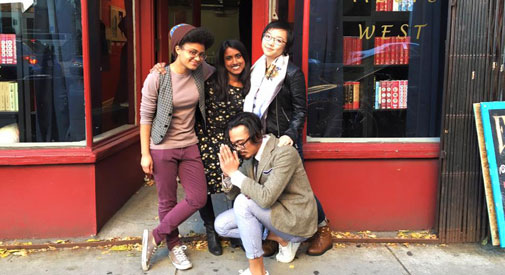 Up to $80,000, especially for innovative boosts to public space
By Marc Levy 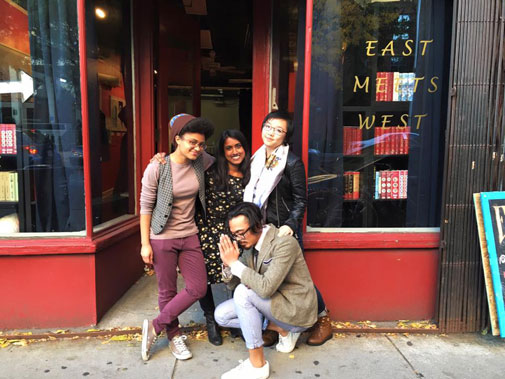 The second year of the Forward Fund microgrant program disbursing up to $80,000 for civic improvement projects was announced Monday by the Cambridge Redevelopment Authority.

Community Art Center got money for a “Port Stories” mosaic mural; the Margaret Fuller Neighborhood House for revitalization and care of the 200-year-old facility, a national historic landmark; an Area IV neighborhood group to put up six Little Free Libraries; and EMW Bookstore for physical improvements and a community library. Green Cambridge won money for a circular public bench where the shade umbrella overhead opens wider if more people sit underneath; Friends of the Grand Junction Path and others for a plan to close three gaps on the path; and Just-A-Start to transform space at Churchill Court into a possible small community library, garden, produce market or art gallery.

The fund is intended to reinvest development funds generated from developers in the agency’s Kendall Square Urban Renewal Area to pay for pilot projects by nonprofit organizations, community groups and small businesses across the city. “The fund supports innovative civic improvement projects and creative physical interventions that better Cambridge’s built environment for the benefit of all the city’s residents, workers and visitors,” according to the press release.

The fund is open to neighborhood groups, human services organizations, independent restaurants, retailers, inventors, artists, entrepreneurs, civic organizations and more, agency officials said, so long as they use resources generated in Cambridge and city talent and organizational capacity to ultimately benefit the city in new and imaginative ways. In addition,

“While we are not specifying a theme or topic for the projects, the following are some suggested themes to prompt creative ideas and conversation. Think about how the following concepts relate to the physical urban landscape and/or tackle an existing problem or need in the urban landscape: Invention, reflection, exploration, history, discovery, fun, mystery, welcome, commentary, delight, legibility, explanation, grace, industrial design.”

The kinds of grants available, adapted from the fund’s website:

Planning & Design grants (maximum value of $5,000, paid at the time of award): For innovative civic improvement projects or creative physical interventions in the public realm. Funds are only for the development of ideas for a specific physical improvement project; awardees may apply for capital grants to implement the project in the next year.

Innovation/Experimentation Capital grants (maximum value of $10,000, half at the time of award and the rest at completion of the project): For civic improvement projects and creative physical interventions that encourage, enable or execute a physical innovation, “avant-garde” place-making or tactical urbanism in public and civic space. These grants require an organizational match and are primarily for specific physical improvements; up to 5 percent may be used for associated programming.

Infrastructure Capital grants (maximum value of $10,000): For physical improvement projects serving a civic or neighborhood need, regardless of innovation, including neighborhood projects in a public right of way or an infrastructure project for a nonprofit or Cambridge-based independent small business with a civic mission that touches a significant amount of the population. Projects involving private property will need to show the “publicness” or civic value of the investment. If the proposal is for the grant to be part of a much larger project, it will need to demonstrate that CRA investment fills a substantial and critically necessary gap in the viability of that project and how that money will be used. These grants require an organizational match and are primarily for specific physical improvements; up to 5 percent may be for associated programming.