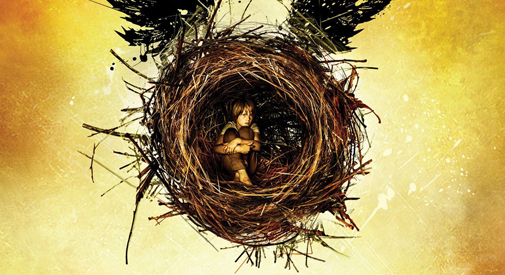 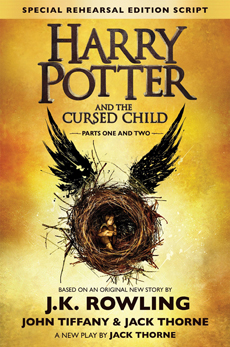 The release of “Harry Potter and the Cursed Child, Parts I & II,” the play script that catches up with J.K. Rowling’s boy wizard 19 years later – now he’s a dad wizard – will turn Harvard Square back into Hogwarts Square on July 30, including special deals and events leading up to a midnight book release.

The night starts at 8:15 p.m. on Palmer Street with a show by magician Bob Riordan, performer and host at the weekly “Mystery Lounge” show at Harvard Square’s Comedy Studio above the Hong Kong restaurant. At 9 p.m., the street becomes an open-air cinema for a screening of “Harry Potter and the Sorcerer’s Stone,” the 2001 movie of Rowling’s first novel. The night’s sponsors, the Harvard Square Business Association, Harvard Coop and Cambridge Arts Council, are springing for the popcorn. (Bring blankets, or use the chairs they provide.)

At midnight, the square’s bookstores will start selling copies of “Cursed Child,” the rehearsal script to a play getting its world premiere in London’s West End the same night.

The last time Cambridge contained Hogwarts Square was 2007, when the seventh book in the series came out and the bands Harry & the Potters, Draco & the Malfoys and the Hungarian Horntails performed for thousands in Harvard Yard.

“Cursed Child” isn’t drawing quite that level of excitement. The biggest deal for the July 30 release is being made at the Harvard Book Store, 1256 Massachusetts Ave., where a midnight release party (RSVP here, pre-order a book for 20 percent off and be among the first in line – maybe even the person selected randomly to be the very first in line for a midnight book pickup) will serve Harry Potter-themed refreshments, hold a sorting event and pose Potter trivia question. People are invited to come in costume. Twitter users can tweet to @HarvardBooks using the hashtag #HPatHBS with a 140-character essay about why they love Harry Potter and be entered in a drawing to win a free copy of the illustrated edition of “Harry Potter and the Sorcerer’s Stone.”

At The Harvard Coop, 1400 Massachusetts Ave., copies of the book will be sold at 30 percent off, with no pre-orders or reservations required, and Coop members get an additional 10 percent discount.

Even Schoenhof’s Foreign Books, 76 Mount Auburn St., is getting in on the action, selling all Harry Potter books in any language for half-off on July 30 and giving out $5 vouchers for a customer to use on a future purchase.

In addition, some Harvard Square stores are joining in the activities by adding Harry Potter-themed drinks to their menus (including Grendel’s Den, Grafton Street Pub & Grill and Starbucks, which will redecorate its Harvard shops for day and sell a “butterbeer frappuccino”) and highlighting late hours to serve “Cursed Child” shoppers (Lizzy’s Ice Cream, open until midnight; Border Café, open until 2 a.m.; and El Jefe’s Taqueria, open until 4 a.m.) or their Potter-themed products (Cabot’s Candy has Harry Potter Chocolate Frogs and Harry Potter Bertie Botts Jelly Beans).