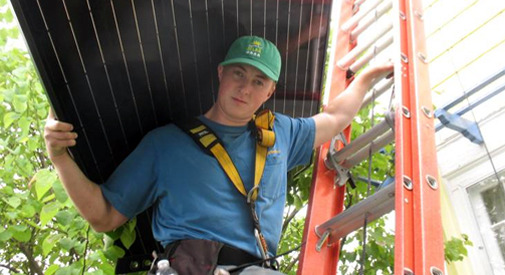 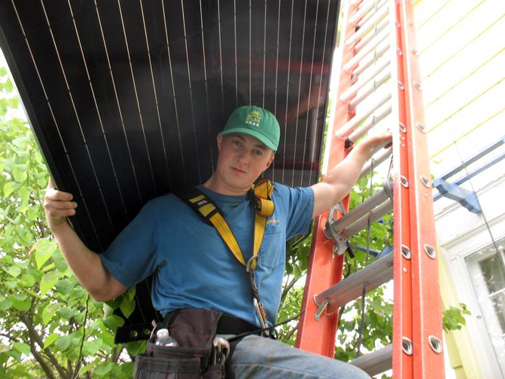 From Brian Johnson, of Green Cambridge, July 28, 2016: Installing solar panels onto the roofs of homes is popular in Massachusetts, because the systems come with exceptional benefits to owners. The state also hopes to see more panels go up.

With an expensive upfront cost to outright buy a system, though, a free solar installation can sound attractive. Many companies have deals in which they install the panels for nothing, then lease them back to the homeowner.

That means the installer owns the rights to the panels and gets the federal and state tax credits (amounting to a 30 percent rebate), the money saved and the money earned through the system.

For instance, there’s a Solar Renewable Energy Certificate program operated by the state in which owners of the panels get a certificate for every 1,000 kilowatt hours of energy produced. Currently, the certificates can be sold for upward of $200 each, yielding around $1,000 per year for an average residential system. With a leased solar PV system, the company will offer homeowners a discounted energy rate compared with what they pay now. Sure, this can save a few hundred dollars a year, but by leasing instead of owning homeowners give up thousands in federal tax credits, avoided electricity costs and certificate revenue.

Over a 30-year span, it is estimated that an owner would save approximately $35,000 in electricity bills, depending on the area’s average monthly bill. The owner can generate $16,000 in certificate revenue during the first 10 years of operation, based on a low estimate for current market conditions, and earn roughly a 21 percent to 24 percent rate of return on the initial investment. Based on these numbers, the system would pay for itself in about five years.

A free solar installation is still a positive step for our communities, but why give up the benefits of owning your own system to a company when you can own it yourself?

A free solar installation isn’t truly free, and a high startup cost for owning a PV system – for which there are very attractive financing options – is really just an investment in a homeowner’s energy future.