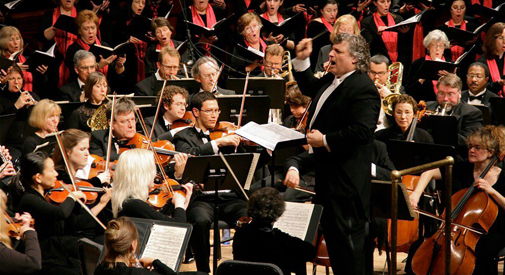 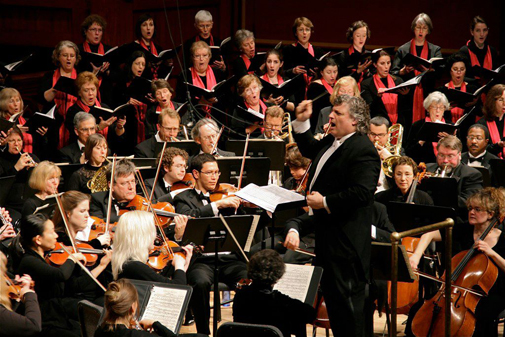 The upcoming 77th season of Cambridge-based Masterworks Chorale includes large-scale choral works by Handel, Vaughan Williams and Morten Lauridsen led by three guest conductors – one of whom will go on to be the Chorale’s next music director, succeeding Steven Karidoyanes after a decade of leadership. His tenure ended last season.

“This is an exciting time for us,” said Jeff Walker, the nonprofit chorale’s board president and chairman of the conductor search committee. “Although we will miss Steven Karidoyanes’ outstanding leadership, we are energized by the programs our three conductor candidates have proposed for our 77th season. Each conductor has tremendous experiences and strengths to lead Masterworks into its next chapter, and we are so looking forward to making music with them.”

Lipsitt is the founding music director of the Bach, Beethoven, & Brahms Society; artistic director of Voices Boston, formerly the PALS Children’s Chorus; conductor of The Apollo Club, Boston’s oldest men’s chorus; and director of A Besere Velt, Boston’s Yiddish Community Chorus. He was music director of the Boston Classical Orchestra since 1999 and has served as director of choruses at Boston University, Haverford and Bryn Mawr Colleges; conductor of the Yale Russian Chorus and Yale Freshman Glee Club; and director of the Springfield Symphony Chorus. He has guest conducted at the Boston Lyric Opera, Emmanuel Music, the Phoenix Bach Choir and the New Haven Chorale. Lipsitt holds the only double-major master’s degree in choral and orchestral conducting at the Yale School of Music.

O’Connell is the director and founder of the Sarteano Chamber Choral Conducting Workshop in Tuscany, Italy. At the University of Massachusetts at Lowell he directs the Chamber Singers and University Choir and teaches vocal pedagogy and conducting. Since 2004, he has taught graduate choral methods at The Boston Conservatory. He has also served as chairman of the voice department at Berklee College, director of choral activities at Tufts University and as adjunct faculty at Boston University, the New England Conservatory and Northeastern University. O’Connell is on the panel of adjudicators for The American Prize competition and is a frequent clinician and guest conductor throughout the region.