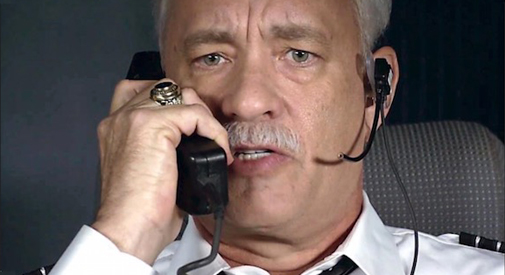 In his career as a filmmaker, Clint Eastwood has done it all – taken on the war epic (“Flags of Our Fathers” and “Letters from Iwo Jima”), rebranded his Western roots (“Unforgiven” and “Pale Rider”), roiled in the tough cop genre (“Sudden Impact” and “The Gauntlet”) and even dipped his toe in chick-flick territory (“The Bridges of Madison County”). For the 86-year-old, who thankfully did not speak to an empty chair at the GOP convention in Cleveland this summer, not all of these amazingly broad endeavors have panned out (“J. Edgar” and “The Changeling,” to name two), but at such a late stage it’s remarkable how measurably Eastwood has grown in his craft, illustrating a greater appreciation for time, space and setting, and most affectingly so when the sense of character is deeply felt and intimate. 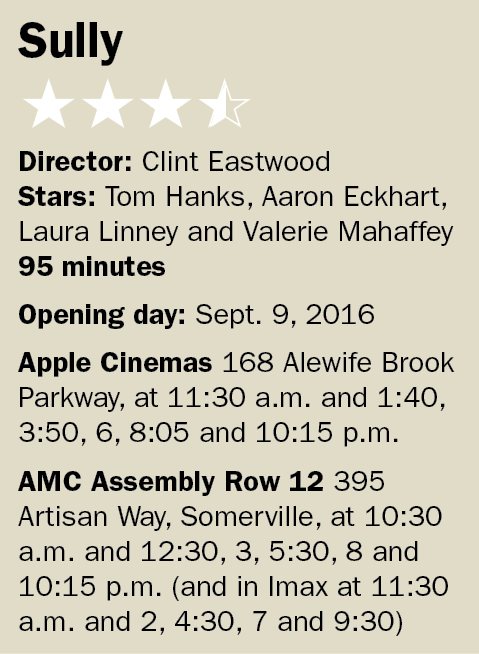 “Million Dollar Baby” and “Invictus” were two such inwardly wound gems, and Eastwood’s latest, “Sully,” marks another fully palpable portrait of human determination that’s more interested in the human condition and compassion than heroics. Don’t get me wrong – there’s plenty of heroics in “Sully.” After all, the film is branded after the man who executed the “Miracle on the Hudson”; if you were asleep in 2009 in the wake of the economic meltdown, when good news was hard to come by, that was when Sully (aka Chesley Sullenberger) gave the nation something to cheer about, putting down a badly damaged jet on the Hudson River, saving the 155 lives aboard and avoiding incalculable collateral damage should a return to LaGuardia fail.

Shot impressively in IMAX to emboss Sully’s sleeping and waking nightmare of replaying the scene of the landing with different and more fatal results, the film – smartly adapted by Todd Komarnicki from Sullenberger’s “Highest Duty” – focuses on the National Transportation Safety Board investigation in the aftermath and its questions about Sully’s choice. “Given your flight parameters, our computer simulations say you could have made it back,” becomes nearly a refrain as Sully (Tom Hanks) and co-pilot Jeff Skiles (Aaron Eckhart) get grilled by a not-so-friendly panel (local funny guy Mike O’Malley is quite good as one of the investigative pricks). During all this, Sully and Skiles are sequestered in a hotel, separated from their families, even as the media hail them as heroes. It’s more “12 Angry Men” than “Airport.”

And while Eastwood and Komarnicki are right to home in on the human struggle – not only Sully’s and Skiles’, but the air traffic controller who believes he’s lost the plane – it’s another masterful performance by Hanks that pilots it home. His natural, Jimmy Stewart-style everyman lays the base, but there’s clearly a lot of preparation and soul-plumbing Hanks went through to get the tempo of the persona just right to make it through the ordeal’s twists, having him as goat or air god at any point along the way.

The film follows a pattern similar to “Flight,” the 2012 film by Robert Zemeckis that starred Denzel Washington, though there the pilot was a flawed substance abuser and the crash a mega-FX extravaganza, replayed and trumped up for effect; absent were the outward rippling effects of the internal struggle. (A lost opportunity? It was Zemeckis who educed two of Hank’s finest performances in “Forrest Gump” and “Cast Away.”) With Eastwood’s approach, Hanks should see another wave of award seasons nods as over all, in a light year for solid cinema, the film soars.

What Eastwood, Hanks and crew have done, in an astonishingly compact 90 minutes, is tap into the soul of an regular joe doing his job, shot up into the universe for 15 minutes he didn’t seek out and the maintenance of dignity and grace under fire – something so rare today that it moves from beginning to end as a tightly piloted flight that proves fact trumps fiction in matters of the soul and the sky.