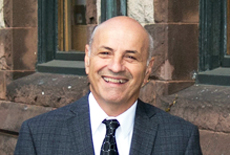 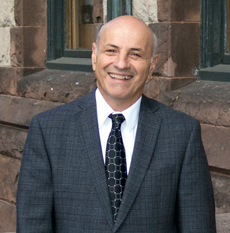 Louis A. DePasquale at City Hall, where he’s been employed since 1975. (Photo: John Hawkinson)

Just as Louis A. DePasquale wrapped up his time at Tuesday’s forum for city manager candidates came a suggestion of how much hometown advantage he enjoyed, and how much his two competitors for the job had to overcome.

“Anything I’ve done, I’ve done with one goal: To be the best. I got an opportunity to be budget director and I wanted to be the best budget director of all time. I got the chance to be finance director and I wanted to be the best finance director,” said DePasquale, assistant city manager for fiscal affairs in Cambridge since 2002, and thus deliverer of 17 straight years of top credit ratings, low tax increases, surpluses of so-called “free cash” and spending on capital projects that has made the city the envy of every other community in Massachusetts.

His competition for city manager as Richard C. Rossi retires after a three-year contract were not in the high school’s Fitzgerald Auditorium to hear the statement, see how the 100-person audience absorbed it or hear the appreciative laughter as DePasquale followed it up.

“Well, that’s like replacing Bill Belichick – it’s not going to be easy,” he said, referring to the accomplished head coach of the New England Patriots football team. “But I can tell you one thing. My goal, when my term is over, whenever it is, is to have people say, ‘He’s the best city manager this city had.’ I can promise you that, and I can tell you, my commitment to this city is second to none, I eat, sleep and drink this city, I love this city. I know this city. I understand the players of this city. And I will bring this city even closer together than we already are.”

No, it was the 16 seconds of loud applause and cheering that followed DePasquale’s closing statement that the competition – Robert “Jay” Ash Jr., 53, secretary of the Executive Office of Housing and Economic Development for the state; and Paul J. Fetherston, 50, currently assistant city manager in Asheville, N.C. – probably heard while waiting to come back into the auditorium to meet and take questions directly from audience members. They might have compared it with their own applause, which lasted a somewhat more muted 11 or 12 seconds. 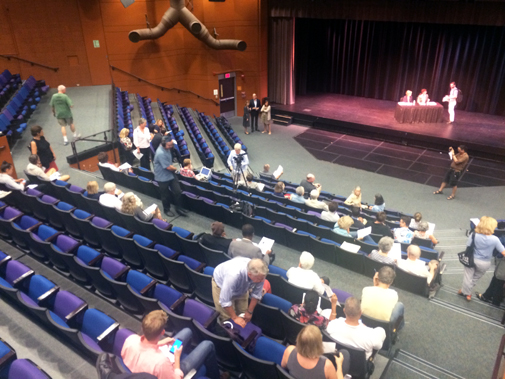 People take their seats Tuesday at the Cambridge Rindge and Latin School’s Fitzgerald Auditorium before a forum for three candidates for city manager. (Photo: Marc Levy)

The candidates return at 5:30 tonight to be interviewed by the City Council. The three-hour meeting, with public comment coming at the end, is in Sullivan Chamber at City Hall, 795 Massachusetts Ave., Central Square, a room with which DePasquale is comfortable from countless conversations with councillors, something he noted Tuesday: “Since I’ve been budget director, I’ve worked with 35 different city councillors. I would say that if you ask any of those 35  ‘How was it working with Louis DePasquale?’ they would say ‘He listens, he tries to get the job done, he understands the role of the City Council and the city manager and his team, and we get things done.’”

“I’ve been lucky that the city manager has always let me deal directly with the City Council,” he said. “They weren’t my bosses, but I had that flexibility. I always felt we were on the same page … This is just going to be that now they are my bosses.” 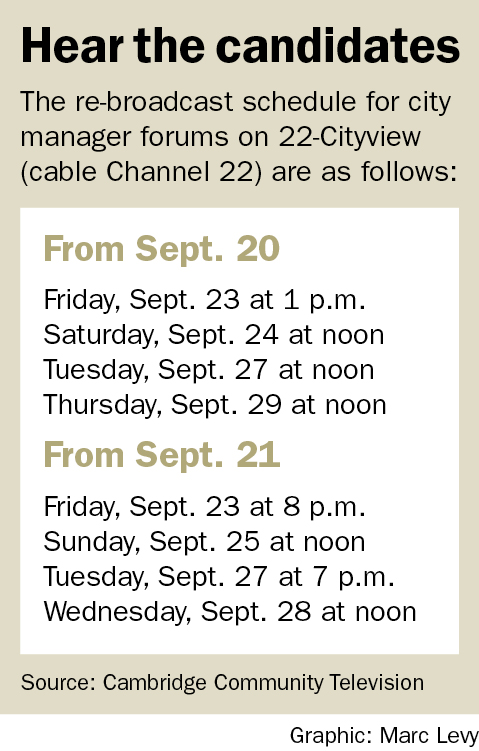 But the hometown advantage for DePasquale, 62 – a Cambridge native who rose in the ranks at City Hall over 41 years – extended also to intimate knowledge of its finances. He rattled off a nearly dizzying array of million-dollar figures and facts over the course of his 45-minute presentation (and said, pointedly, “I’m very proud of what we’ve accomplished”) in which he, like Ash and Fetherston, spoke to introduce himself and sketch out his vision for the city, then answered 11 questions culled or combined from more than 50 submitted by residents to the city’s search consultants, GovHR USA. (Ash had time to answer only 10.)

DePasquale’s time on stage was lively, loud and folksy, and began with a not-entirely earned compliment to a crowd of about 100 sparsely populating an auditorium his work helped build: “This represents what Cambridge is all about – on a weeknight, to have an audience like this to discuss this position really makes it special. I’m just proud at this point to be part of this process, and I want to thank everyone for coming.”

In contrast, Ash and Fetherston – who appeared in that order before DePasquale, as decided randomly – were more obviously trying out for a job. 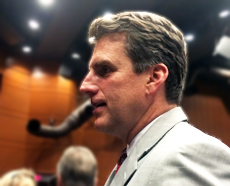 Ash was the more polished of the two, talking with the well-modulated assurance of a tall man (which he is) at ease with himself and the trappings of power, albeit with comforting traces of a townie dialect. He has traveled the state for two years with the authority of Gov. Charlie Baker’s administration behind him and, before that, served 14 years as city manager of his hometown, Chelsea, and as an aide to a powerful state representative on Beacon Hill. While pointing to the need for nimbleness and creativity in places less well-off than Cambridge, he demonstrated he was up to the task of delivering to those places the virtues of Cambridge: With the first question being about urban forestry, Ash could show that even in a “community that was impoverished, where balancing budgets was first and foremost” as it emerged from receivership and still had to scrounge for “coins in the couch,” he oversaw the creation of 10 parks in 1.8 square miles – second only to Worcester for adding green space in the period. He created a “Dinner and a Show” program to get residents to eat at Chelsea restaurants and enjoy its cultural institutions although “Chelsea does not have the restaurant scene Cambridge did.”

And he enjoyed a laugh line in discussing transit and the Hubway bike rental program: “We had a different bike-sharing program in Chelsea, which was that you never had to return the bike, but you took it.” 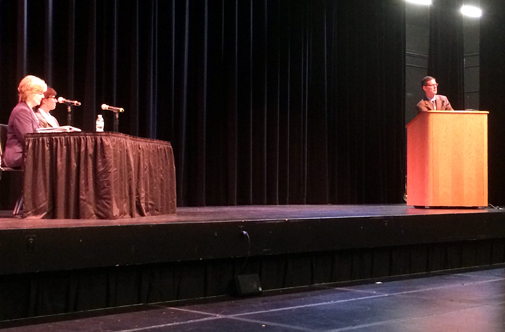 Fetherston seemed more nervous about his job interview, although his hesitation led to equally fine answers from his experience not just as assistant city manager in Asheville, but before that as deputy city manager in Boulder and in a variety of municipal management positions in Connecticut. When asked the second question each candidate faced, about he handled a “contentious issue,” his answer came an uncomfortable 30-some seconds later as he looked at the lectern and stalled by saying, “Sure” and “good question, because there so many.” But his final answer was powerful, involving an officer-involved shooting where he helped get dialogues going in formal and less-formal settings to ratchet down race- and class-based tension with police.

While Ash played up political pragmatism, saying he was proud to be the first Democrat in a Republican-dominated administration focused on “the right way of doing things,” Fetherston was the candidate who made a repeated point of progressivism, saying that in Boulder he “fell in love with the progressive nature of [city government] and the progressive nature of the community” and vowed to keep working in inclusive communities with an eye “on the future.”

Six years ago, when his boss asked what his dream job would be, Fetherston said, “and I said Cambridge.”

That means not only that Fetherston has been crafting his portfolio of public service to mirror what he would encounter in Cambridge, but that he would have been a candidate three years ago when longtime city manager Robert W. Healy retired – had there been a process that brought in candidates for the role.

What happened, though, was an internal hire as Rossi was promoted to city manager from his deputy role, with a parade of citizens extolling his work over the past decades and some even taking offense at others who dared to criticize the lack of process that led to the anointment.

Now, though, the council’s vote among the three candidates Sept. 29 could essentially be a do-over of Rossi’s promotion, though with search leader councillor David Maher and others being able to point to DePasquale’s promotion being the result of a months-long process in which the competition said all the right things on the environment and sustainability, diversity, inclusion, transit, income disparity, affordable housing and economic growth – yet it will likely not matter.

“I’m really looking forward to working with the City Council,” DePasquale said Monday, “and make this city even better than it is already. I’m gonna tell you, that isn’t going to be easy. Because this is the greatest city to live and work in.”