‘The Edge of Seventeen’: Not yet an adult, but her genre shows phenomenal maturity 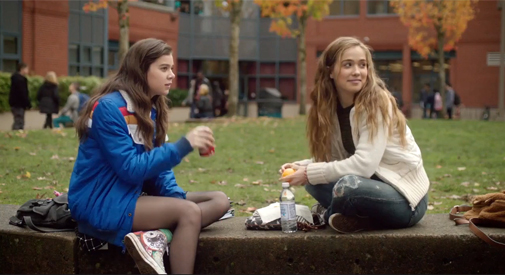 ‘The Edge of Seventeen’: Not yet an adult, but her genre shows phenomenal maturity

As someone with firsthand experience: Being a teenage girl is hard. Filmmakers have tried to capture this truth with varying success, but few have achieved the authenticity of filmmaker Kelly Fremon Craig’s latest, “The Edge of Seventeen.” It’s an honest depiction of the complexities of being a teenage girl and the joy, angst and anger that come with it, but perhaps Craig’s greatest achievement is the empathetic glow in which she casts each character, a reminder that people can be cruel in one moment and warm and generous the next. They’re flawed because they’re human. 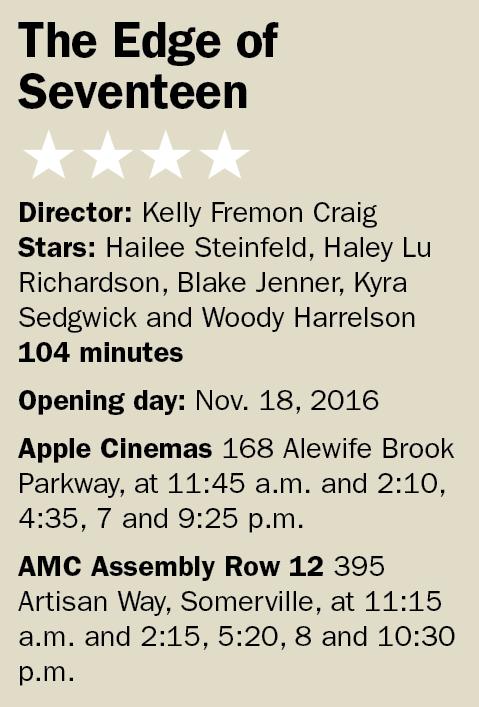 Hailee Steinfeld stars as Nadine, who suffers from perpetual awkwardness and foot-in-mouth syndrome. At 17, Nadine’s dealt with bullying, her father’s death and her own perpetual concern over happiness, but she’s at least always had her best friend Krista (Haley Lu Richardson) by her side. All of this changes when Krista starts dating Nadine’s older brother, the seemingly perfect – but terrible and narcissistic – Darian (Blake Jenner), and with her only real friendship in jeopardy, Nadine’s life takes a momentary tailspin. Her mother (Kyra Sedgwick) grows increasingly flummoxed at her daughter’s behavior, and throughout it all Nadine finds comfort in a caring but prickly relationship with her teacher, Mr. Bruner (a receptive and effortless Woody Harrelson) and a new friendship with her awkward classmate, Erwin (a scene-stealing Hayden Szeto).

The time and effort put into research by Craig – who wrote and directed – is apparent, resulting in a film that is just as much for millennial teens as John Hughes movies were for the teens of the ’80s. It’s far from destined to be stuck in time as a relic, though. For every moment in which Nadine lounges on the couch watching “Futurama” or listening to Cage The Elephant there’s a moment of heartbreak or themes of loss that ground it in a reality everyone can understand. “The Edge of Seventeen” isn’t reinventing the wheel, but it’s giving these vehicles a necessary and timely tuneup.

The film is greatly aided by a strong cast, led by Steinfeld, who’d until now failed to find a role that tapped into her particular talents the way “True Grit.” Nadine’s written to be unlikeable: mean to those around her, rude to strangers and incapable of looking outside of herself to comprehend others and their suffering. She’s a teenager. But Steinfeld has never been better, and imbues the character with just enough vulnerability, offbeat humor and heart to make her worth rooting for. The chemistry she shares with her costars shines, and she develops very significant and different dynamics with each. Her rapport with Harrelson stands out with such a comfortable back-and-forth you’d think they’ve been acting together for years.

Jenner surprises as Darian, mainly because the script surprises us with the character. The audience is very purposefully introduced to this character through Nadine’s eyes; we at first see him as she does. Over the course of the film the script peels back the layers of the character to find someone perhaps more adjusted than Nadine but certainly not living as perfect life as she suspects. Szeto as a potential love interest is so disarmingly charming and so confident onscreen that it’s perplexing to find so little on his filmography. This should be the start of an interesting career.

With this follow-up to a first feature-length script (the lackluster “Post Grad”) Craig has armed herself with one of the best films of 2016, and one of the best coming-of-age stories in the past 20 years. Perfectly balancing humor and drama and all that falls between, and heartfelt about the necessity of laughter in dark times, “The Edge of Seventeen” is a confident and emotive film about a teenager trying desperately to be comfortable with herself and falling short at times, hitting life’s regular snags. Accompanied by a superb soundtrack and a tight and compact script, “The Edge of Seventeen” will linger.