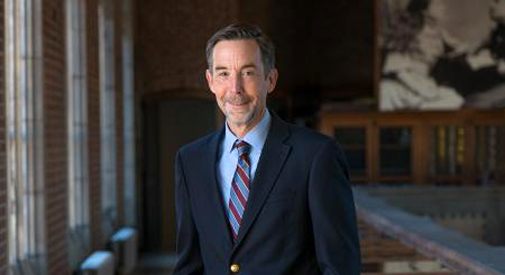 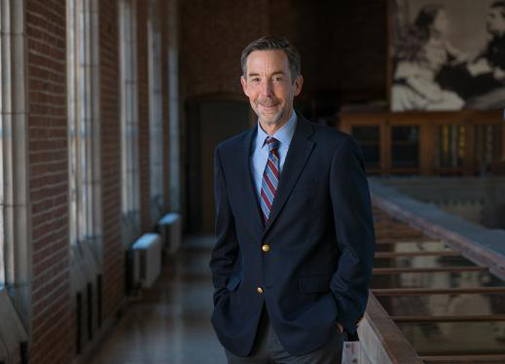 Whalen’s experience includes development roles with organizations from Catholic Charities and the Union of Concerned Scientists to Partners in Health and the New England Aquarium. For 15 years, Whalen has also been teaching philanthropy and sustainable international development to MBA candidates at Brandeis University.

Engaging potential donors in the mission forms the basis of Whalen’s approach. “You’re a liaison between the incredible work of the organization, its mission and its aspirations and people who value that, who want to share in the mission,” Whalen explained.

He has worked extensively on global health issues facilitating funding to maximize opportunity for populations on the margins of society. By understanding their interests and stories, Whalen helps potential donors participate in ways that reflect their own worldview and allows them to be a part of something beyond their own sphere, to create change that will outlast them.

“Perkins is on a path to prepare even more students to take their places in the world and, in fact, to better prepare the world for our students. That will require an even more robust development strategy,” said Dave Power, Perkins’ president and chief executive. “David Whalen will help us get there. A teacher, a team builder, he will guide our development strategy to connect with donors whose values align with Perkins as our mission expands – nationally and internationally.”

Perkins was founded in 1829, the first school of its kind in the country. To elevate its fundraising profile, Whalen said he would take the long view. He will be charged with stewarding the school’s rich philanthropic history by growing and strengthening the Perkins Trust, already a highly respected and successful development group. Perkins’ global mission is diverse, and Whalen recognizes the importance of innovating and energizing the 187-year-old institution to stay focused and on message with donors, while staying out on the cutting edge.

“Good philanthropy is always patient and never transactional,” Whalen said. “By that I mean, if it’s to be genuine, it must be built on solid relationships and that takes time. I want my contributions to be worthy of the storied history of this place.”

Whalen assumed his new role at Perkins on Dec. 12.

More information about the school is at Perkins.org