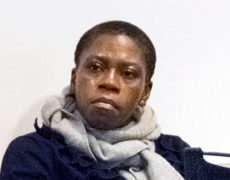 Improvements are applauded, but out-of-district numbers surprise
By Jean Cummings 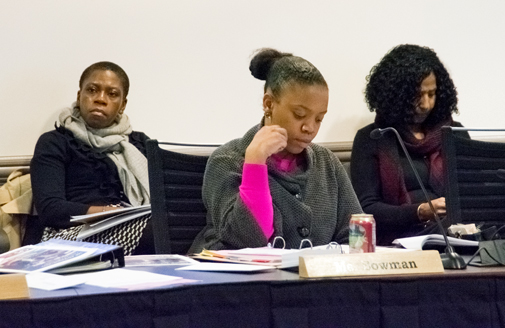 Assistant Superintendent for Student Services Victoria Greer is set to leave, becoming the new superintendent of schools in the town of Sharon, some 30 miles south of Cambridge, the school committee there announced today.

“I’m not surprised,” said Karen Dobak, co-chairwoman of the district’s parent advisory council on special education. “Victoria Greer is one of the best hires Cambridge has ever made.”

“Dr. Greer has done a wonderful job in Cambridge and brought great energy to CPS,” School Committee member Emily Dexter said. “It will be hard to fill her shoes, but I’m glad she’ll be in the area. The Sharon school department will be lucky to have her as their superintendent.”

Greer said she hoped to stay until the end of the school year “to complete the work we have started, focused on our goals this year” and to help with transition to new leadership in her department.

“I spoke with Dr. Greer this morning and offered her my congratulations,” Superintendent Kenneth Salim said. “She has been a tremendous part of our team, bringing her strength, vision and leadership.” He said he and Greer will work together on the upcoming transition. Salim said he has heard often from special education families this year of their support for Greer and her work and called the shift in her department’s approach a “sea change – one that we want to continue. We are committed to building on her successes.”

Greer refocused the department around the principle of creating “the least restrictive environment protocol” for students getting an Individualized Education Program, with an emphasis on recognizing that all students need some kind of support and that identifying and providing the right level of support for each was the critical mission of her office. Under her guidance, the former “special education department” was renamed to reflect a goal of helping all students succeed; expanded to include “advanced learners” as well as students identified as having disabilities; and also significantly reorganized, ruffling feathers at the time among department staff. Of the 6,900 Cambridge students, roughly 20 percent are identified as special needs. They are serviced with a budget of $52 million, which is $10 million higher than the entire Sharon district budget.

Before her hire, complaints about the special education department by families were legion, but with Greer the tone has changed dramatically. Almost overnight, the various special education advisory council members appeared before Cambridge’s School Committee as fans of her work.

“Under her leadership the past three and one-half years, more progress has been made in improving education for students with disabilities than had been made for many, many years in Cambridge,” Dobak said. “She placed the needs of children over the needs of adults.”

The reorganization, though difficult for some staff, worked wonders for the families, Dobak said. “Finally, parents know who to turn to. Lines of responsibility are clearly identified and there is actually planning taking place around the child. That didn’t happen before Victoria.”

Greer was hired with a specific goal of addressing the growing use and cost of placing special-needs students in out-of-district resident and day schools. Students are eligible for out-placement if it is shown that their needs cannot be met otherwise. In her first year, about 150 students were out-of-district, at a cost of more than $13 million – about twice the state average, but lower than its high two years earlier. Greer attributed the drop to the creation of an in-district autism program, and said that she hoped to keep creating in-district alternatives to out-placement.

But since hitting a low of 136 out-of-district students in the spring of 2015, the numbers and costs have been rising – often unexpectedly. This year 176 students are out-of-district, at a cost of $15.4 million, which is $2.2 million over what was budgeted for the year. Greer has been questioned repeatedly by School Committee members about why costs are rising, and why they have been so hard for her to anticipate. Greer has acknowledged the difficulty, noting that a growth in out-of-district placements is seen statewide, but also that Cambridge’s rate is still twice that of the state average.

In the past, Greer has suggested that to some extent Cambridge, because of its high expenditures per pupil, may attract some families who need significant services from other districts. She also points out that stresses and trauma from poverty and other issues are higher in urban areas. The district policy of providing school choice, Greer adds, applies also to families eligible for out-of-district placement: Cambridge families can choose from among schools the department identifies for them, while in other districts families often have only one option.

Greer is in contract negotiations with Sharon. Her departure makes the second of the three assistant superintendent jobs created by Young that will be filled by Salim, who is in his first year. He hired Assistant Superintendent for Curriculum and Instruction Anda Adams this summer to replace Jessica Huizenga, who was appointed by the state Secretary of Education as receiver of the Southbridge public schools. Longtime employee MaryAnn MacDonald, who oversees the elementary schools, was promoted by Young for the third position.