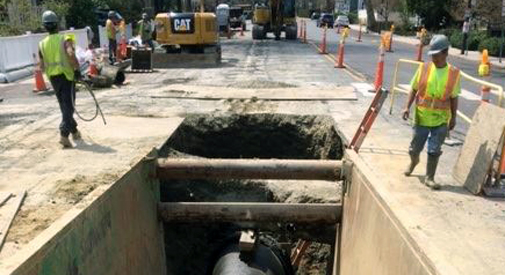 ‘Socially constructive and useful,’ though possibly not advised for all
By Chloe Reichel 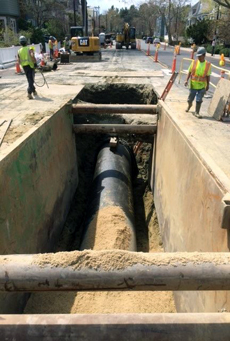 Cambridge officials are gearing up to issue the first-ever round of municipal minibonds, available only to residents.

The bonds are “mini” because they can be bought in denominations as low as $1,000 and will be capped at $20,000, and paid off within five years. Previous municipal bond sales in Cambridge required a minimum investment of $5,000, and most bonds mature at the end of at least 10 years.

The city is making $2 million in minibonds available for sale Feb. 17-23. Investors will collect interest, which is tax-exempt, on a semi-annual basis, and in 2022 the principal will be paid back. Some details about the bonds have yet to be released, such as its rating; a preliminary statement is set for release Feb. 13, and on Feb. 17 the city and its issuing partner, Neighborly Securities, will announce the interest rate.

“This is really good for the residents, because this is bringing back money from Wall Street to Mass Ave., and giving people the ability to invest in their community,” city councillor Leland Cheung said after their introduction by City Manager Louis A. DePasquale at a Jan. 23 council meeting.

While the interest rate has yet to be determined on the bonds, Jeana Franconi, director of the city’s Budget Department, told the council Jan. 23 that the rate for bonds issued that day was 1.6 percent. Assuming the rate does not fluctuate substantially before Feb. 17, these low-risk bonds will also offer modest returns.

Jim Campen, a retired professor of economics at the University of Massachusetts at Boston, called the minibonds a “socially constructive and useful” investment opportunity, and viewed the offering as a means to increasing civic engagement. He likened it to the city’s participatory budgeting program begun in 2014, which lets residents vote each year on the allocation of hundreds of thousands of dollars in capital funds for community projects.

Still, some have concerns. Councillor Nadeem Mazen expressed worries about the accessibility and value of the investment opportunity for lower-income and middle-class residents.

Such bonds might be more attractive to wealthier investors as one component of a larger, diversified portfolio, he suggested.

For small investors, “something like this could really be paired with financial planning opportunities, and for those where bonds aren’t the best vehicle, maybe there are other somewhat low-risk but also probably higher-return options that could be availed of them,” Mazen said. “It’s precisely those who aren’t investing in bonds who would need that advice and those opportunities the most.”

Campen agreed the minibonds would not be a smart investment for someone whose entire savings amounted to $5,000 – it would be unwise to make that money inaccessible for five years, or face penalties for having to sell early. But, comparing it with five-year certificates of deposit, citing local banks’ rates ranging from 0.15 percent to 1.5 percent interest, and standard municipal bonds, Campen said that the bonds were not a bad investment.

As a point of comparison, a five-year bond with the state’s Turnpike Authority coming due Jan. 1, 2022, offers 1.91 percent interest. The national median for five-year AAA-rated municipal bonds is 2.02 percent, according to data from Fidelity Investments. Cambridge has maintained that top rating for 17 straight years.

Neighborly has steps in place to make sure the bonds are a good fiscal match for potential investors, Franconi said. Prospective buyers will have to fill out a questionnaire, which representatives from Neighborly will review before authorizing the order.

For residents who wish to learn more about the bonds, representatives from Neighborly will be available at City Hall from 6 to 8 p.m. Feb. 15 and Feb. 21.

This post was updated Feb. 2, 2017, to add the “Bond returns” explanatory graphic.