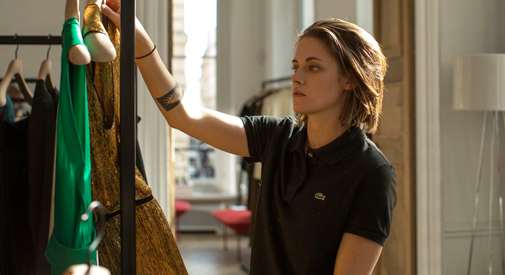 Superficial in its aesthetic but thematically soulful, Olivier Assayas’ “Personal Shopper” is enigmatic – just like its star. Kristen Stewart carries the film in Assayas’ latest, following their team-up in “The Clouds of Sils Maria,” which had, until this point, offered the strongest performance of Stewart’s career. With “Personal Shopper” there’s finally a vehicle that totally and completely understands the awkward allure and delicate androgyny that’s caused her to be so divisive to audiences. There’s a sense the film wouldn’t have been a success without her. 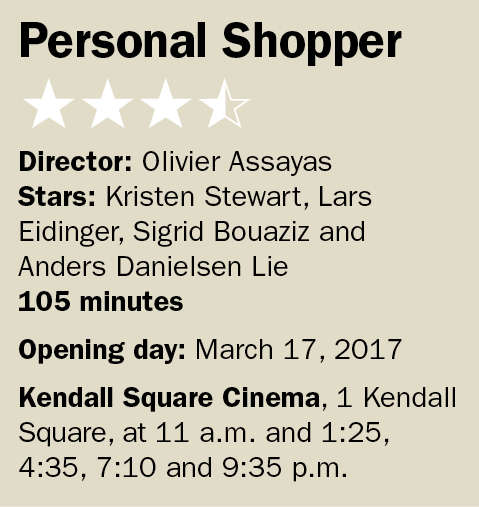 Stewart plays Maureen, a personal shopper living in Paris who also happens to be a medium, believing that the ghost of her deceased twin brother wants to make contact with her. The story tracks her quiet and contemplative journey through grief, including self-inflicted isolation stemming from her loss and the nature of her work. A ghost story seen through the lens of the shallow and seedy underworld of fashion isn’t the most obvious of pairings, and there are moments when we wonder what the outcome might’ve been had the film picked one theme and stuck with it. But what ultimately makes “Personal Shopper” so memorable – for better or worse – is the limbo between the two worlds Maureen lives in; and what makes it even more captivating is when we see beyond the differences and instead glimpse the linear link between the two. The unveiling of the nature of the spirit stalking her and the desire to be seen intertwine to create an unnerving and moving story about a young woman trying her hardest to not become a ghost herself.

Maureen spends much of the film in silence, traveling between cities to buy her employer’s wardrobe, often sauntering between rooms playing dress-up in the clothes and identities of others, or zipping around the streets of Paris on her motorbike. When she’s not in motion she’s texting, trying to come to the truth of who is behind the anonymous messages she’s getting – and if they are from her brother, why? What’s the intent?

The cinematography captures Stewart’s unique elegance with ease, whether she’s in fine designer wear or jeans and a leather jacket. Due to how little of the story is told through dialogue, much needs to be relayed other ways; luckily for the film, costume designer Jürgen Doering is on board to grow the world of the story. On top of that, there’s Yorick Le Saux’s work as cinematographer, never allowing the audience to forget that despite its superficial nature and extravagance, this is very much a ghost story. His lighting fills the corners of rooms with shadows, and bathes Stewart in almost a sheer, white glow. Nearly capturing the look of a perfume ad (but without the negatives that implies), “Personal Shopper” is as beautiful to watch as the clothes Maureen tries on.

Assayas (who wrote and directed the film) leans heavily on his leading lady to power a story about loss and moving forward in life without allowing the ghosts of your past to drag you down, but he deserves similar credit in building such an emotional storyline around vapid subject matters. Where “Clouds of Sils Maria” often sunk amid its own pondering of ageism, celebrity and notoriety, “Personal Shopper” is more than happy to waft through its themes without ever feeling as if it’s preaching. The film is a tone poem, content to experience Maureen’s failures and triumphs.

But that wouldn’t be nearly as effective without Stewart, who truly is captivating here. An actress who’s managed to capitalize on her own brand and essence, using it to add strength to recent roles, Stewart makes “Personal Shopper” perhaps her best performance to date because it’s not asking her to lose herself in a character. We feel Maureen’s vulnerability and fear because Stewart feels so effortless in the role.

“Personal Shopper” is going to win as many fans as it racks up naysayers, as has been the case since its premiere at Cannes last year. But audience members willing to embrace it are in for something special: a film happy to meditate on the process of grief through a genuine cinematic mold.