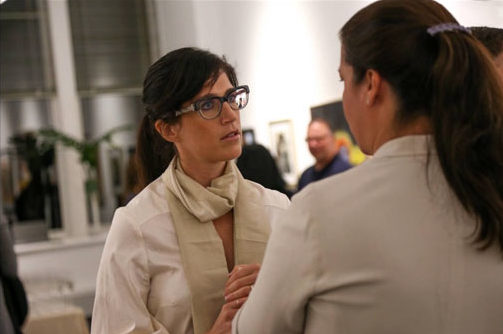 Olivia D’Ambrosio became interested in running for City Council when Donald Trump was elected president. She said she wanted to combat current trends in national politics by bringing visibility to the marginalized groups to which she belongs – women, the LGBTQ+ community, and a dwindling middle class – and by putting forward a progressive agenda within city government.

“Cambridge can and should be a shining beacon and the standard bearer of what a truly progressive community looks like,” said D’Ambrosio in a Friday interview.

But almost as electrifying was another experience more specific to Cambridge: exploring the housing market, which D’Ambrosio said made her realize how difficult it is for people making a middle-income salary to live and stay here.

When considering solutions or initiatives that would support middle-class residents, she emphasized, she does not support demonizing certain groups, such as students, technology companies or newer residents. “There has to be a system in which we’re all contributing to this community and making it better, as opposed to trying to limit any one group’s mobility or contributions.”

D’Ambrosio is among 10 challengers have announced their candidacy for the nine-seat City Council – a figure that accounts for potential candidates Theodora Skeadas and Taylor Thompson opting not to run; four incumbents have also kicked off their campaigns, while councillors Nadeem Mazen and David Maher have announced they will not seek reelection. Nomination papers become available July 3; Election Day is Nov. 7.

A resident since 2015, D’Ambrosio works as the producing artistic director of the Bridge Repertory Theater, a Cambridge nonprofit, and is an instructor in the Department of Music and Theater Arts at the Massachusetts Institute of Technology. She began working in theater during her college years at Amherst and moved to Boston in 2011 after receiving a Masters in Fine Arts in acting at Brown University. As a newcomer to campaigning and potentially to political office, she said her arts advocacy and management skills could be valuable on the council.

“I think organizing theater is related to community organizing in that it’s like a template or a microcosmic example of what it takes to address problems,” she said, noting that her role at Bridge includes finding the right people to be on artistic and production teams and making performances work with limited funds.

For D’Ambrosio, theater is a form of public service. She said she hopes Bridge becomes a “community space where people use the performances as a gateway to expanding their humanity, and essentially their citizenship.”

Bridge, which up until now has not had a permanent home, recently began a one-year residency at the Multicultural Arts Center in East Cambridge. She hopes the residency will be extended. “We will now be able to have a consistent dialogue,” D’Ambrosio said. “I’m really excited about having the theater in Cambridge because it means we can really work with the community to understand what stories are important to them.”

Central to D’Ambrosio’s resistance to current national policies is environmental protection. “I don’t care who you are; climate change, and adaptation to climate change, has to become everyone’s top priority.” She says that although she’s not an expert in environmental science, she intends to support policies and initiatives aimed at mitigating the effects of climate change. “If we don’t deal with climate change, none of the other stuff is going to matter, because none of us are going to be able to live here.”

It matters all the more because her exploration of the the housing market wound up a success: She recently became a Cambridge homeowner.