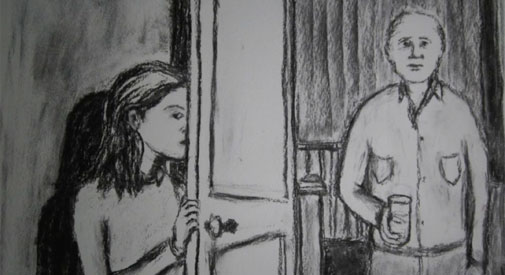 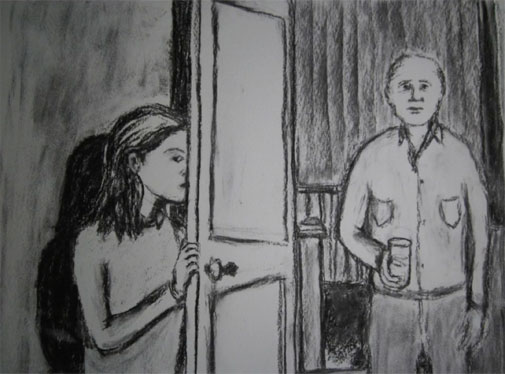 Five pieces of media produced at Cambridge Community Television will be recognized as winners in the national Hometown Media Awards set to be given during the Alliance for Community Media conference planned for Minneapolis in July.

Anne Pierre, a participant in CCTV’s Youth Media Program, produced two of the five winners. In the student experimental category, “Stream of Consciousness” explores identity, relationships and self-knowledge based on stream-of-consciousness writing. “Hanging by a Thread: Anything Can Happen” placed first in the student “underserved voices” category. Set in the Harvard Square T station, it explores Wilnert Guillaume’s experience with homelessness.

CCTV member Susan Chasen placed first in the independent producer animation category for “Death’s No Fun,” which follows a young girl into a reputedly haunted house, where unexpected occupants challenge her skepticism.

“This is my first hand-drawn animation – it was a chance to bring to life a story written by my daughter, Rebecca Mazur, when she was in fifth grade,” Chasen said. “What I love about it is that it is both a cautionary tale and its opposite. Fearlessness is a virtue, but all knowledge comes at a price.”

CCTV staff members Sean Effel and Susan Fleischmann placed first in the professional “Democracy in Action” category for “CityView: Participatory Budgeting,” produced for the City of Cambridge and its 22 CityView. In it, host Tonia Magras from the City Manager’s Office interviews budget analyst Michelle Monsegur to learn more about the city’s Participatory Budgeting process, in which residents have input into the spending of a portion of the city’s capital budget.

To watch the projects, and to see a complete list of the awards won over the years at the organization, which operates local cable channels 8, 9 and 96, visit cctvcambridge.org/awards.